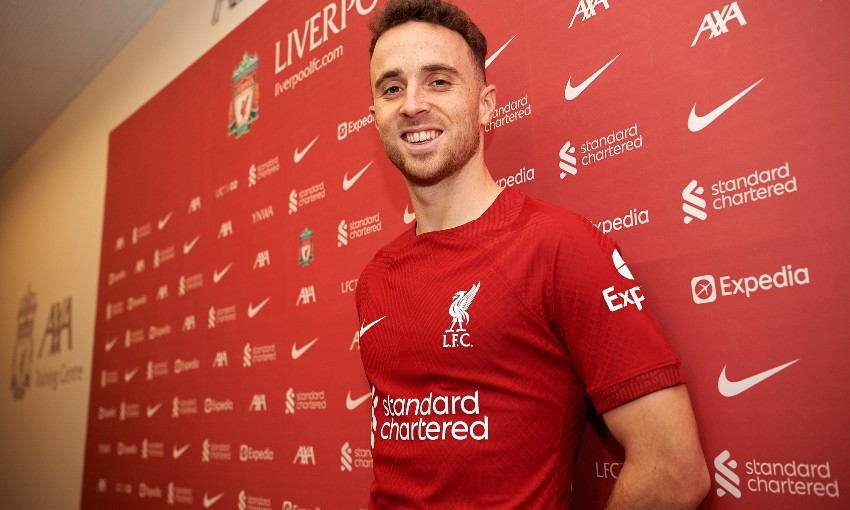 Jürgen Klopp has welcomed the 'brilliant news' of Diogo Jota committing his future to Liverpool.

The forward signed a new long-term contract with the club on Tuesday to extend his Anfield career, which began after a switch from Wolverhampton Wanderers in September 2020.

Jota slotted seamlessly into Klopp’s set-up following his arrival and scored 34 times across his first two seasons, as well as picking up Emirates FA Cup and Carabao Cup winner’s medals in the 2021-22 campaign.

Reacting to the No.20’s new deal, Klopp told Liverpoolfc.com: “What Diogo has brought to this team and this club since he arrived is there for all to see, so it is really good news that he has signed a new contract.

“Brilliant, brilliant news, I would say.

“His qualities are obvious. He scores goals – not a bad quality – he works unbelievably hard for the team, his pressing and counter-pressing are on an unbelievable level, he can play in all of our attacking roles and he has an incredible attitude. Not a bad package. Not bad at all.

“As a striker who can play on the wing, he gives us so many options and since he came to Liverpool he has improved so much.

“I have said before that Diogo is the player we hoped he would be but also a little bit better, so long may this continue.”