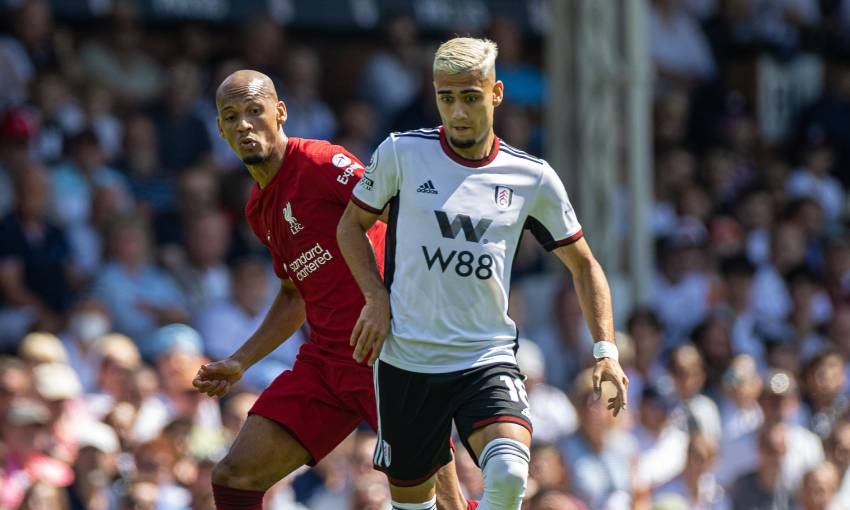 Liverpool played out a topsy-turvy 2-2 draw with Fulham at Craven Cottage on the Premier League's opening day.

Jürgen Klopp's side fell behind in the first half to a Alexsandar Mitrovic strike before substitute Darwin Nunez levelled after the change of ends.

Mitrovic again put the hosts in front from the penalty spot though Salah struck in the final 10 minutes to earn a point.

Alisson Becker returned in goal as Liverpool made one change for their Premier League opener following the FA Community Shield victory over Manchester City.

Thiago Alcantara was also handed his 50th league appearance for the Reds in the capital.

The hosts began the game on the front foot and signalled an instant threat inside the opening minute through Mitrovic who prodded a shot wide of the post.

Klopp’s side threatened for the first time on the 15-minute mark, seeing Luis Diaz curl an effort into the net only to be denied by the offside flag following Andy Robertson’s earlier forward run.

Salah’s header flew wide a short while later while Joel Matip was forced to block a drive from outside the box.

Fulham had the lead just after the half hour mark, Mitrovic leaping highest at the back-post to head home a Neeskens Kebano cross.

The Reds almost had an instant reply before half-time, though, as Diaz slid inches from Robertson’s low ball before the winger struck the woodwork with another dipping shot.

Liverpool made a double substitution early in the second period, introducing both Nunez and Harvey Elliott from the bench - the latter replacing Thiago in a forced change.

It was the hosts who almost struck again with Kebano hitting the post thanks to a well-hit shot from inside the box.

Nunez and Salah combined to force Marek Rodak into a point-blank save after the hour, though levelled for the Reds in an identical move just a minute later.

Salah delivered low from the right and the No.27 produced a clever flick to level the scoring.

Fulham cleared off the line from another Nunez effort while Diaz saw a volley deflected wide of the post.

Against the run of play, the hosts won a penalty as Virgil van Dijk tangled with Mitrovic after a swift counter.

Following a VAR check, the striker converted from 12-yards to restore the advantage for Marco Silva's outfit.

The Reds responded and again levelled the encounter inside the final 10 minutes of the match.

A ball forward from Trent Alexander-Arnold found Nunez, whose touch fell to Salah to slide the loose ball into the net from close-in.

Jordan Henderson struck the crossbar from distance in added time though the Reds had to settle for a draw.