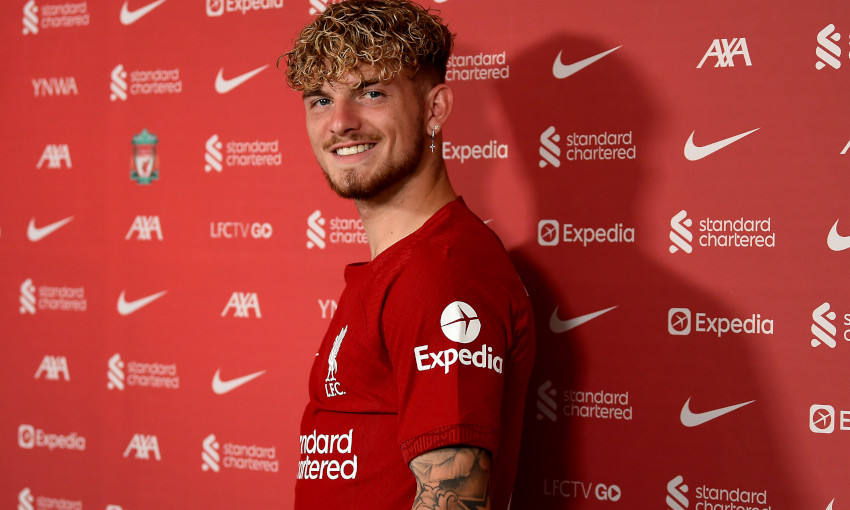 Jürgen Klopp reflected on Harvey Elliott signing a new long-term contract with Liverpool Football Club and declared: "What's not to like about it?"

The 19-year-old committed his future to the Reds – the club he’s supported since childhood – by putting pen to paper at the AXA Training Centre on Thursday.

Elliott has made 22 senior appearances to date since his move from Fulham in 2019, though a serious ankle injury sustained last September restricted his number of runouts in 2021-22.

Nevertheless, with a full pre-season behind him, Klopp anticipates the midfielder will continue his impressive development in the coming years.

“There is so much to like about this,” the boss told Liverpoolfc.com. “For us, as a club, we get to continue our journey with a special young player who has already made a big impact on Liverpool FC.

“For Harvey, he gets to carry on developing, improving and hopefully fulfilling his incredible talent at the club he has always supported. What’s not to like?

“Harvey got a big knock last season but, like all of the experiences he has had so far, he used it to grow as a person and a player.

“It was always obvious that he was a good footballer but taking the next steps was always going to be about using information and experiences to grow and this is exactly what Harvey is doing.

“Now it is all about carrying on enjoying his football as much as we enjoy watching him develop. It is an exciting time for him and for us.”