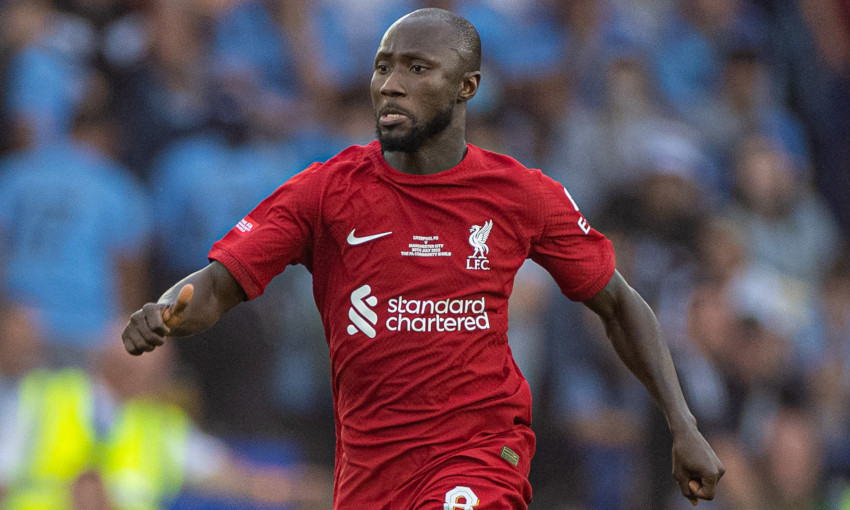 Liverpool are set to welcome Naby Keita back into their squad for Monday's visit of Crystal Palace to Anfield.

The midfielder missed the Reds’ opening-day draw at Fulham due to illness, but is ready to return to contention for the encounter with the Eagles.

Jürgen Klopp’s men will, however, be without the services of Thiago Alcantara, Curtis Jones and Alex Oxlade-Chamberlain in terms of midfield options.

Kostas Tsimikas could also be back after a knock kept him out of the trip to Craven Cottage last weekend.

Klopp said on Friday: “A couple of boys are coming back: Naby will be back for Monday and Kostas will train today for the first time so he might be back as well. That’s the situation.”

Two members of the squad are in line for milestones should they be named in the XI against Palace: Trent Alexander-Arnold would clock up his 150th Premier League start, while Roberto Firmino’s would be his 200th.

Meanwhile, Palace midfielder Michael Olise is closing in on a return following his foot injury, though the fixture will come too soon for James McArthur and James Tomkins.

“Michael trained all week with the team, so there is a chance that he will be with the squad,” Eagles boss Patrick Vieira told reporters. “The other two, it will be too short for them.

“[Nathan Ferguson] just had a setback. It’s too early to talk about but obviously he didn’t train in the last couple of days with the team.”