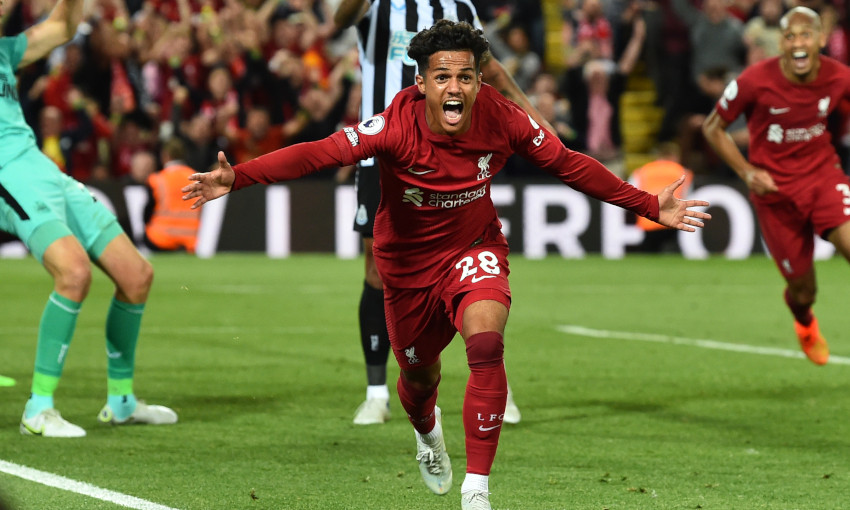 Alexander Isak’s clinical strike seven minutes before the interval handed the visitors a lead but the Reds moved back on terms courtesy of Roberto Firmino’s hour-mark equaliser.

And the home side’s pressure to produce a winner paid off deep into stoppage time as substitute Carvalho thrashed a loose ball off the crossbar and in to snatch three points.

Curtis Jones and Joel Matip were back on the substitutes’ bench following their return to fitness.

With the momentum of that huge victory last weekend carrying them, the Reds made a positive start to proceedings back out at Anfield.

But it was the Magpies who fashioned the match’s initial opportunities, the first falling to new arrival Isak, who hooked a 20-yarder too high at the end of a slick 11th-minute counter-attack.

Ryan Fraser was teed up for a strike from a similar position when picked out from the left flank by Matt Targett’s pass, but his neat spin on the ball preceded a slice over the upright.

Liverpool began to find some joy with forays down their left-hand side as Luis Diaz and then Andy Robertson were worked into space on the byline, though on both occasions Newcastle cut out their attempt to find a teammate in the middle. 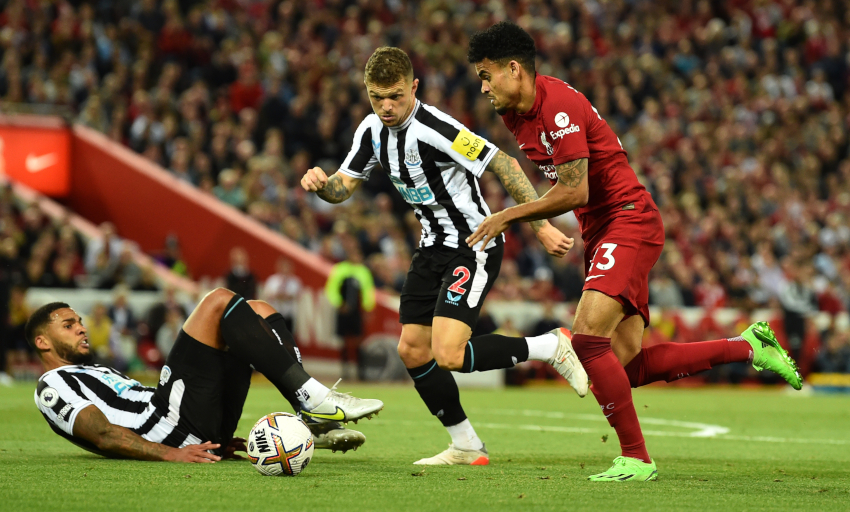 Kieran Trippier sent a free-kick from a promising spot at the edge of the box into the gloves of Alisson Becker before the hosts created their best chance in the half.

Alisson’s quick, precise throw out set Harvey Elliott on the attack and Firmino then threaded a brilliant pass into the area, where Diaz rounded Nick Pope but could only fire his effort over as the angle narrowed and he lost balance.

Newcastle, instead, landed the first proper blow on 38 minutes.

Having shifted the ball infield from high on the right wing, Sean Longstaff slid a pass into the box for Isak to take on and thump a finish beyond Alisson.

Liverpool set about mounting pressure on the visitors at the restart, though Newcastle had the ball in the net again nine minutes into the second half – albeit, to be disallowed.

Isak was released in behind and surged through, stepping inside two challenges and once more powering a shot past Alisson, though the offside flag was belatedly raised and a VAR review confirmed the decision.

The Reds’ response saw Elliott draw a smart low stop from Pope after the Magpies just half-cleared when Mohamed Salah tried to touch Jordan Henderson’s lofted pass back to Diaz.

Klopp’s men only had to wait a few more seconds to level, however, and it was Firmino who followed up his brace last weekend with the equaliser.

Elliott’s flicked ball out to the run of Salah along the right channel on the hour mark allowed the Egyptian to pick out Firmino’s arrival into the area and he unerringly swept a finish into the bottom left corner. 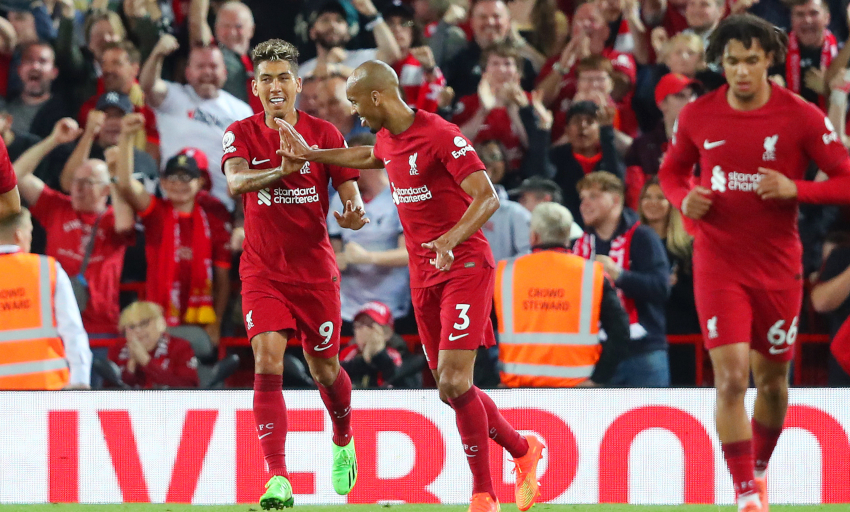 The manager deployed a triple change with 20 minutes remaining as Carvalho, James Milner and Kostas Tsimikas entered the fray.

Diaz was twice foiled by Pope – from a long-distance hit and a deflected close-range effort – and Fabinho rifled just over the bar late on as Newcastle looked to have successfully frustrated Liverpool in the latter stages.

But, with practically the last kick of the contest more than seven minutes into added time, Milner’s corner was kept alive inside the box by Salah and Carvalho swept it high into the goal to grab victory and send Anfield wild.