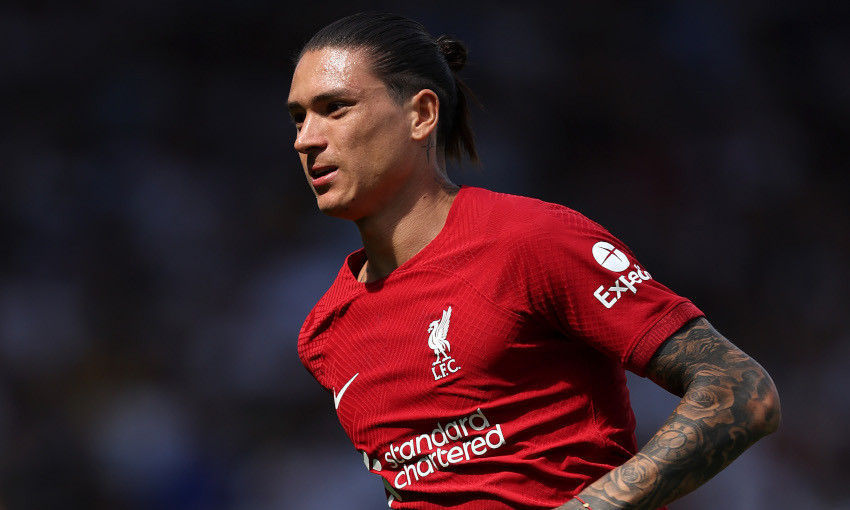 Darwin Nunez starts and Arthur Melo is named on the bench for Liverpool against Everton this afternoon.

The forward returns straight into the XI at Goodison Park after completing a three-match ban as the Reds make three changes.

Fabio Carvalho is handed a full debut in midfield, while Kostas Tsimikas comes into the back four.

Arthur takes a place among the substitutes after receiving international clearance following the completion of his season-long loan deal from Juventus on Thursday.

Diogo Jota is also named on the bench after injury.