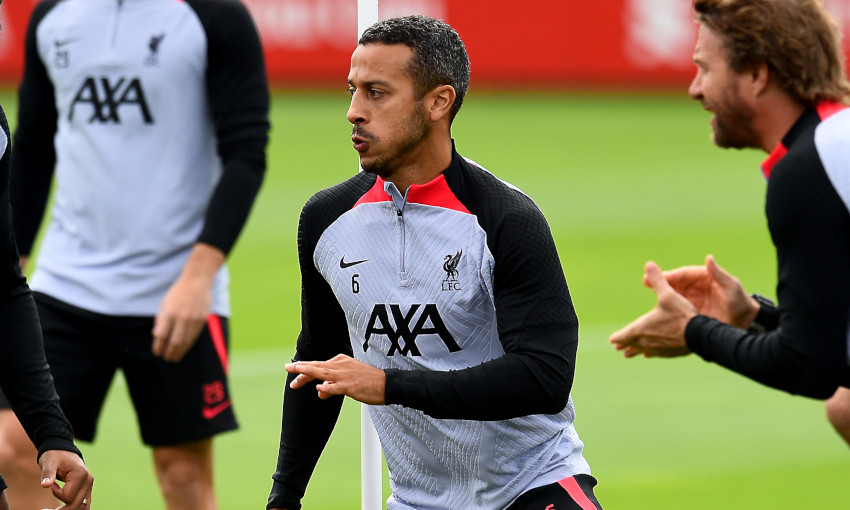 Jürgen Klopp has confirmed Thiago Alcantara is in contention to feature against Napoli, but Jordan Henderson is likely to be out until after the September international break.

Thiago has returned to training and was part of the 21-man Liverpool squad that landed in Italy this evening for Wednesday night’s Champions League Group A opener.

Speaking at his pre-match press conference in Naples, the boss said of the midfielder’s availability: “Thiago, back in training, second day today. [It] means he is ready; for how long, we will see.”

Henderson faces a spell on the sidelines, however, due to the hamstring injury he sustained during last week’s Premier League win over Newcastle United.

Asked for an update on the Reds captain, Klopp said: “And Hendo, yeah, we have the result of the scan. It will be after [the] international break, I think, he will be back.”

Fabio Carvalho and Curtis Jones also missed the trip to Naples and the manager provided details on the issues that have ruled the pair out.

He said: “Curtis, when he was out previously he had a stress reaction in a specific bone around the tibia. It was absolutely fine, no problem anymore; trained twice, felt it again.

“It was not as bad as the first time but bad enough for not being involved in team training again, which is not very helpful.

“Fabio got a massive dead leg, which caused the muscle some problems. He is walking now normal but is no chance to train until now.

“We hope now every day it will get better and he will be ready for the weekend but I’m not 100 per cent sure.”