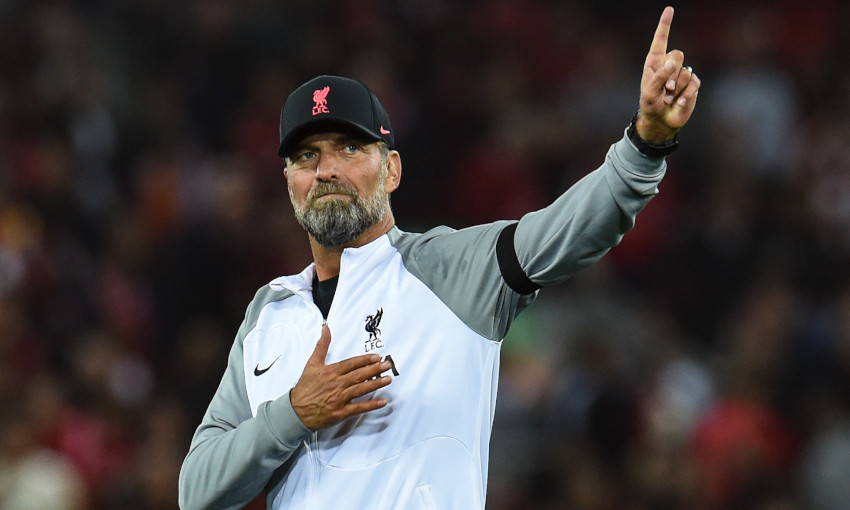 Jürgen Klopp explained why the character Liverpool showed in clinching a late 2-1 win against AFC Ajax was the most important factor of the night.

The Reds responded to their defeat in last week’s Champions League group-stage opener at Napoli by digging deep to beat Ajax at Anfield.

Mohamed Salah’s breakthrough had been cancelled out by Mohammed Kudus in the first half, but Joel Matip’s superb header secured victory with 89 on the clock.

At his post-match press conference, Klopp detailed the key improvements he witnessed in his team’s performance and how it was a ‘first step’ to build on.

Read a summary below…

On the improvements he saw tonight…

It’s very important. But I think the story of the game is kind of a bit typical; not for our season so far, because usually we are 1-0 down, but for the situation we are in. You do a lot of good stuff, we played a really good game. I don’t know the exact number but I think we had 25 finishes, I heard. Which is good. Against a strong side, full-of-confidence side, absolutely convinced about the way they play. And we caused them a lot of problems. Our high press was good. The midfield press was good; could have been better in moments but was generally good. And then you concede, you are 1-0 up and you concede with the first chance of the opponent, the equaliser. So, that’s what I mean it’s typical, like a proper setback.

The reaction was OK, not perfect but OK. But in half-time we told the boys that after the goal our pressing didn’t look as convinced anymore as before. In these moments you only talk about a few yards or one harder sprint. It’s not a big difference but it makes a big difference. That’s what we tried to do again in the second half and it was clear that we had to keep playing football because for Ajax it was really tough to defend us today, they had to work a lot. You saw it immediately after half-time, it was a bit more aggression from their side – little fouls, not harsh fouls but interruptions like this. That’s always a sign [of] ‘OK, give us time’. 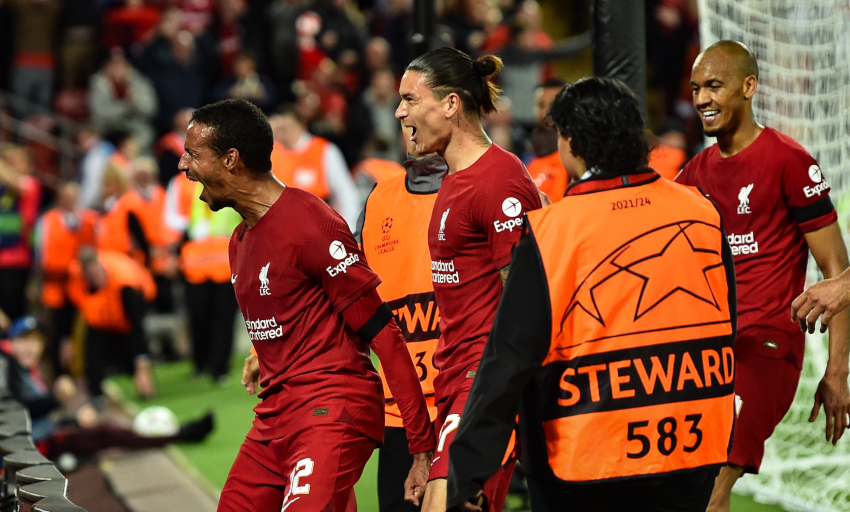 But we did really well. We had these quick set-pieces, quick restarts with Thiago, stuff like this, where we tried to make an advantage in these moments. Sometimes you have to wait a bit longer. But that it was a set-piece, I think nobody was surprised because our set-pieces tonight were really good and I have no idea why we didn’t score earlier from them because pretty much each set-piece was a threat. Great goal, then ball not in, then linesman raised his flag, which I really don’t know why; maybe he saw first that the goal was in or he has it as well in his watch. Then big celebrations and the face of Joel showed exactly how we all felt in that moment.

It is the most important thing. Nobody gets carried away tonight, it’s not that the boys sit in the dressing room and cannot get their arms down. So, it’s more relief; we showed us and the outside world we understood, we reacted. The boys really reacted, I liked that a lot. It was a super-intense game. But how it is in life, when you have a problem you want to sort it. If you want to sort it, we all hope as human beings that we sort it immediately, ‘done’. So now we put a bigger shift in, now we work harder again and that means immediately we will get everything back. But that’s not like this.

If you want, the whole story of the game is maybe a real help. I don’t think we need it, especially now with a two-and-a-half-week break until we play again, which is strange. But I was not surprised when they scored, not at all. Not because I thought we defended that bad that they should have scored, no, just because it’s pretty likely in situations like this that they don’t need a lot. And the goal they scored was incredible. I think pretty much each other shot Ali would have saved but this one was not to save, put it in the far corner. Yes, reaction to show that we are still able to do these kinds of things, that was the most important thing tonight.