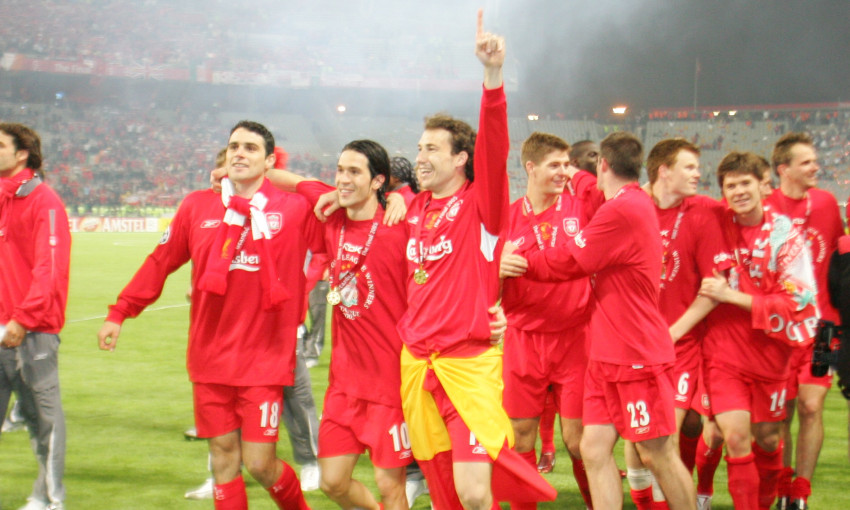 Though a challenging campaign domestically as Rafael Benitez implemented his philosophies having been appointed manager in the summer, it was an unforgettable one in Europe.

There was Steven Gerrard’s sensational strike against Olympiacos to haul the Reds through the Champions League group stage and into the knockout rounds.

Big performances to eliminate Bayer Leverkusen and Juventus were followed by one of Anfield’s loudest and most emotional occasions as Chelsea were toppled in the semi-finals.

And then, of course, Istanbul, the miraculous comeback versus AC Milan and the joyous scenes as the Reds got their hands on the European Cup for a fifth time.

The season’s ups and downs were mirrored for new arrival Antonio Nunez, brought in by Benitez from Real Madrid, whose settling-in was hampered by injury.

His Liverpool debut came 18 years ago this week, in a Premier League thriller with Arsenal, and he then started that aforementioned classic victory over Olympiacos.

Nunez went on to feature in the squad for every game of the team’s journey through the Champions League knockouts, making four appearances along the way.

He was on the bench for the dramatic glory in the final and would bid farewell to the club soon after, returning to Spain with a treasured winner’s medal to show for his year on Merseyside.

Now retired from the game and based in Huelva in the south of Spain, the former midfielder recently spoke to Liverpoolfc.com to reflect on his eventful time with the Reds…

It’s almost two decades now since you came to Liverpool, 18 years ago that you made your debut. What do you remember of that time? 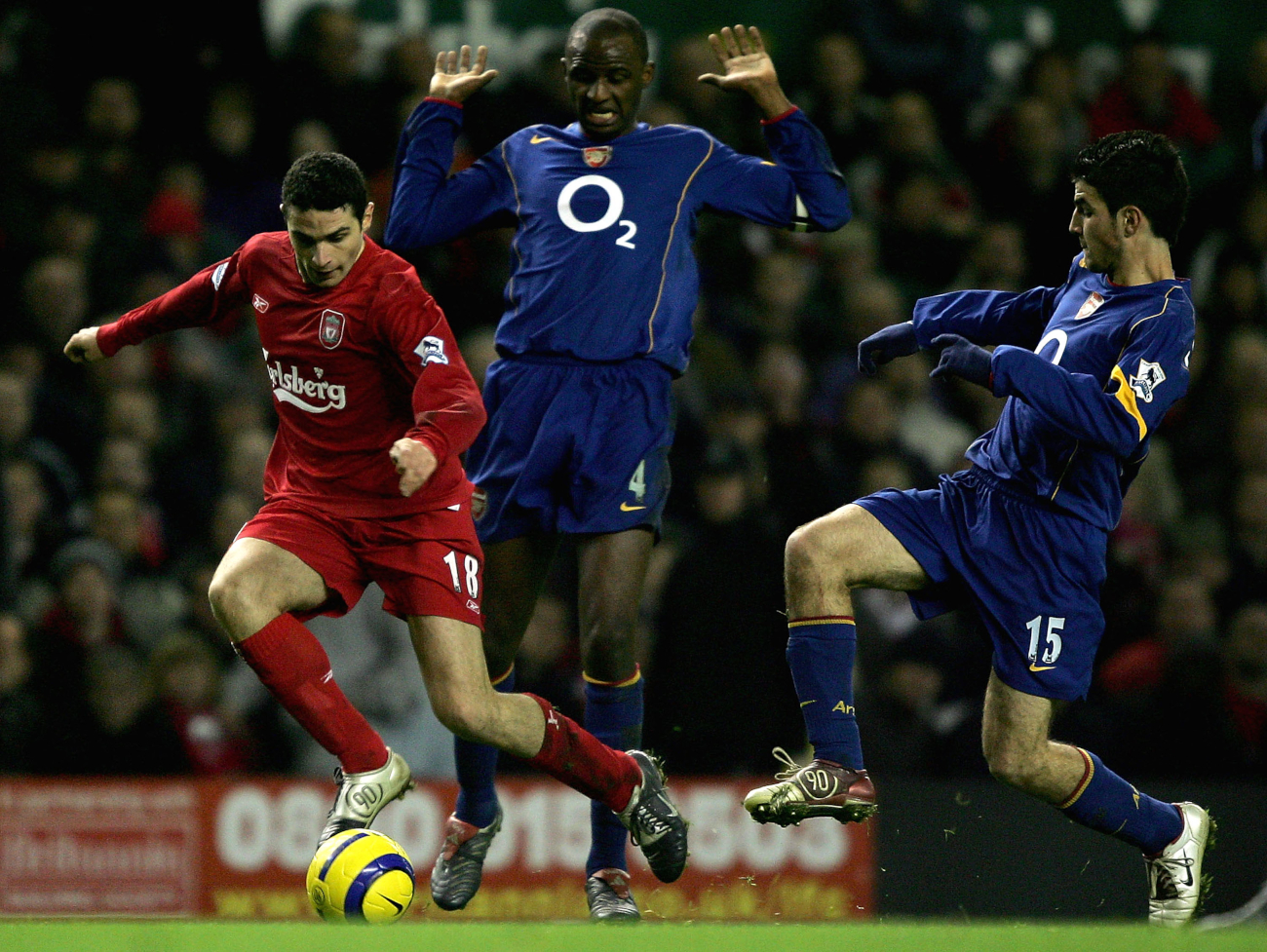 You then had a run of games in the team and there was that big Champions League night against Olympiacos which you were part of. How did it feel to play in that game and how special a moment was Steven Gerrard’s goal?

It was a challenging season for everyone, Rafa Benitez’s first in charge, but the European Cup was so special and you featured in a lot of the matches during that run…

It was an intense season. In the Premier League we didn’t perform very well, I think we were fifth. But for some reason in Europe we were getting more and more confidence in our possibilities, in our chances. I think nobody was counting on us for being there in the final, for winning it. But for some reason we were getting more confidence; Rafa was very confident in the competition too. We made a good group, a good team. Probably other teams had better squads but I think we had a better group, a better team, that’s why we managed to reach it.

In terms of atmospheres, would the semi-final against Chelsea be right up there as the best night you experienced?

Yes, I remember that game very well. First of all, because the feeling of being in the Champions League final, to qualify for the final was unbelievable. And also because of that atmosphere. During the whole year, during the whole season we had a special fight against Chelsea so fighting each other in the semi-finals, they were very intense games. Also because of how it was with this Luis Garcia goal he scored that day. The atmosphere in that game was probably one of the best I have experienced.

You mentioned how much it meant to you to debut in the Champions League, so what did it mean to you to actually lift the trophy in Istanbul?

That was something I think you need time to really get to know what you have reached. In that moment you just enjoy, you feel like crazy, you feel like a great party, but you need a little bit of time to think about it, to think what you have done, what you have reached. That is something you have dreamed of since you were a child. It was very special and also because probably it’s the final that everybody remembers, not only Liverpool fans but every football fan remembers that final. When they ask you, ‘Which final did you win?’ I say, ‘2005.’ ‘Oh that one, that was the best final we have ever seen.’ Everybody remembers where they were for that game or what they were doing. Everybody remembers that game. It’s really beautiful, not only to be a Champions League champion but also in that historic game.

You left Liverpool the following summer. How did that move happen? Were you ready to go or had you hoped to stay longer?

I had one more year [on my] contract. I was wanting to stay, to stay one more year to try to perform better. Because I wasn’t happy with my performance in that year, because of this injury I never felt I was at the level of the rest of the squad physically. I didn’t get the pace of the team. It was not my best season, my best performance. So, I really was hoping to have one more year to show something more. But sometimes it’s not your decision, the coach wasn’t counting on me for the next season. That’s a normal thing in football and you have to look for another solution, another team. From the moment the situation is like that you don’t have to think too much, just to look for your future and the best option. The option was to go back to Spain, to Celta Vigo. It was sad for me because I was very happy in Liverpool, with the fans, with the atmosphere in Anfield, I loved the city, so I was happy there. But that’s football, you don’t have to think too much about it, just try to do your best in the next team and that’s all.

Do you still feel a connection to Liverpool? Do you follow results? Do you bump into fans?

Yeah, of course. I wouldn’t say I watch more games of Liverpool than Real Madrid but more or less the same. I follow both, I really watch almost every game of Liverpool. I sometimes go there, I was at Anfield not too long ago. I want to go again this season to watch a game. Of course I have a connection, of course it’s one of my teams and I enjoy a lot every victory.