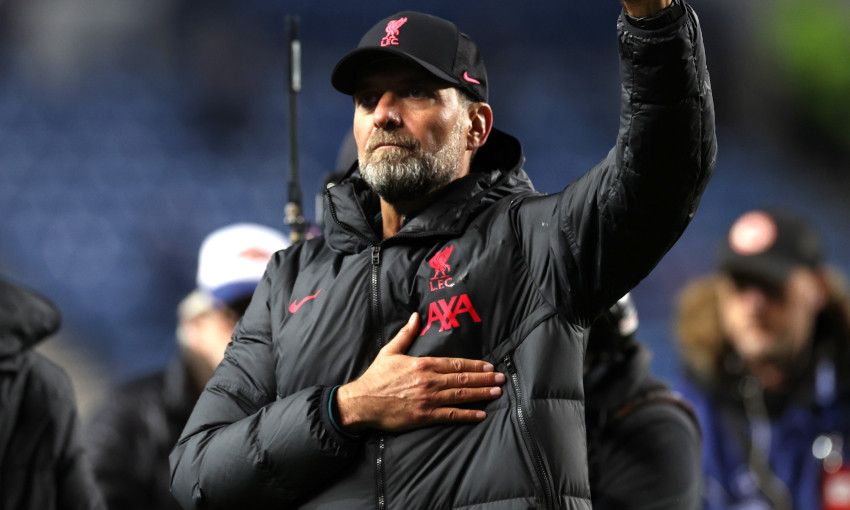 Jürgen Klopp has revealed 'feeling blessed’ is his overwhelming emotion as he prepares for the 1,000th match of his managerial career.

The Liverpool boss will reach the remarkable landmark when the Reds host Chelsea in a Premier League clash on Saturday.

Klopp will take charge of his 411th Liverpool match on Saturday. He held the managerial reins at Mainz and Borussia Dortmund for 270 and 319 games respectively.

“I have done the job I love for the clubs I love,” said Klopp, who was speaking at his pre-match press conference. “I am blessed, 100 per cent. That’s what I feel.

“I’ve never thought about these kind of numbers. I never thought I would be allowed to do it [manage] for that long. But somehow, it went really quickly. You have to work through 22 years and then you can somehow arrive there.

“This week people told me that it [the 1,000th game] will happen. It keeps coming up, then [I thought about] the start at Mainz, the start at Dortmund, the start here… When you come in, you never know how it will go and I was really lucky with all the things that happened.

“It is a crazy number, honesty, 1,000. The beard is now really grey! It was not the case when I arrived here... I’m not sure if that is because of the age or because of Liverpool!

“It [reaching the landmark] is a massive thing. I have been at three fantastic clubs, which have given me the opportunity to do the job. That is what is going through my mind.”

Klopp’s has won nine major trophies in his glittering managerial career to date. That haul includes two Bundesliga titles at Dortmund, as well as Premier League and Champions League triumphs with Liverpool.

Now into his third decade as a manager, Klopp says he is still savouring the role, but explained the importance of learning from the challenging periods he has experienced.

“Not all of the 1,000 games were good and not all the phases were good, but most of the time it went in the right direction,” he explained.

“What you learn in those [difficult] times is football problems you solve with football. There is a way out of each situation in football. That’s how it is, and I didn’t know that 22 years ago. I learned it the hard way.

“For me, it is the best job in the world. It’s not a relaxing job, it’s not a job where you have a lot of holidays or whatever, but I love it. I feel really blessed I can do it, because it is the only thing I really can do. It would be a very calm life [without being a football manager] and I am absolutely fine with the excitement, the pressure, the outstanding moments and the less good moments. It's part of the deal, nobody wins all the time. I knew that early, so I don't expect it but I still try to do it [win] as often as possible.”

Klopp’s first managerial post saw him take over at Mainz when the club were in grave danger of being relegated to the German third tier. Six wins in his opening seven games as boss saw him guide the club to safety, however.

Klopp reflected on that spell when asked about the advice he would give his younger self when he was beginning his coaching journey.

“If we had lost one more of those seven games, we would’ve been relegated,” he said. “If we’d won five from seven, it would have been an outstanding number, and no-one would’ve have recognised that if you go down to the third league – which would be [the equivalent of] League One in England. And a very promising coaching career could’ve been finished before it started. I was lucky that didn’t happen.

“The job I have today is a completely different one. The advice would have been to be open, work hard, be curious, nosey, look around the corners and try to find solutions for problems you don’t have at the moment but will have in the future.

“The most important thing is to be busy. Learn the game. With coaching, it is a bit the same as with golf – when you think you’ve got it, the game will tell you differently. You have to always develop and that’s what I like the most about the job. It is not for one second boring. That’s the best thing you can say about your working life. It is the best thing I can imagine to do.”