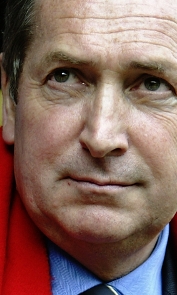 Gerard Houllier has issued a personal thank you to all the well wishes he has received after being taken into hospital with chest pains last Wednesday.

"My condition is improving and extremely encouraging," said Houllier.

"I am very moved by the fact that so many people have me in their thoughts just now.

"I am extremely touched by all the messages I have received and by the reaction of people throughout the world of football. It has been overwhelming actually. 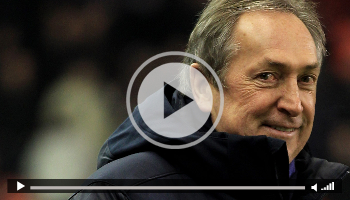 "I'm especially grateful to the Villa fans for their genuine concern and encouragement and to the fans of clubs up and down the country. There has been a groundswell of good will and I appreciate this so much.

"I'm grateful to my players for their texts and messages and, of course, for their efforts in extending our recent unbeaten run on Saturday against Stoke and also to Gary McAllister and the rest of my staff - the team behind the team - for stepping in and taking the reins at this time.

"I'm grateful, too, to my managerial colleagues who have taken the time to get in touch with me.

"You need to know that the care I have received at the Queen Elizabeth Hospital has been first class and I am in the debt of the medical staff whose expertise and human touch has helped me through these past six days."