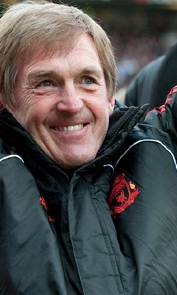 Comolli: Why KD is right man

Liverpool Managing Director Ian Ayre today revealed there was only ever one candidate in the running to become the new full-time manager of Liverpool Football Club.

On the day Kenny Dalglish was confirmed as the Reds' new boss, Ayre admitted Liverpool's charge up the table since Dalglish arrived in January made the decision a formality.

"It was an easy decision in the sense that there was never any other candidate," he told Liverpoolfc.tv. "Over the last few months everybody has had a great opportunity to work together; the owners, Kenny, Damien and myself and it's there to be seen what Kenny and Steve Clarke have achieved together.

"When those things happen it's then about finding the right solution in terms of an agreement. We said from the outset that those things are private and personal and that's how we've dealt with it. We now find ourselves here with everything agreed and everything in place. There was never anybody else in the running.

"I'm not surprised by what he has achieved. It's an amazing achievement for him to have got us where we are but somebody who I respect a lot in football said to me once that if you are going to pick a manager then pick a winner. That's what Kenny is.

"For a long time we have needed people here who really understand what this club is and what it means to our fans and what makes it different to other clubs. Kenny knows that inside out and I think that's a key quality. He understands what matters at Liverpool and what needs to be done at Liverpool.

"I think humility is another great skill that Kenny brings. He has nothing to prove to anyone in football other than himself, but at the same time he treats everybody with the same level of respect whether it's somebody at the top or somebody at the bottom of the business. He treats everyone the same. I think you see that when you look at how he engages with players in different ways on and off the pitch, the way he engages with the fans, he just has great humility and at a football club like Liverpool that is a key strength." 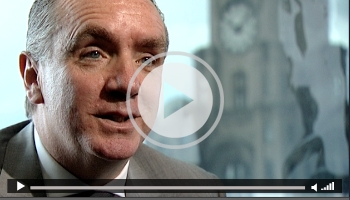 Dalglish stepped back into the managerial hot-seat in January to take charge of a team struggling for results and in the wrong half of the Barclays Premier League.

While people outside of the game may have doubted Dalglish's credentials having spent a decade out of management, Ayre insists he always had faith the Scot would work his magic and transform the fortunes of the Reds.

And he now believes that working alongside Steve Clarke and Director of Football Damien Comolli, Kenny will continue to put smiles on the fans' faces.

"I had spent the last couple of seasons sitting next to him at games home and away and there was never any doubt in my mind that he still had the knowledge, the passion and the drive for this football club," he said.

"The team is already working well together. What we did in January was a combination of everyone working together. What's testament to the three people is they are all expert at what they do and there isn't an ego amongst them. They are all very comfortable taking on their responsibilities and delivering against them. They make a great team and they all respect and recognise each others skills. I'm not sure how the language situation sorts itself out with two Scots and a Frenchman, but they seem to work it out.

"They're a great team and are the heartbeat of what we do on the field and I know the owners, like myself, are very encouraged by what they have done.

"A few days ago John and Tom sent an email to Kenny and while it wouldn't be fitting of me to divulge the detail of that, they would have left him under no illusion about how much respect they have for him and how much they want to support him, Steve and everybody else in their new roles. As a football manager, whether at Liverpool or any other club, I think those two things are vitally important, knowing you have the respect and the support of the people behind you. He will be absolutely clear that is the case from Tom and John, and I'm sure when they are over here this weekend they will reinforce that.

"I think we are most pleased for the fans. Bill Shankly once said 'Liverpool was made for me and I was made for Liverpool' and although it's not very often you can compare anything about Shankly with anyone else, I think in this case it is befitting of Kenny.

"It's been absolutely clear from the outset that Liverpool fans would be behind Kenny and he has rewarded them for that support and loyalty and will continue to do so. Whether you're here in the offices or out on the streets, you just feel the sense of optimism and re-engagement and the thing that Kenny has delivered more than anything is belief. There were times over the last two years when people were starting to not believe but the belief is back and that's a great thing to give to people, particularly to football fans.

"When you are around football, around the city and around our fans you can see what he means to them and how much they and the football club mean to him. This is a great day for the club."

He added: "A lot has gone on to get us where we are today but there's still a lot to do. Everyone is very optimistic - even the media seem to be optimistic about what we're going to achieve, which is nice.

"Nobody is getting carried away but we've used a phrase over recent months about all rowing in the same direction and today is another example of that. We are sticking with who we are, with what we've got and we're moving forward together. As long as everybody is working together and heading in the right direction then we'll move forward."