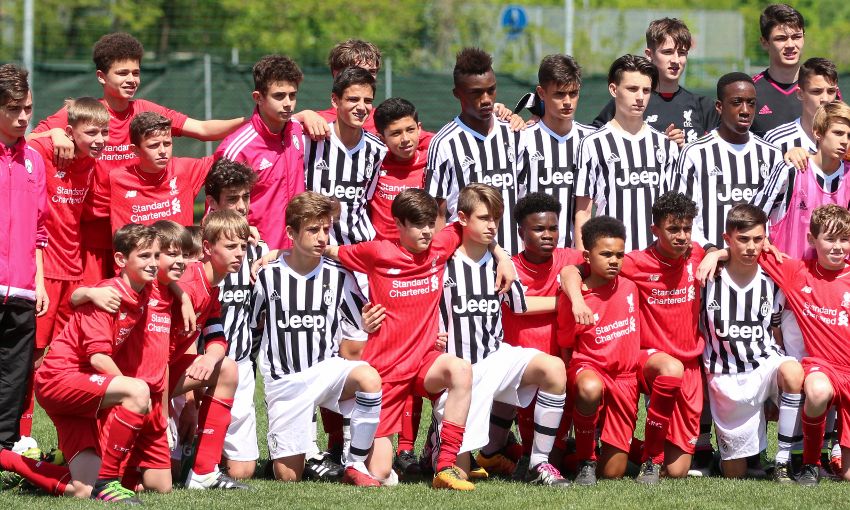 Liverpool’s Academy youngsters enjoyed a special trip to Italy this weekend when they met Juventus in an international tournament in Turin.

The squad, made up of players from the U13 and U14 teams met up with their Italian counterparts, the Bianconeri, to take a tour of the Juventus FC stadium and club museum together in the city.

Both clubs also had the opportunity to pay their respects in front of the museum’s Heysel memorial, a section lit up to commemorate the 39 victims who tragically lost their lives in Brussels in the 1985 European Cup final. 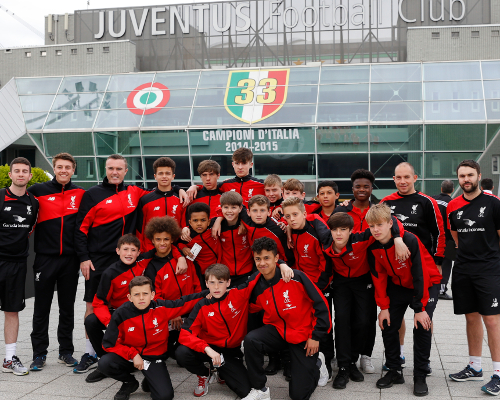 In Sunday’s ICFS tournament match played at Chisola FC's ground, it was the Reds who emerged victorious over Juventus 1-0 thanks to a penalty from captain Niall Brookwell. The game was an exciting affair played in a magnificent spirit.

The Reds were unlucky to lose on Monday in the semi-finals, when they were defeated 4-3 in a penalty shootout by Genoa after a goalless draw.

U13 coach Tom Culshaw told Liverpoolfc.com: "This has been an absolutely brilliant experience for the boys.

"We have been really well looked after by Juventus and it was fantastic to visit the first-team stadium and the museum with their coaches and players.

"We also got the opportunity to pay our respects when we visited the Heysel memorial."