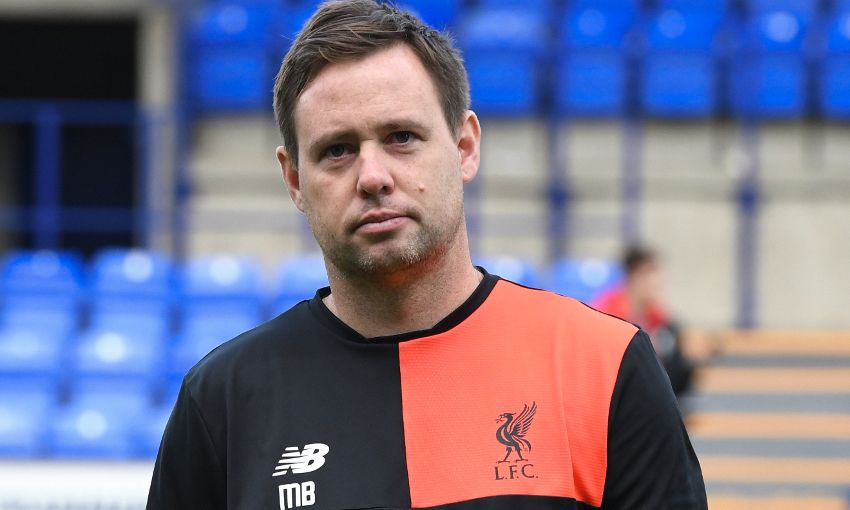 Support the young Reds in Europe at Prenton Park

Ahead of Liverpool's high-flying U23s taking on Wolfsburg in the Premier League International Cup at Prenton Park tonight, boss Michael Beale has urged his squad to grasp their latest opportunity to impress.

Sunday's victory over Sunderland meant the young Reds made it four straight league wins - a run that has seen them score an incredible 16 goals.

But, such is the intense competition for places in the squad, the likes of Cameron Brannagan and Joe Maguire were only on the bench against the young Black Cats, while Adam Phillips, Matty Virtue and Brooks Lennon were also made to wait for their chance.

That is exactly the scenario Beale wants, and he has challenged his players to show why they deserve a place in the starting XI should they start at the home of Tranmere Rovers this evening.

“I expressed to the lads in our team meeting about competition for places and how important that is for us,” Beale told Liverpoolfc.com.

“It is not such a good feeling when you are training hard every day and then aren't in the team but I've told the lads they have to fight to be in it. If you are in the team and you are doing well then it's a lovely place to be at this moment in time.”

Watch the U23s' impressive win over Sunderland on LFCTV GO

Tonight's meeting with Wolfsburg, which you can watch exclusively live on LFCTV and LFCTV GO from 6.30pm BST, is set to be a good test for the young Reds.

This is the second successive season that Liverpool will feature in the Premier League International Cup and they are preparing for some exciting games in Group C, having also been drawn alongside Porto and Leicester City.

The tournament is in its third season and this year has been extended to 24 teams – featuring 12 sides from England and 12 from Europe.

Beale says his squad are looking forward to the European challenge, which he believes is crucial for the development of the young players at his disposal.

“It's a fantastic opportunity for these young players to get some European experiences and I'm delighted we are back in the competition again this season,” he added.

“To be honest, we weren't prepared for it last season because we had a number of injuries when the tournament started, which meant we had some difficulties, notably against a very good Benfica side.

“We are a lot stronger this season coming off the back of a nice run and it's a welcome game for us against German opponents. It's one the boys are really looking forward to and it's a good challenge for us.

“This Wolfsburg team play in a full men's league over in Germany, so they have a mixture of talented young players and some experienced players from their first-team squad that may play in this game. But that's exactly what we want - a really tough challenge.

“We have a lot of players in a really good place at the moment and we need this type of challenge, I feel.

“This is our first game in the group so we know we can't afford any slip-ups. We also host Porto at Prenton Park on Wednesday November 2 and we finish with an away trip to Leicester City on Saturday December 3.

“It is a really difficult draw but it's exactly what we want because we want more difficult games for our top young players. If they are going to progress to the first team then these experiences are vital.”