In our latest Academy column, we catch up with U23s coach Mike Garrity ahead of an exciting schedule of games coming up for the in-form Reds youngsters against some of their fiercest arch-rivals.

In the space of 16 days we will face Manchester United, Everton, Manchester City and Porto. Tough fixtures on paper for both sides, but we can’t wait for them and the challenges they all will bring. We have told our young players these are the types of games you have to look forward to, be excited by it and embrace it. As always, though, our philosophy is that we will concentrate on the next game and what a clash it promises to be when we take on Manchester United, the night after the first teams meet at Anfield.

A fixture against United, no matter what the level, is a game you always look forward to in the calendar and it’s always special because they have got good players, we have good players and there is always a little bit of an edge to it. We were unfortunate to lose to them last season 3-2 at Leigh Sports Village and I remember Madger Gomes having a goal wrongly disallowed. They were quite experienced on the day with the likes of Marouane Fellaini in the side and Sergio Romero in goal. The least we deserved on the night was a draw, so hopefully we can go into this game and better that result and we will be looking to do that. 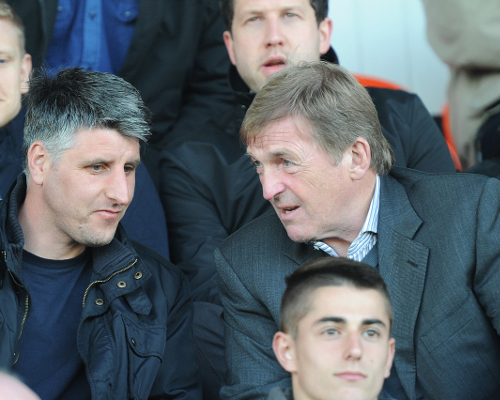 Games against the likes of Manchester United and Everton are also a very important learning curve for the players. We always tell the lads not to play the occasion and to play our normal game. A good temperament is so important and what we have to do is implement our style and approach these games in a very positive manner. Obviously our team can change from week to week, but whoever comes in, we have that same attack-minded philosophy.

Looking at our season far, I know we had a little bit of a shaky start when we lost our first two games of the season to Southampton and Chelsea, but we then got our act together and bounced back in style with a great display against Arsenal at the Emirates. We have kicked on from there, played some great football and scored some excellent goals and it has been really pleasing. I thought we were very unfortunate not to take anything out of the Wolfsburg game, especially with the amount of chances we created and the quality and the intensity we showed, which was really pleasing. When you score goals and win games, that obviously breeds confidence amongst the group and I think that is what we are seeing at the moment.

We also have a battle for places in the side, which is exactly what you want. The likes of Cameron Brannagan, Matty Virtue, Joe Maguire, Tom Brewitt and Nathan Phillips, who is a talented player we signed from Bolton, have been excellent but have found themselves not in the team at times because of the fierce competition for places we have. These players are training ever so hard every single day and they will get opportunities. All we can say to the lads is stay focused, keep working hard and your chance will come. We have also had a few first-team lads come down to work with the squad as well, like Danny Ings, and they have all been absolutely first-class with their attitude. 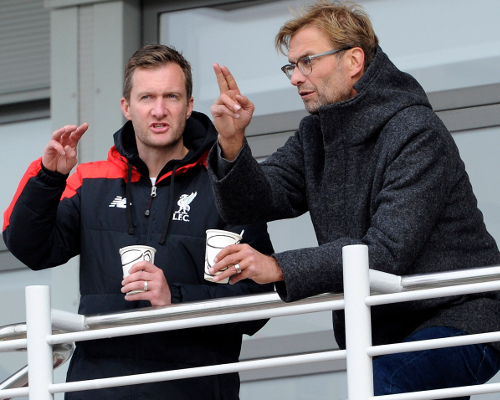 I must say our manager Jürgen Klopp has given all our young players a real belief that if they keep working hard and keep improving then they will get the opportunity they crave. We had a number of young players make their first-team debut last season and every time that happens it gives everybody at the Academy a big lift. It’s absolutely brilliant to see a young player get their opportunity because as staff we know their journey and how hard they have worked and the sacrifices they have made to get to this point.

Our manager has shown he is prepared to give the players time and then their opportunities, which for people like our Academy director Alex Inglethorpe, U23s manager Michael Beale, U18s boss Neil Critchley and myself, it’s music to our ears. We always tell the players how important it is to keep working hard and don’t take your eye off the ball. Just because a few of the lads have had opportunities doesn’t mean it will come around again if they don’t keep working hard. 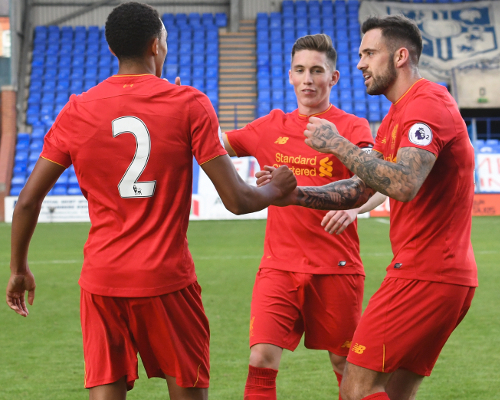 I have been at the Academy since 2005, when Steve Heighway gave me the golden opportunity to come and work for this great club. I have coached youngsters from the age of five right through to now working with Michael Beale, Tim Jenkins and the U23 squad. It’s a job I thoroughly enjoy and obviously most of the boys I am coaching now, I was working with them at U18 level.

The transition was really smooth and working with them on the pitch every day is an absolute joy. We like to mix up our training sessions and we split into groups. Tim will take the defenders, I oversee the midfield boys and Michael will work with the strikers. What we try to do is cut the group up a little bit and give them a bit more personal attention and work on their strengths and weaknesses. The players have really responded to it and they enjoy it.