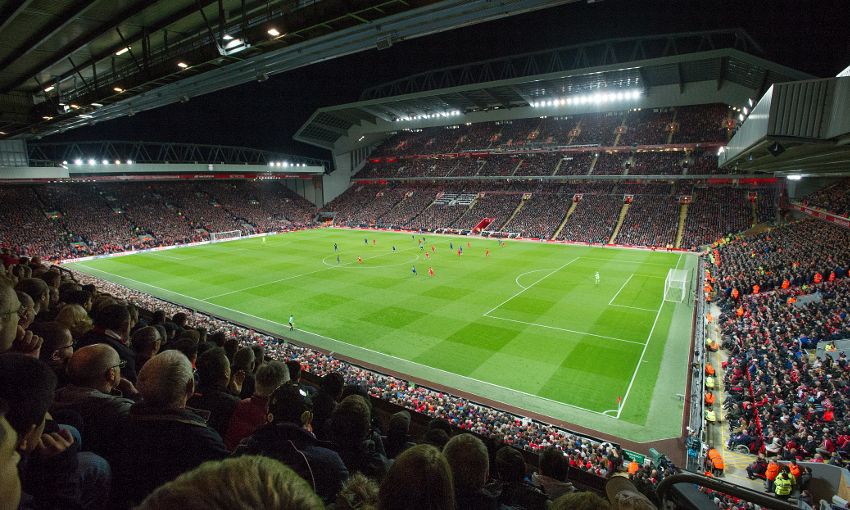 In our latest Academy column, we speak to U23s coach Mike Garrity about tonight's Anfield meeting with Manchester United and the inspirational form of skipper Harry Wilson.

After our mini-tour of friendly games to keep the lads ticking over and fresh, we resume our Premier League 2 campaign on Monday and what a great fixture is in store when we take on Manchester United under the lights of Anfield. We haven’t played in the league since December 12, when we beat Arsenal on another great night in front of the Kop. I can tell you the lads are looking forward to this game immensely. We performed really well the last time we played at Anfield against Arsenal and we go into the game in good shape.

Playing against Manchester United at Anfield is extra special for the lads and another great opportunity for them to express themselves. We have played some really good stuff in the friendly games and the goals have been flying in, which is always a good sign when you are creating and scoring goals. We have got some very good attacking players in this team, so hopefully the standards we have set ourselves and the level we have been playing at, we can take into this game with Manchester United. 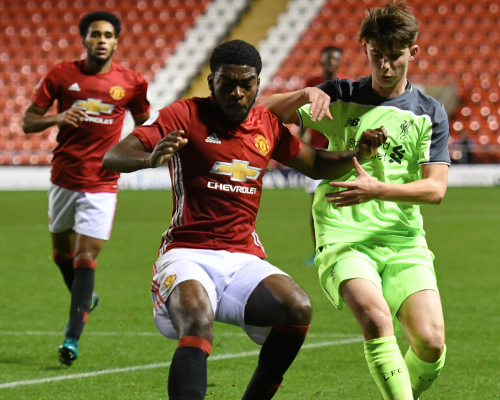 Back in October we drew 1-1 with United at Leigh Sports Village and we played really well that night. I think the last few meetings against United we have had, we have played well but not got the results we should have had. They are a good team and a strong team, with good players, but we don’t need motivation for this game. We are in a good place and the lads are fit and ready. They are mentally strong, which is important. Any Liverpool v Manchester United fixture will always carry a lot of weight and what these boys have to understand is these games always come under the spotlight.

I’m sure our manager Jürgen Klopp will be watching them with a careful eye, so these are the games where the lads have to go out and impress. Nicky Butt is in charge of the United side and he was a very good and honest player who won many things in the game. I’m sure his experience and wisdom will help the United players, but our focus, as always, is about what we do on the night. We have got to make sure we control our emotions and not get carried away by the occasion. We just need to concentrate on our style and what we do well.

At this level, to play at Anfield again is a fantastic opportunity for the young lads because ultimately this is where they want to be playing week in, week out. We want these boys to be playing at Anfield on a regular basis for the first team and we have been lucky enough to have had a few of the boys experience that this season so far in Kevin Stewart, Ovie Ejaria, Trent Alexander-Arnold, Sheyi Ojo and Ben Woodburn.

I have to say, this is a fantastic group of lads we work with here. They are good people as well as good lads and, on top of that, they are all good players as well. We just ask them to be honest, show lots of integrity and work as hard as they possibly can every day they come here through the Academy gates. Hopefully everything else will look after itself and that’s all we can ask for. They have ability, they have the technique but they have to match that ability with hard work and also listen to all the advice they get every single day and take that on board. 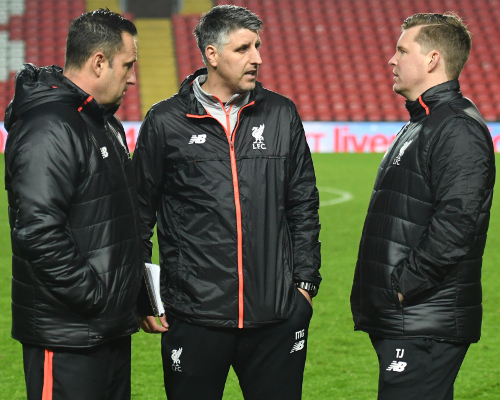 We have also got a really strong core of very experienced staff. You are only as good as the people you work around and we are honest with each other and we push each other. What is also good is that the staff are not afraid of giving an honest decision, which is what makes it work. Tim Jenkins, who works closely with me with the U23s, is our head of development analysis and he does a fantastic job. There’s a lot of technology out there now and analysis is a nice way of reviewing a game, watching a game back and also important for the individual. Tim will pick out strengths and weaknesses and talk with the individual player in terms of what they can improve on and focus extra work on that particular area. The analysis is a vital resource for us. 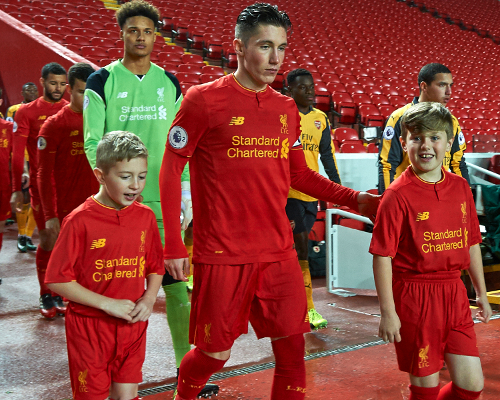 Our captain Harry Wilson scored another excellent goal in the friendly win over Barnet in midweek. That’s 19 goals this season for Harry, including our friendly games, and nine assists. That’s impressive statistics and that is all he can do and keep doing for us. Every time he goes out onto the pitch we tell him to go out there and make an impression, have an impact on the game but a good impact and be effective in the game. At this moment in time, Harry is in a really good place. He’s working really hard, he is working for the team and he wants to get better and be as good as he possibly can be and he wants to impress our manager.

He is 19 and the big thing for Harry now is he is playing every week now after his injury problems last season. Harry knows the next step for him is to get to Melwood on a regular basis. He has been there this season again but to do it all of the time is the main incentive. He is going the right way about it and if he keeps scoring goals, getting assists and working hard for the team then it will give him the best possible chance of achieving that. He has just got to keep his feet on the ground and keep working hard. 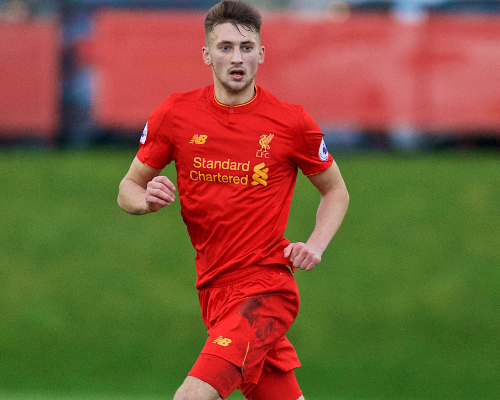 One player who will now come into the reckoning for our Premier League 2 games and beyond is our centre-back Nathan Phillips. Nathan came here from Bolton Wanderers and with Mamadou Sakho and Tiago Ilori playing regularly for us, he has had to wait patiently for his opportunity. He is tall, a 6ft3in centre-back who is a bit of a throwback, to be honest, to a centre-half of the past.

What I mean by that is he doesn’t mind doing the dirty work and he will put his head in where boots are flying. Nathan is very brave and he won’t let us down. He is a great lad who wants to learn every single day. He works extremely hard every day and he gives 100 per cent commitment to everything he does. If he plays on Monday night then it will be a chance that he deserves and also one he obviously has to take.

We also have Sam Hart back with us after his loan spell with Port Vale. I spoke with Sam and it was an invaluable experience for him and he has taken a lot from it. He is fit, ready to go and in a good place and is an asset to us. Unfortunately, Monday night will come too soon for Cameron Brannagan but he is doing well in his progress back from injury and he should be back in a couple of weeks. Adam Phillips is still on the sidelines with a back problem, which is a real shame for him as he hasn’t been able to show what he can do at U23 level on a regular basis yet. Any back injury is a slow process and you have to be careful and it’s just a case of time is the key for Adam.

We said goodbye to a great lad in Joe Maguire when he joined Fleetwood Town on Friday. I have known Joe for a good number of years and he deserves this opportunity. Fleetwood are getting a player who will always give 100 per cent in everything he does. Joe will be missed and we all wish him the very best for the future.

You can watch the U23s v Manchester United live on LFCTV and LFCTV GO with our coverage starting at 6.30pm GMT.