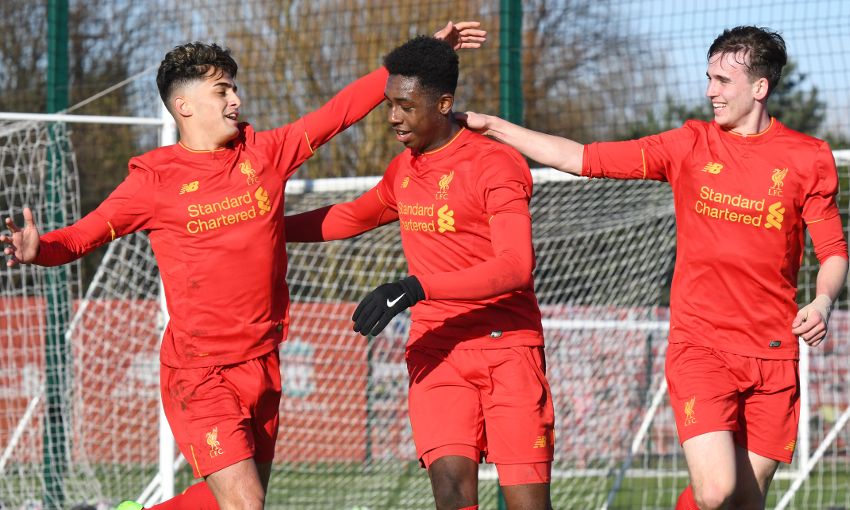 Liverpool's bid to claim the U18 Premier League title will resume with a trip to face Manchester United on Friday night, it has been confirmed.

Neil Critchley's side finished third in the northern section of the division during the first half of the season, earning a place in Group 1 for the competition's second stage.

That means they will now compete with United, Blackburn Rovers, West Ham United, Reading, Arsenal, Chelsea and Manchester City across the remainder of the campaign with the league's top honour at stake.

First up for the young Reds is a clash with their old rivals - a game you can watch live on LFCTV and LFCTV GO - while they will bring 2016-17 to a close with another trip to Manchester to take on City.

See the fixtures, which are subject to change, in full below.