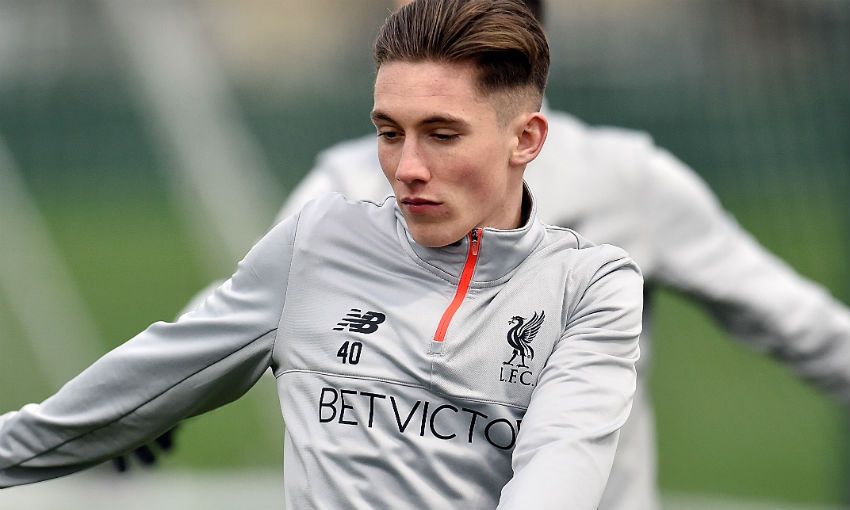 Harry Wilson is feeling the benefits of training regularly at Melwood as he strives to make the step up to Liverpool's first team.

The young forward has scored 25 goals across competitive and friendly matches for the Reds' U23s this season, having taken to his appointment as captain of that side with aplomb.

Jürgen Klopp rewarded Wilson with his senior Reds debut in January, the 20-year-old coming on as a substitute in the FA Cup third-round replay victory over Plymouth Argyle at Home Park.

Wilson was then an unused substitute in Liverpool’s Premier League win over Burnley at Anfield earlier this month and received a surprise call-up to Wales’ senior squad for their World Cup qualifier against the Republic of Ireland on Friday night.

Progress has certainly been made in 2016-17, then - and Wilson believes he is reaping the rewards of learning from Klopp and the Reds’ first-team squad on a daily basis.

“I’m starting to know everyone a bit better and the training has been excellent,” he said.

“The players have been great with me so I’m starting to fit in. It’s a big step from the U23s but everyone at the Academy is aiming to get there eventually so whether your time is now or it’s in the future, you have to adapt.

“Training at Melwood day in, day out is definitely helping me. I think the U23s try to play the same way as the first team so that makes the step a little easier.

“From a young age I’ve been taught what Liverpool Football Club means. My family are all Liverpool supporters and always have been, so for me to play for this club for so long means a lot and I’m hoping to be here for a long time to come yet.”

However, the Wrexham-born attacker, who has been with Liverpool since U9 level, thinks he still has work to do if he is to fulfil his ambition of becoming a first-team regular.

“I’ve been working on things that weren’t as strong,” he added.

“Finishing on my right foot is one example and I’ve done a lot of work with Alex on that.

“I also feel that my defensive work has got better, as well as the positions I get myself in so I am able to press forwards or press backwards.

“Playing a first-team game at Anfield would be great but I’ve got to keep developing and continue working hard first. Then hopefully that chance will come.”

Critchley on another Wilson stunner, Coyle progress and Derby