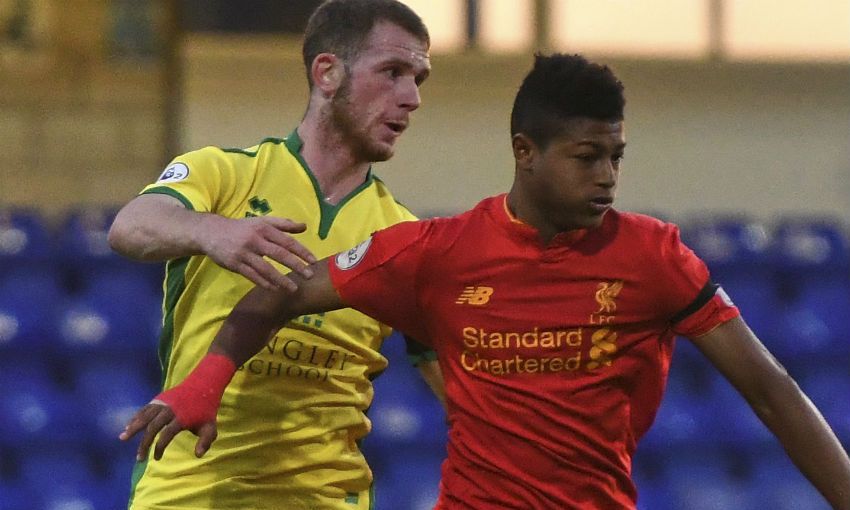 A 1-0 defeat to Norwich City saw Liverpool U23s eliminated at the quarter-final stage of the Premier League Cup on Monday night.

Mike Garrity fielded a youthful side in Chester due to the absence of several of his regular starters, with the likes of captain Harry Wilson, Ben Woodburn and Trent Alexander-Arnold unavailable ahead of the Reds' first team’s game against Bournemouth on Wednesday.

And Norwich proved too strong, with Ebou Adams’ early long-range strike enough to seal their place in the last four.

Liverpool will now turn their focus to the final four games of their Premier League 2 campaign, with a trip to Southampton in a week’s time their next assignment.

Norwich started adventurously and both Conor McGrandles and Bernard Ashley-Seal missed presentable opportunities before Adams put them in front with a fine effort in the 10th minute.

The midfielder's powerful shot from 25 yards nestled in the bottom-left corner after he had seized possession and broken forward from deep.

LFCTV GO: Watch extended highlights from the clash with Norwich

Clearly buoyed by going ahead, the visitors threatened again soon after but Caoimhin Kelleher parried Ashley-Seal’s attempt away.

Liverpool’s first effort on goal came in the 21st minute, but Nathaniel Phillips couldn’t make clean enough contact with his half-volley after chesting down a clever lofted pass from Jordan Williams.

However, Garrity’s team very nearly found themselves 2-0 down on the half-hour mark, when Diallang Jaiyesimi’s curling left-footed shot came back off the inside of the post with Kelleher beaten. 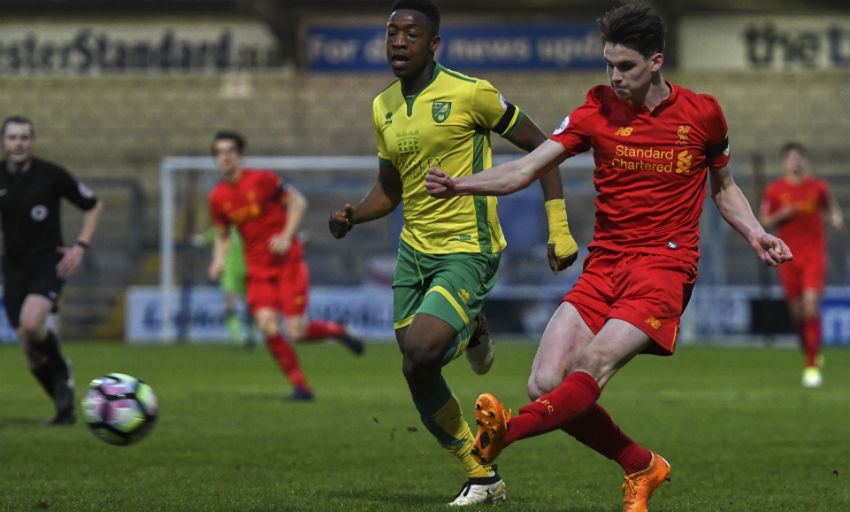 The young Reds came out for the second half with greater urgency and only a well-timed block prevented Phillips from testing Norwich goalkeeper Aston Oxborough with a downward header from Paulo Alves’ corner.

But Norwich remained dangerous and a swift counter ended with them hitting the woodwork again in the 66th minute, as Ashley-Seal surged through the inside-left channel and saw his side-footed shot rebound back off the far post.

Phillips then saw a late appeal for a penalty waved away when Canaries skipper Michee Efete appeared to block his goal-bound header with his arm as the evening ended in disappointment for Garrity and his players.