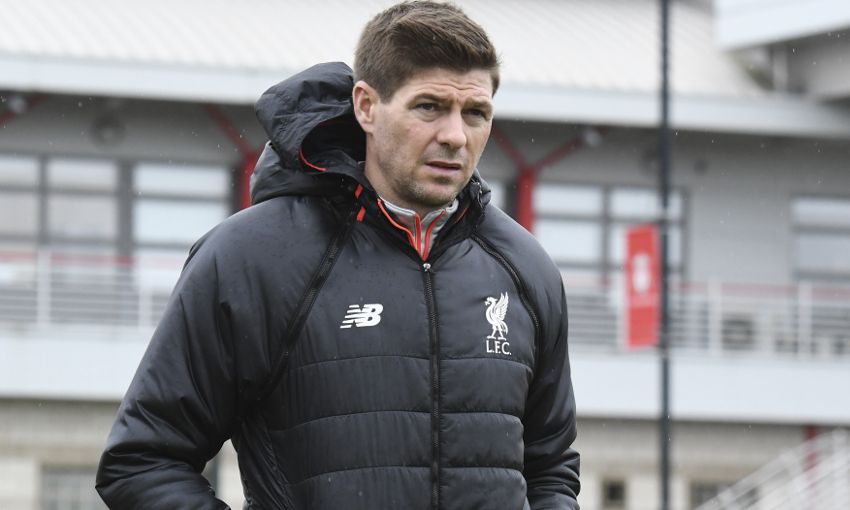 Jürgen Klopp today confirmed Steven Gerrard is likely to take charge of an Academy team at Liverpool next season.

The Reds legend began a wide-ranging coaching role at the club’s youth complex earlier this year and has since worked closely with the staff in Kirkby on developing the potential of the youngsters in the ranks.

Klopp was asked at his pre-match press conference on Thursday whether Gerrard will continue this new chapter of his career by assuming control of a side himself.

“There is not a real announcement in this moment, but what I can probably say is ‘yes’,” said the manager.

“He is doing a real job at the Academy at the moment with his presence and everything, being around and giving advice and leading little or bigger sessions and all that stuff.

“They all enjoy it a lot. He especially enjoys it a lot.

“Yes, he will be the coach of a youth team next season, I’m pretty sure. But we will tell you exactly which team when we want to tell you.”

Click play on the free video below to watch Klopp's pre-West Brom press conference in full...