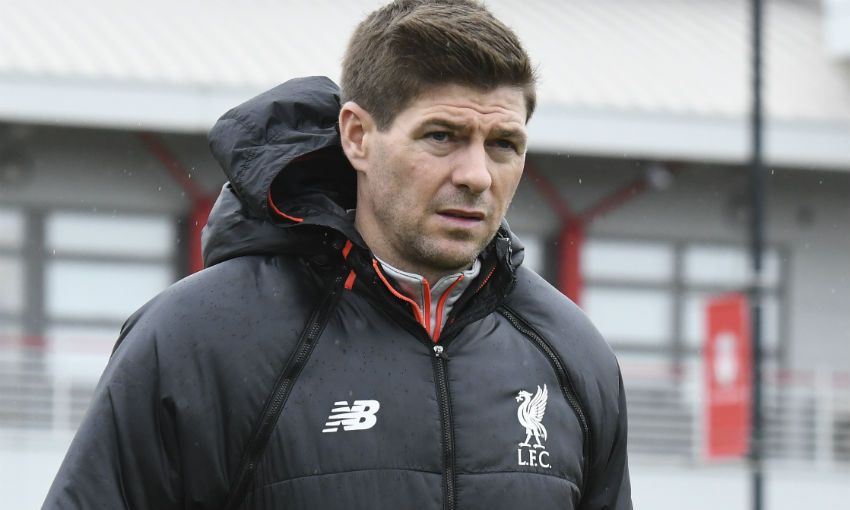 Steven Gerrard has revealed details of the backroom team that will assist him as he prepares to take the helm of Liverpool's U18s in 2017-18.

The Reds legend will begin his new role as manager of the Academy side this summer having returned to the club in a coaching capacity at the Kirkby complex in February.

Current U15 coach Tom Culshaw will operate as Gerrard’s assistant, and they’ll be supported by goalkeeping coach Neil Edwards and analyst Scott Mason.

Meanwhile, the 37-year-old has made a recruitment from Melwood as rehab fitness coach Jordan Milsom – whom he worked with while still playing for Liverpool’s first team from 2010 – is set to move into the Academy set-up, with Conall Murtagh going the other way.

Explaining the structure, Gerrard told Liverpoolfc.com: “Tommy Culshaw is going to assist me. When I started out full-time as an apprentice, Tommy was a year above me so I know everything about him and he knows everything about me. I thought he was the perfect partner to go into it.

“I lost my fitness coach [Murtagh] – the U18s fitness coach moved up to Melwood, so I phoned Jürgen and asked him if I could have Jordan Milsom, who I worked with for a few years and is, for me, one of the best in the business.

“I thought it was important to replace the guy we lost, who was really good, so Jordan will do the fitness side of it, Tommy will assist me and we’ve kept the goalie coach in place, ‘Taff’, who is excellent, and we’ve got an analyst – Scott Mason – as well. We’re in good shape.”

Gerrard will begin preparations for the new season when the U18s squad return to the Academy in early July – and the new boss is eager to get started.

“On July 3 they’re in for testing, so we’ll probably get on the pitch on the 4th or the 5th. It can’t come quick enough,” he said. “I am really, really excited and we’ll see how it goes. I can’t wait to get my teeth into it.

“We made a plan at the end of last season, so everyone has a schedule for the first month and it’s all done. I am lucky because I have a backroom team that are very, very good and they’ve all helped me put it into place. I can’t wait for it.”

Few people are better placed to advise fledgling starlets on what it takes to make the grade at Liverpool, with Gerrard himself having graduated through the Academy ranks to go on to make 710 appearances for the first team.

The former Reds skipper is confident he will be inheriting a talented pool of youngsters, but will be eager to stress that it’s not ability alone that establishes players as regulars in the senior set-up.

“I think it’s changed – I think 10/15 years ago, you could play for Liverpool’s first team if you were very good. You can’t do that anymore because the players that are there are world-class, so to move someone out of the way and become a regular, you’ve got to be world-class.

“You’ve got to be world-class every day; the values of our club will never change, so I am not going to come in and try and change any of the values. It’ll be more of the same, but trying to tell them that every single day you’ve got to be obsessed to play for Liverpool’s first team.

“We’ve got a job to do and that’s to try and push them and get every single bit of effort and determination. We’ve got to try and push them to give them a little bit more, but we’re in good shape and we’ve got some really, really good footballers in there and I am really looking forward to helping them if I can.” 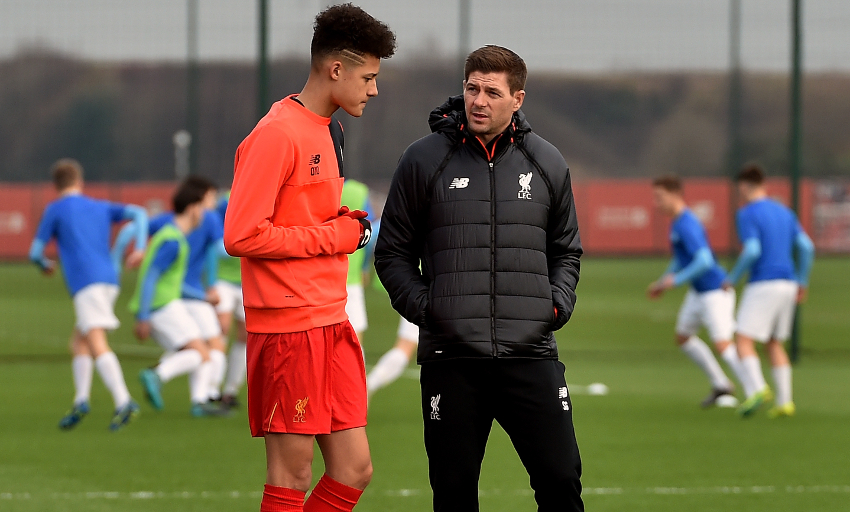 Claire House and the NSPCC on Merseyside are the two charities that will benefit from the funds raised. Claire House are trying to refurbish a building in West Derby, very close to where Gerrard went to school, to open a second hospice site for terminally ill children and their families. An auction night raised over £70,000 for these two causes.

“This is the fourth time we’ve done this, the SGF Trophy, to try and raise as much money as we can for the kids back home,” Gerrard said. “This year we’re going to support Claire House, they’re trying to build a new building in West Derby, so hopefully we can give them a big cheque, and we’re also supporting the NSPCC.

“The city has been really good to me and given me unbelievable support, so I just want to give a little bit back – that’s all it is. We’re not trying to change the world or anything, we’re just trying to give the kids as much as possible.

“I’m really proud because I think it’s going really well. We’ve supported a lot of people and a lot of good causes that need it. Everyone knows I couldn’t do this without all the support I get; when you have events like this and people come and support it, it hits home a bit. The support has been unbelievable.”