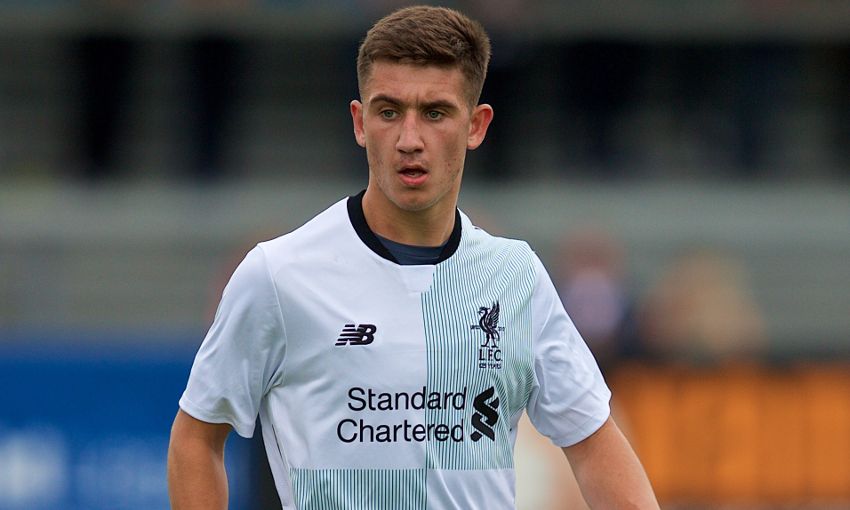 Cameron Brannagan continued his recovery as Liverpool U19s overturned a two-goal deficit to draw 2-2 with the Qatar U19 national team.

Brannagan, who had previously been sidelined with a wrist injury, donned the captain's armband as he played the entirety of Tuesday's friendly in Kirkby.

The 21-year-old notched his first minutes of the season on Sunday for the U23s, as they edged Manchester City in dramatic circumstances.

And under the watchful eye of U18s assistant boss Tom Culshaw, the midfielder continued his road to recovery against Qatar.

After falling behind 2-0, the young Reds persevered and Okera Simmonds pulled one back when he netted a superb goal following a surging run down the left flank.

Substitute Glen McAuley then pounced to net a deserved late equaliser when he showed great agility to finish off a low cross from the left flank, following a superb team move.

LFCTV GO: The best of the 2-2 draw with Qatar

Reflecting on the game, Culshaw told Liverpoolfc.com: "It was a good run-out for the lads and important for the likes of Cameron, Paul Glatzel and Dan Griffiths to get minutes after returning from injury.

"The lads did well to come back and Okera and Glen scored two excellent goals."