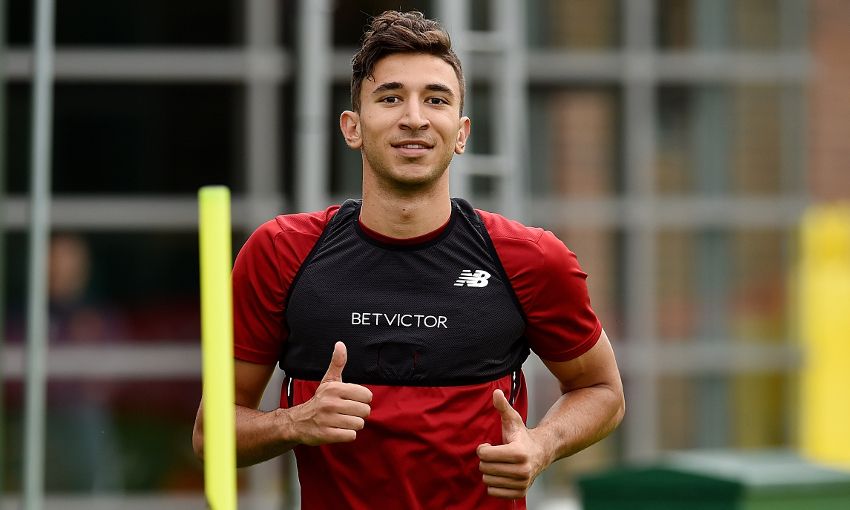 Harry Wilson shortlisted for PL2 Player of the Month

Jürgen Klopp has set out a pathway for Marko Grujic to become a first-team regular at Liverpool - and Neil Critchley is determined to help the midfielder achieve that goal via the U23s side.

The 21-year-old has featured in three out of six Premier League 2 games so far this season and made a big impression upon the Academy staff along the way.

Such was the aim of Klopp when he mapped out the value of consistent match time for Grujic during a conversation with Critchley.

“A couple of weeks ago we had an in-house game at Melwood and the manager spoke to me and said Marko has made big strides but maybe nobody has seen that because it’s not visible, so he wanted him to play for the U23s when the opportunity arises, and feels it is important for his development,” the U23s boss told Liverpoolfc.com.

“I have to say, the games that Marko has played for us, he has done very well in. You can see he is a top-class player and what I like about him, and I’ve not been in his company too many times, is he is a very humble boy.

“He listens and he asks you questions. He has got a really good attitude and he is a good boy to work with, and if we can help him get closer to the first team then that’s our job.”

Grujic has certainly exhibited glimpses of his natural talent in 11 senior appearances for the club since signing from Red Star Belgrade.

Having worked with - and watched - the Serbian closely during that time, Critchley is confident his potential can blossom with the Reds.

“Because of the size of him, his stature, he is such a big lad and an impressive person to look at, he’s a man, but you do forget he is still young,” he added.

“He needs support and he needs guidance, and if we can help him in any way we can, because he’s played in a few first-team games, then great.

“As the manager said, sometimes the development can go a little bit under the radar. He will see that because he is working every day with him on the training pitch.

“Sometimes it might not be as visible to supporters but I’m sure Marko in the future will be a really good player for this football club.”