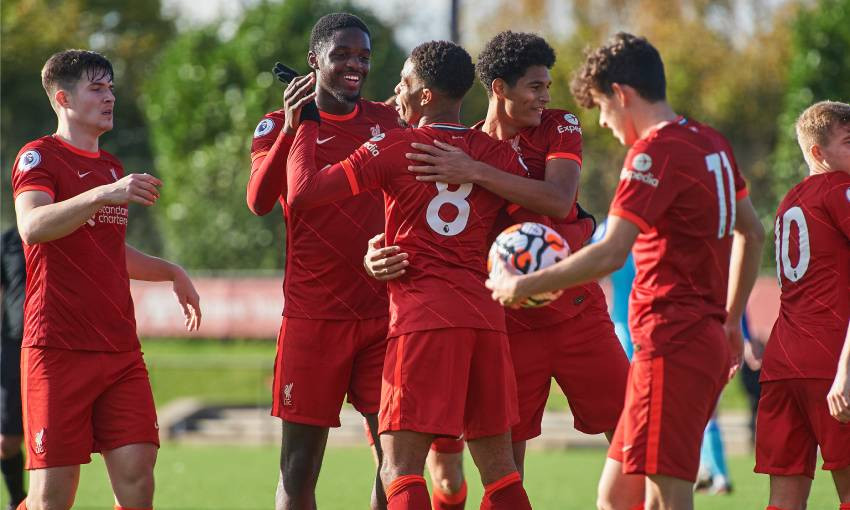 A stunning second-half fightback from Liverpool U23s clinched a 3-1 victory against Derby County in Premier League 2 on Saturday afternoon.

Goals from Billy Koumetio, Max Woltman and the in-form Elijah Dixon-Bonner more than cancelled out a first-half deficit in a fine, spirited display from the young Reds at the Academy. 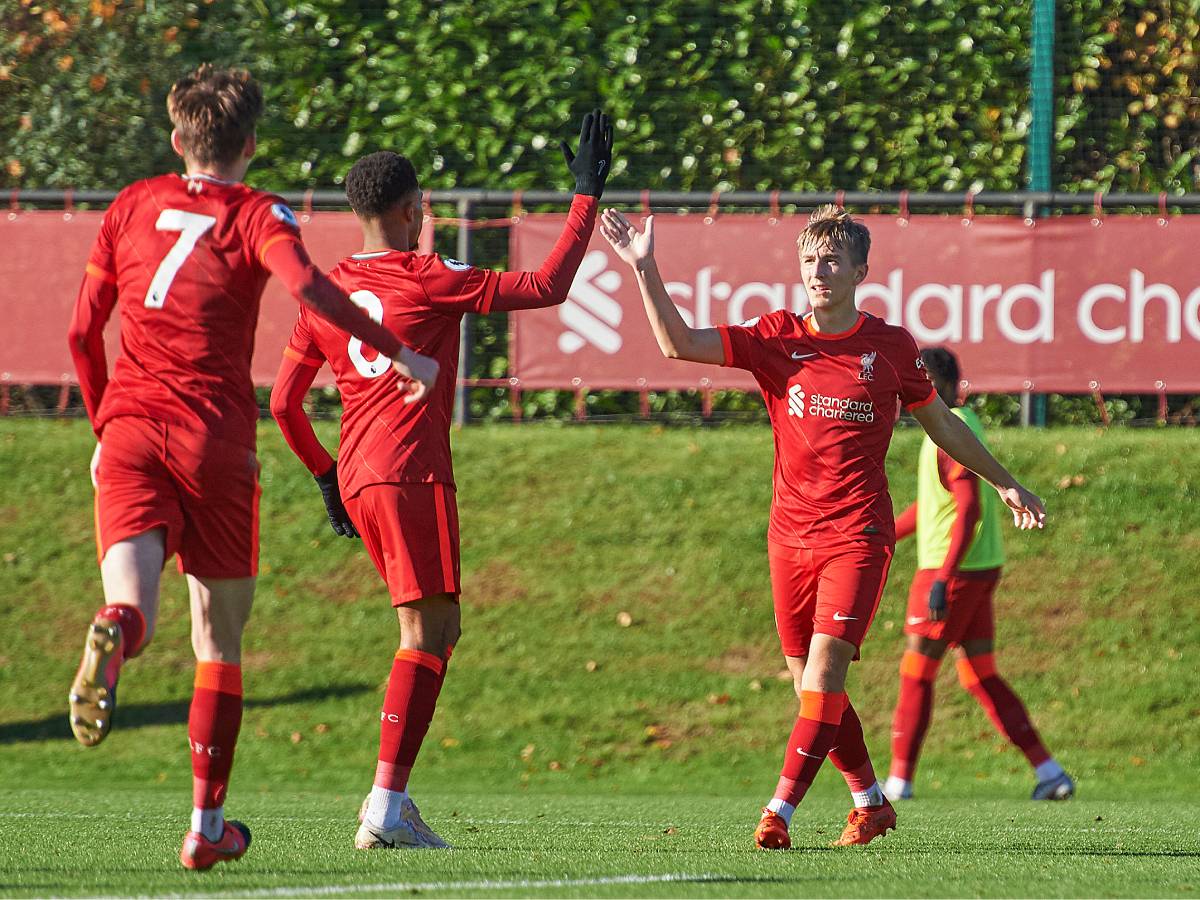 Barry Lewtas’ line-up included three players who had enjoyed substitute appearances in the Carabao Cup at Preston North End in midweek, with Conor Bradley, Owen Beck and Dixon-Bonner all starting.

Usually employed at full-back, Bradley and Beck operated either side of Woltman in the frontline, while Tom Clayton anchored midfield with Jack Bearne and Dixon-Bonner just in front.

It was the home side who created the first opportunity and it really should have brought the first goal.

A fine pass out of defence from Koumetio found Dixon-Bonner, who had options to play in teammates on either side as he approached the area. A slight delay to his pass, however, forced Beck wide and his low shot was safely gathered by ‘keeper Harrison Foulkes.

Derby almost received a gift five minutes later as Koumetio almost turned into his own goal with a misjudged backpass, with Liam Hughes happy to see the ball go past his post for a corner.

Bearne’s deflected effort was stopped on the line by Foulkes after Beck did well to keep the ball in play as the Reds threatened again. But it was the visitors who took the lead.

Jack Stretton escaped on the left and brought a good save from Hughes, conceding a corner. The delivery ended up in a huge scramble from which Stretton was able to drag the ball in for the opening goal with just over half an hour gone.

The Reds almost hit straight back when Bradley’s shot was tipped onto the bar by Foulkes, while Bearne’s low shot was destined for the corner but the ‘keeper got down well to gather.

Set-pieces continued to be a threat for Derby and it needed a brilliant clearance off the line from Beck to deny Eiran Cashin’s fine leap and header from another corner just before the break.

With the wind at their backs, the Reds came out with a much better tempo in the second half.

A fine ball from Morgan Boyes was brilliantly controlled in one touch by the marauding Bradley, before Dixon-Bonner’s goalbound shot from his cut-back was blocked.

Woltman worked hard to create space for a shot deflected just wide, but the subsequent corner brought a deserved equaliser.

The set-piece was played short to Beck, whose perfect cross was met with a towering header from Koumetio at the back post to level things up on 57 minutes. 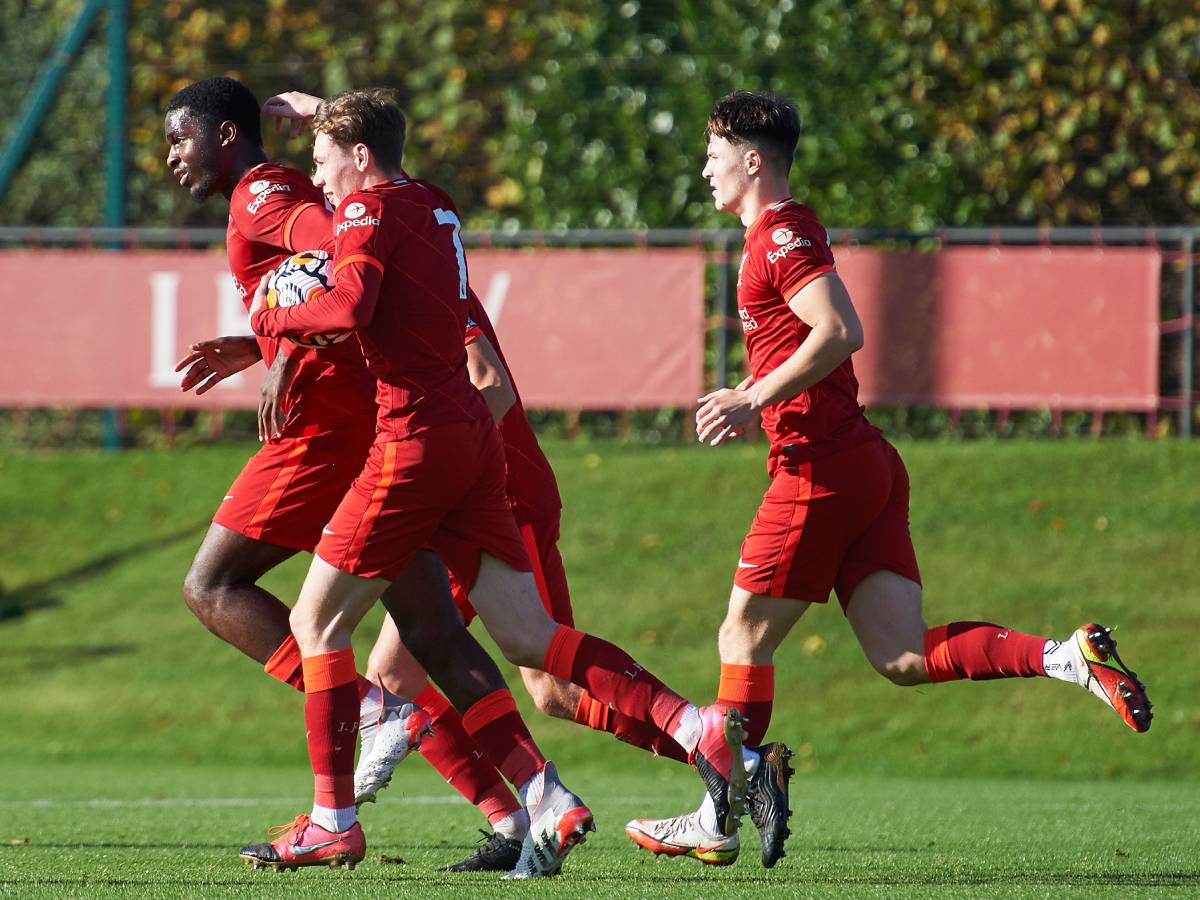 Seven minutes later, the Reds were ahead.

A brilliant diagonal from defence by Koumetio was perfectly controlled by the impressive Bradley advancing on the right, and the Northern Ireland international’s pinpoint cross was well directed into the corner by Woltman’s head.

The Reds were running the show now and almost grabbed a third with a lovely move involving Woltman and Bearne, but the final ball from Bradley was just cut out as Dixon-Bonner waited to finish.

The in-form midfielder wasn’t to be denied, though. After his two goals against Blackburn Rovers on Monday, Dixon-Bonner grabbed his third of the week with a powerful left-foot drive following more tremendous work from Bradley with just under 10 minutes left. 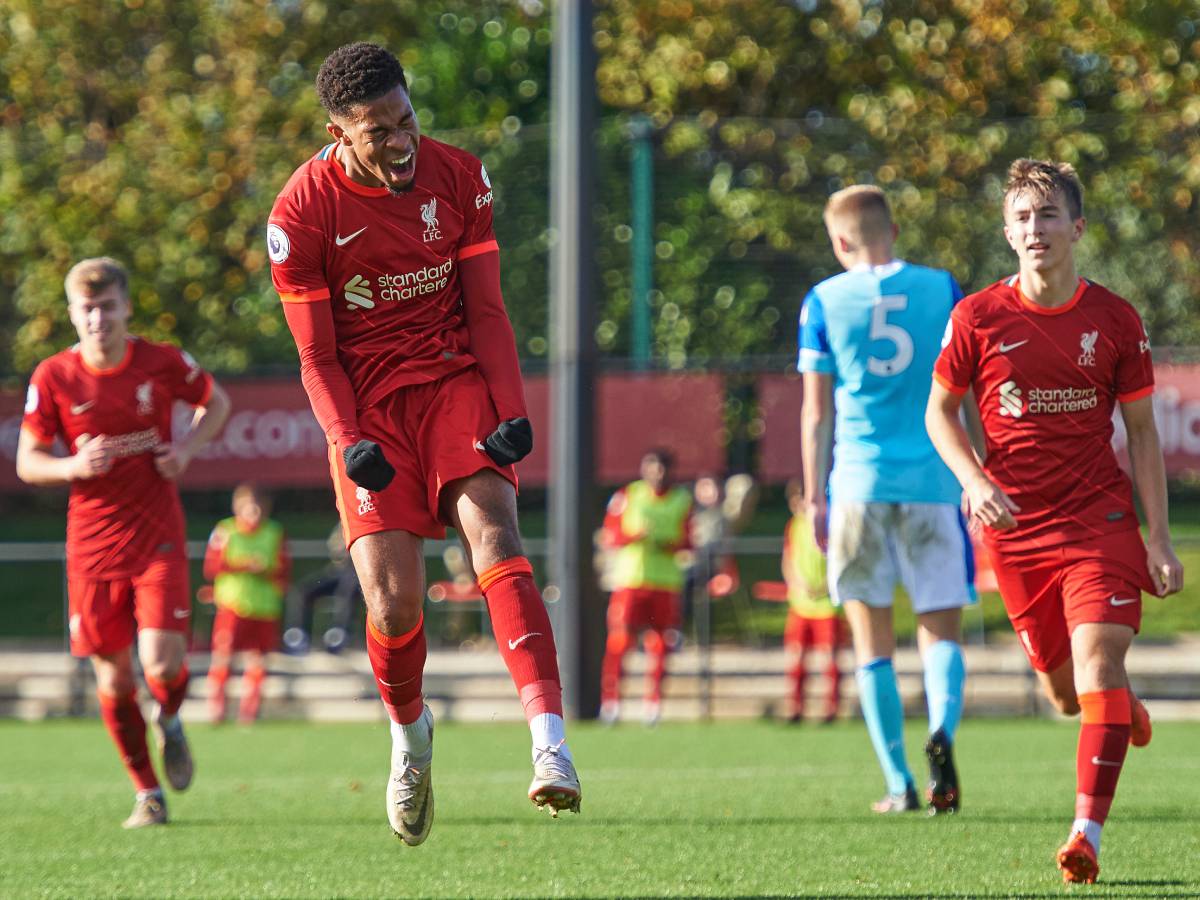 Fresh from a fine second half against Preston, Bradley showed tremendous energy throughout and should have finished off proceedings himself when curling wide with only the goalkeeper to beat.