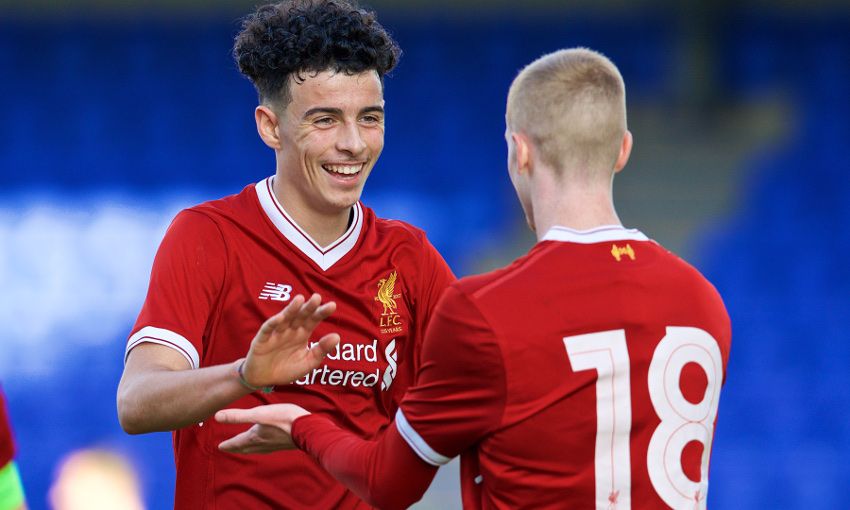 Liverpool U19s took another step toward qualification for the UEFA Youth League knockout stages as they claimed a 3-0 win over Maribor on Wednesday afternoon.

Steven Gerrard's team raced ahead at Prenton Park through strikes from Curtis Jones and Ben Woodburn but subsequently struggled to find the goals their dominance deserved.

That was until four minutes from time, when Glen McAuley grabbed a customary goal from the bench to add gloss to a scoreline that keeps the young Reds top of Group E.

Liverpool's last outing in this competition saw them come from behind to earn a 4-1 victory over the same opposition in Slovenia.

This time, it was Gerrard's men who took an early lead, Jones finding the back of the net inside four minutes with a low, deflected effort.

And when Woodburn converted an 11th-minute penalty after Liam Millar had been downed in the box, it looked like a rout was on the cards.

However, a combination of wayward finishing and heroics from visiting goalkeeper Tibor Cajnko ensured the score remained respectable for Maribor before the break.

Bobby Adekanye had more reason than most to rue the performance of the Slovenians' No.1, with the winger being twice denied from one-on-one opportunities - both chances coming after he had sent a Millar square over the bar. 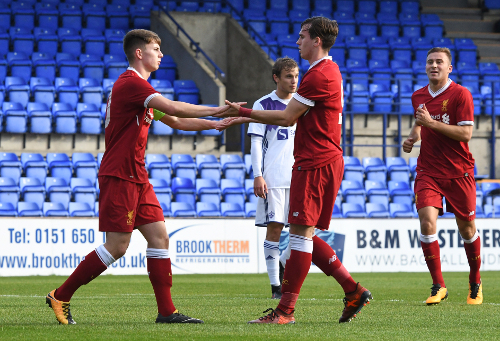 And, while the visitors saw little of the ball in the opening 45 minutes, they twice went close themselves. Nino Zugelj or Nino Kukovec both failed to do enough to truly trouble Kamil Grabara, though.

Maribor's desire to avoid a repeat of a one-sided first half ensured Liverpool enjoyed less joy in attacking areas in the second period.

Millar thought he had broken the visitors' second-half resistance just past the hour mark when he turned home a Rafael Camacho cross only for the linesman to signal for offside.

His replacement from the bench, McAuley, came closer than any of his teammates to making it three when he thrashed another Camacho cross over the bar shortly after his introduction.

But that proved to be a sighter for his 86th-minute goal, which came courtesy of a typically emphatic finish inside the area.