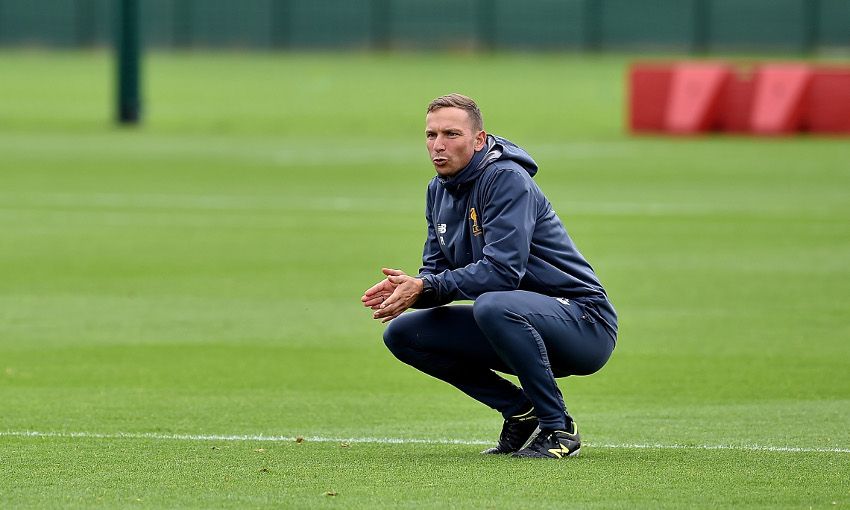 A collective desire to see homegrown players succeed, and the strength of the Academy, provide Liverpool with a 'big advantage' over their domestic rivals, according to Pepijn Lijnders.

The likes of Trent Alexander-Arnold, Ovie Ejaria and Ben Woodburn have all forced themselves into the first-team picture under Jürgen Klopp, making senior appearances and training regularly at Melwood.

Woodburn last month signed a new long-term deal with the club while another young forward who has yet to make his debut, Rhian Brewster, underlined his potential by top-scoring at the U17 World Cup as England clinched the trophy.

For Lijnders, the frequency with which the Reds are producing players capable of stepping up from the youth ranks gives them the edge over their Premier League competitors.

What's more, the Dutchman believes he is at one of the few clubs where there are expectations regarding the use of young talent.

He told Liverpoolfc.com: "There are a few clubs in the world, only a few, where success is not determined by just trophies, it's trophies and homegrown players. Liverpool is one of them, in my opinion.

"I believe in it, I believe the Academy is a big advantage for us. These two boys and many others are on the right way.

"Everybody always speaks about the future but it can't come quick enough, in my opinion! It's a new generation knocking on the door and we open the door constantly, I think, so there's a pathway.

"It's a must for Liverpool – not just to create players but to win prizes with them.

"Anfield is screaming for these players, they have everything and they give answers if you let them.