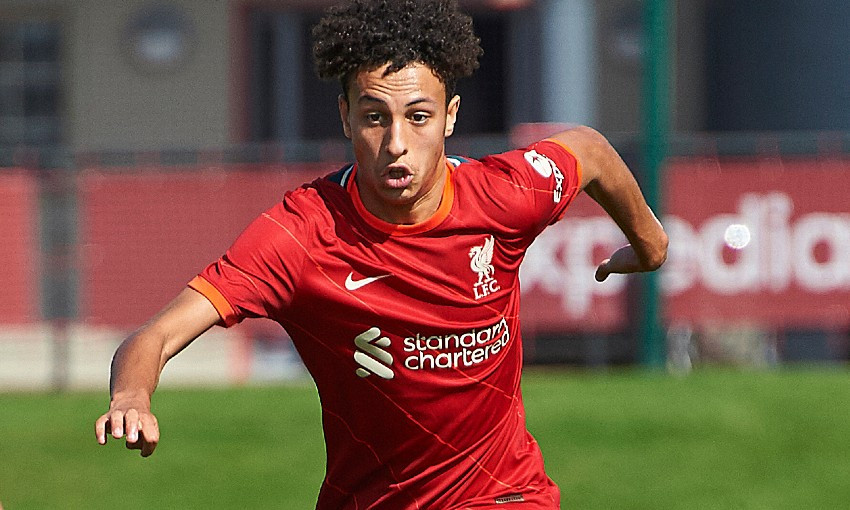 Pepijn Lijnders believes the Academy boasts numerous ‘diamonds’ with the potential to make the step up to Liverpool’s first team.

Six members of Jürgen Klopp’s current senior squad were regulars at youth level for the Reds and the boss’ assistant manager sees several players with the capability to make similar progress in the future.

“There are so many talents, diamonds, so many special players who just can’t wait to make the step so it’s so important that we keep doing this because with one player we push we inspire the whole Academy.

“So we have to keep this logic of the inside pathway: One, because we win players and second, because we become a better team because young players will never let you down – never, never. They never did and they never will.”

Specifically on Kaide Gordon, who turns 17 next month and was part of the first-team squad in pre-season, Lijnders continued: “About Kaide, before pre-season we always make sure that our biggest talents, or our talents, start a week earlier than we start, so they start with the U23s training.

“So I went to watch U23s training and I see one player and he has fire in each moment he touched the ball! He passes players like they are not standing there, so I call Jürgen immediately like, ‘Wow, we have a new player here!’

“So we take all these young players to the pre-season and when do you know you have a good player around you? It’s when the senior players start taking care of this young player. So when you see James Milner speaking with Kaide, when you see Trent becoming like a proper mentor, when you see that they invite him to sit on the table. All our boys invited him in our group and that made it, not easier, but it made it good for him, how to adapt to our team, to our style.

“He is what you see a lot with these kind of wingers - they can outplay, they can combine - but he has a goal in him and he has this natural ability to be in the box between the goalposts to score, even when the cross comes from the opposite side, for example. Not many talents have that.

“They have maybe dribbling skills but they don’t have this desire to shoot, to come in the box, to score. So he is a typical Liverpool Football Club winger, in my opinion, because he has goals, he has speed. We really like him and we are really happy he is with us.”