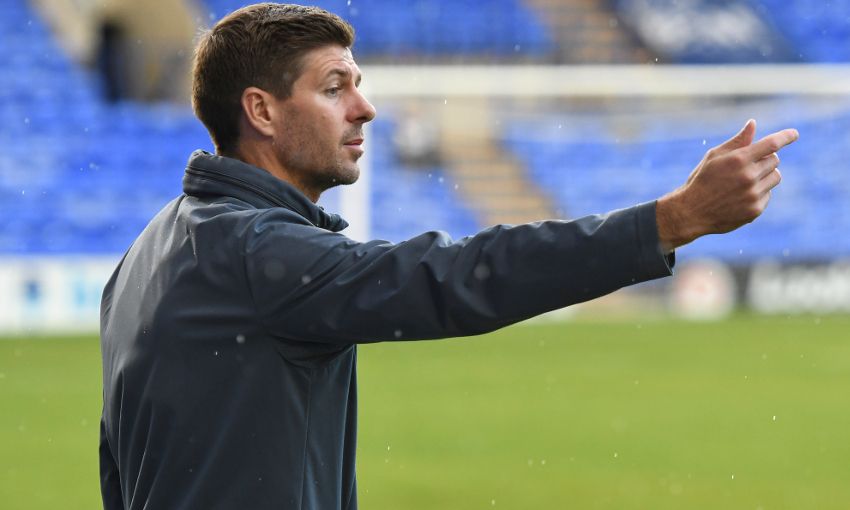 Critchley: Ovie has some 'wow' moments which make us smile

Steven Gerrard has called on his Liverpool U19s side to send out a message to other teams in the UEFA Youth League when they face Sevilla in Spain on Tuesday.

With two games left to play, the young Reds are four points clear at the top of Group E with three wins and one defeat, scoring 12 goals in the process.

Therefore, victory in Spain would secure top spot in the pool and a place in the last 16 - something Gerrard hopes will inspire his players.

"Sevilla away in the UEFA Youth League is a very mouthwatering tie and on paper it was always going to be the key game in the group,” Gerrard told Liverpoolfc.com.

"It’s very important and a key game for us because if we get the win then we are guaranteed to qualify for the next stage of the competition, and that was always the task in hand and the challenge for the players.

"What an opportunity this is for the lads to travel over to Spain and put in a strong performance.”

Asked what his final message will be to the players ahead of the 3pm GMT kick-off in Seville, he added: "Go and win the game. Show everyone why you are the best team in this group and go and send a message to everyone else that could potentially be facing us in the next round.

"Every time these lads put on the shirt they have got the chance to impress the first-team staff and impress the supporters.

"The team talk is easy. Sevilla away in the UEFA Youth League, a huge game and probably one of the biggest games these lads will have played in, so go and take your chance."

Back in the opening group game in September, Liverpool beat Sevilla 4-0 at Prenton Park.

It was a brilliant team performance from Gerrard’s team, with Curtis Jones scoring twice and Herbie Kane and Conor Masterson also netting.

LFCTV GO: Highlights of the U19s' 4-0 win over Sevilla

Asked whether he felt that was a perfect performance from his side, Gerrard said: "It was close. I’m not sure you ever get the perfect one as a coach because you are always looking for little small details to try and improve.

"I think all over the pitch we won every single battle and that’s all you can ask for as a coach and manager, but what we said to them after the game is: ‘Look, you have set and raised the bar now and every time you fall short you are going to get us coaches moaning and criticising you.’

"If we can get a performance moving forward as close to that we will be a very difficult team to play against."

Gerrard has also warned his side to be wary of the wounded animal with the Spanish outfit determined to bounce back after being outplayed by the Reds.

He added: "We know they are very good technically. Even though we fully deserved the 4-0 win we do feel that this game will be different scoreline wise.

"I do feel they were very hurt by how much they were dominated and what we did to them in the first team. Good players and good clubs want to respond and give a reaction so we expect them to come out to try and press us.

"The good thing for us is there is not really the pressure on us to press them high up or use any unnecessary energy so we will have a game plan that suits us away from home. They need the win so that means that will have to come out at us, but hopefully the lads can execute our game plan."

Gerrard will also welcome striker Rhian Brewster back to his squad after his exploits in helping England U17s win the World Cup in India. 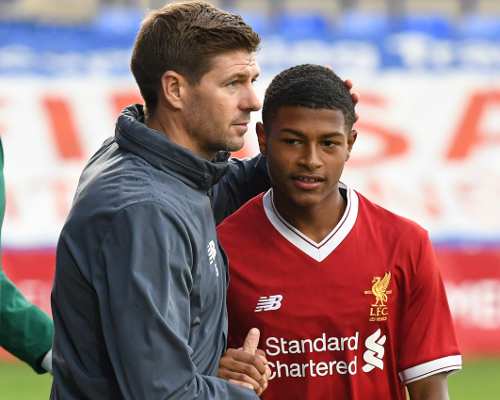 Gerrard is pleased to have the striker back and admits it gives him a tricky selection choice after other players took their opportunity during Brewster’s absence.

"Good headaches and good selection issues, that’s what we want," he continued.

"Rhian went away with England U17s and did fantastically well and deserves all the credit he is getting at the moment.

"We will be pushing him and pushing him for a performance against Sevilla if he is selected in the starting XI. It's great to have him back in the squad because obviously when he was away our options became limited."