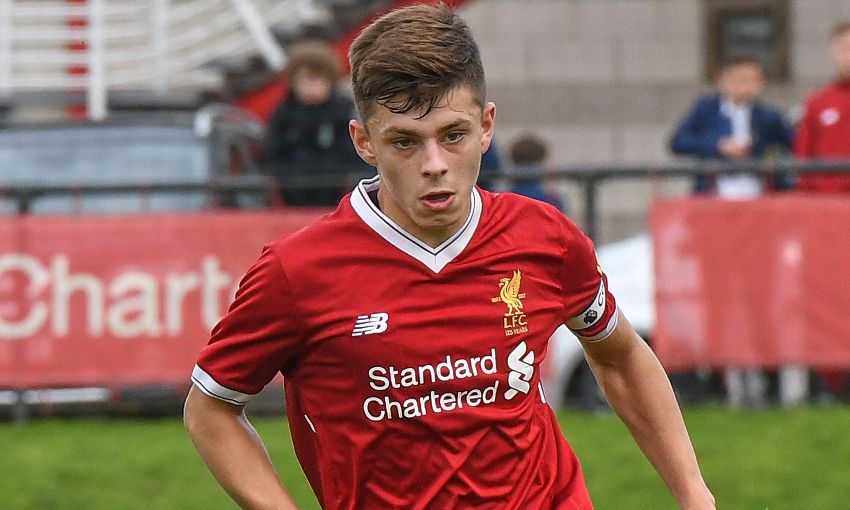 Steven Gerrard has revealed he expects to lose Adam Lewis to the U23s soon if the defender keeps up his recent performance levels, declaring: 'I haven’t seen anyone as good as him at that age'.

The Scouser, who has been at the club's Academy since the age of six, has been vital to the Reds' unbeaten start in the U18 Premier League and progression to the last 16 of the UEFA Youth League.

It is Lewis' defensive nous and deadly crossing ability that first caught the eye, but his leadership skills have also been recognised with the captain's armband during the recent absence of the injured Liam Coyle.

The 18-year-old  provided yet another assist during Friday’s dramatic 2-1 win over Sunderland, when his perfect cross from the left was slotted home by Glen McAuley.

And, after the game, Gerrard was keen to lavish praise upon his left wing-back, who he believes could soon be in for a deserved promotion.

The U18s boss told Liverpoolfc.com: "Adam's been doing it for us all season long and I’ve been singing his praises all along.

"If Adam can keep this consistency up I don’t think he’ll be around this team for much longer.

"I want to keep him for as long as I can, but for me, he’s such a threat on the left side.

"Going forward, I haven’t seen anyone as good as him at that age, in terms of quality and what he can deliver in the final third."