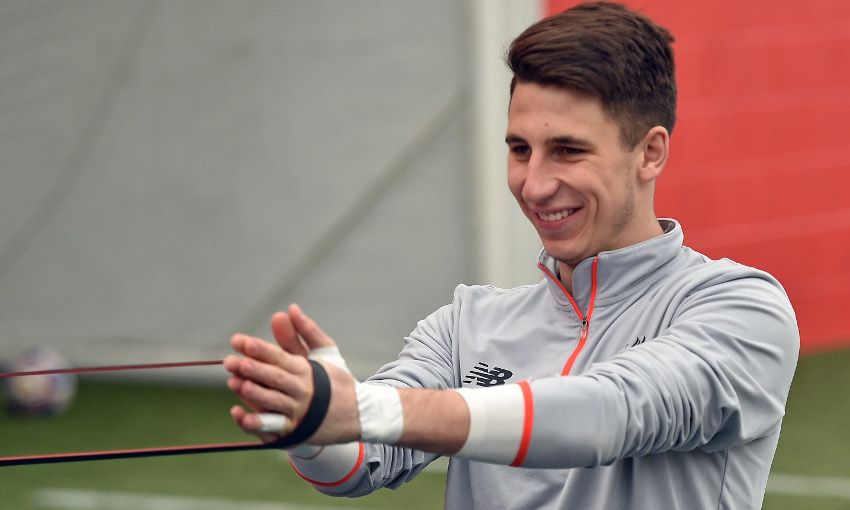 In our latest Academy column, we speak with U23s goalkeeper coach Mark Morris about the progress of the club's young shot-stoppers and Kamil Grabara's new deal.

I always say what an absolute privilege it is to be able to coach our young goalkeepers at the Academy and last week we were all delighted for our Polish stopper Kamil Grabara to sign his new deal. He has worked really hard in training and he has come on in leaps and bounds. He has taken to the English game like a duck to water. He is very, very strong in the air, he is mentally strong, his distribution has really come on and he is brave and quick in his thinking. He listens, he works so hard and it goes to show if you get your head down, keep improving and work hard then you get the rewards. I remember when Kamil first came to the Academy from Poland we realised we had a lot of work to do with him. He has progressed very quickly and we have really high hopes for him.

Kamil is a confident young boy with a big presence. Don’t forget when you are a goalkeeper you are the closest to the crowd so you hear every word, every little comment, so you have got to be thick-skinned. If you watch games and you’ve ever been close to the bench, the first thing a manager does when a goal goes in is look at the goalkeeping coach. The goalkeepers tend to be the butt of the jokes but we are slowly but surely turning that mentality which has been around for years. 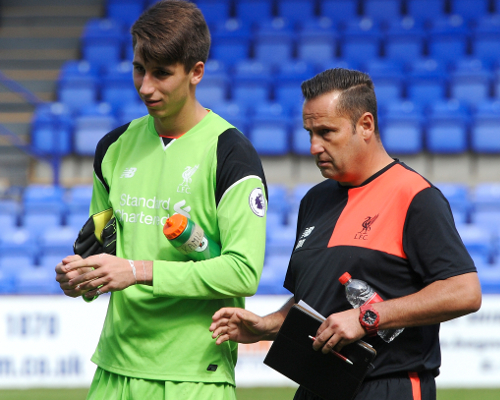 Kamil has a lot of attributes. He deals with crosses probably better than most goalkeepers. He is on the front foot, he is strong, he seems really cut out for the English game. He is so good in one-v-one situations. You tend to take it for granted and if someone goes clean through on goal with just Kamil to beat you almost turn away because you know he is going to make the save. He is very hard to beat one-v-one and he has got very good technique in terms of spreading his legs and his hands. He generally doesn’t just dive at an opponent’s feet and he will wait, times it right and gives them nothing to hit. He is fearless in that respect and a lot of times he will put people off just by his positional play.

Kamil spends a lot of his time up at Melwood now. He spent 18 months here in Kirkby with myself and Taff [U18s goalkeeping coach Neil Edwards]. He then went up to Melwood - they like him and they have kept him there more and more. He does his weights programme at Melwood and when he comes back to the Academy he always equips himself really well. Don’t forget, Kamil is an U23 player so he has to consistently tick the box with Neil Critchley’s side and then look for his next level of progression. 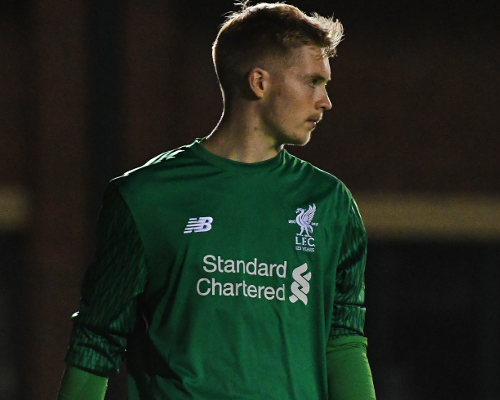 We also have an outstanding young goalkeeper from Cork in Ireland in Caoimhin Kelleher, who is making excellent progress. He is a fantastic shot-stopper. He has come out of his shell a little bit because he was quite quiet when he first came to us and his game was still developing his communication at critical times. That is a lot better now in terms of organisation and he’s another one who's good coming for crosses, his distribution is good, he’s brave and he works very hard the same as Kamil. It makes my job easier because they both work very, very hard and push each other. They listen to the things we’ve got to say to them. Being a goalkeeper coach, you offer them advice and give them options. At the end of the day it’s got to work for a keeper and Caoimhin is a different type of goalkeeper than Kamil. Caoimhin is what I would call a little bit more unorthodox as he is a blocker, he gets himself in really good positions and makes saves with all parts of his body. Kamil is more conventional in terms of stopping shots but Caoimhin is just as successful.

What we tend to do with the U23s side is try and get the goalkeepers to play two games then have two games off but it can be quite difficult to do that. We don’t consider it to be a case of one being ahead of the other but we are trying to get the pair of them into a settled routine of games. Kamil has been the goalkeeper for the U19 team in the UEFA Youth League because Caoimhin is actually a month too old to play in that tournament, which is a shame for him. So, when Kamil has played for the U19s, it has opened the door a bit for Caoimhin to play for the U23s. 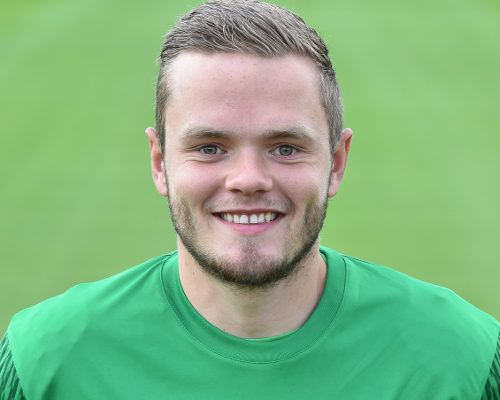 Let’s not forget Andy Firth, who is still very much a big part of the U23s squad. Andy has a fantastic attitude. I’ve actually just finished my review on Andy - we do regular six-week reviews on the boys. Firthy is an unsung hero here at the Academy in terms of what he does in training for us. He knows the situation and knew it at the beginning of the season. He signed a new contract and he trains 100 per cent of the time and knows Kamil and Caoimhin will play ahead of him if they are fit. He also helps out and part of his contract is coaching so he is a big help for us. He is fantastic with the young goalkeepers and the young kids love him. Don’t get me wrong, Firthy wants to play at the highest level he possibly can and he is only 21, but he has the attitude that you always want as a coach. 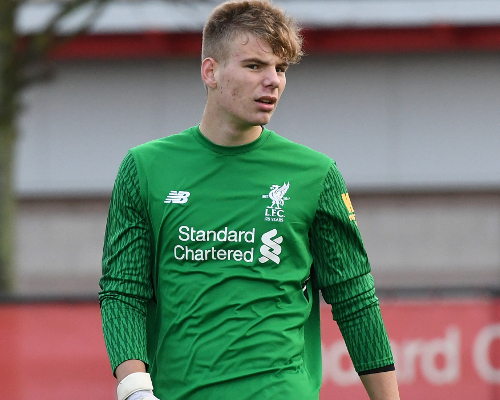 Supporters will have noticed a new goalkeeper in Steven Gerrard’s U18s team this season in 16-year-old Viteslav Jaros. Viteslav is a young boy from the Czech Republic. He took a little bit of time to adapt but we had a plan for him. He is probably ahead of that plan in terms of playing for the U18s and he is doing very well. We have great competition for places because we also have Daniel Atherton and Ben Williams, who are also excellent young goalkeepers and working so hard every day and trying to impress. Kamil and Caoimhin can also play for the U18s because you can play an over-age goalkeeper, so there are five competing for one spot and it’s so tough.

We have a fantastic relationship with the first-team goalkeeping coach John Achterberg. We are a really close-knit group and myself, Taff and Bavo [Ian Dunbavin] speak with John every day. John is never off the phone and we are in constant discussions about the progress of our young goalkeepers and the best plan for them going forward. When Kamil comes down to the Academy to train with the U23s then Caoimhin will get the chance to go to Melwood. Caoimhin got the chance to warm up on the pitch ahead of the Merseyside derby last Sunday which was a great experience for him.