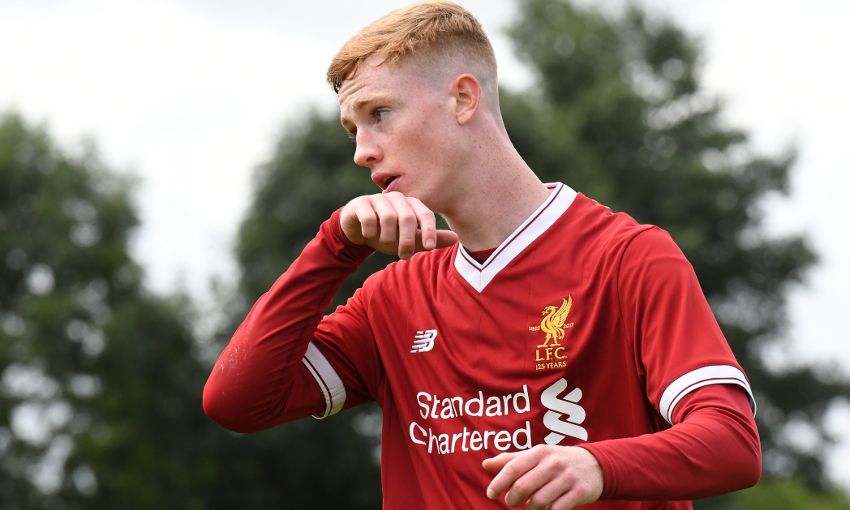 Liverpool U18s claimed a 2-1 victory over RB Leipzig in a behind-closed-doors friendly at the Academy on Tuesday afternoon.

Glen McAuley's first-half spot-kick and a goal from Leighton Clarkson, which came in response to a late Leipzig equaliser, proved decisive for the hosts, who were good value for their win.

Liverpool made a bright start to proceedings, with McAuley coming inches from carving out a lead from Yasser Larouci's cross just 13 minutes in.

The Irishman came close again soon after, when his goal-bound shot was kept out against the odds after a pull-back from defender Jack Walls.

But he wouldn't be denied a third time, and coolly dispatched a penalty by sending the 'keeper the wrong way five minutes before the break after Niall Brookwell had been downed in the box.

The Reds continued to control matters in a second half that saw Harvey Whyte make his first appearance after a year out with injury but, having failed to make the most of their chances, they were hit by a sucker punch in the 74th minute.

A mistake at the back allowed Noah Holm in on goal, and the Norwegian forward made no mistake with his finish to level things up.

The hosts hit the bar through Anthony Glennon's header from a Larouci free-kick immediately after, but there was still time to clinch the win.

The winning goal came seven minutes from the end of normal time as Larouci picked out Clarkson, who showed great composure to slot the ball home after a clever run.