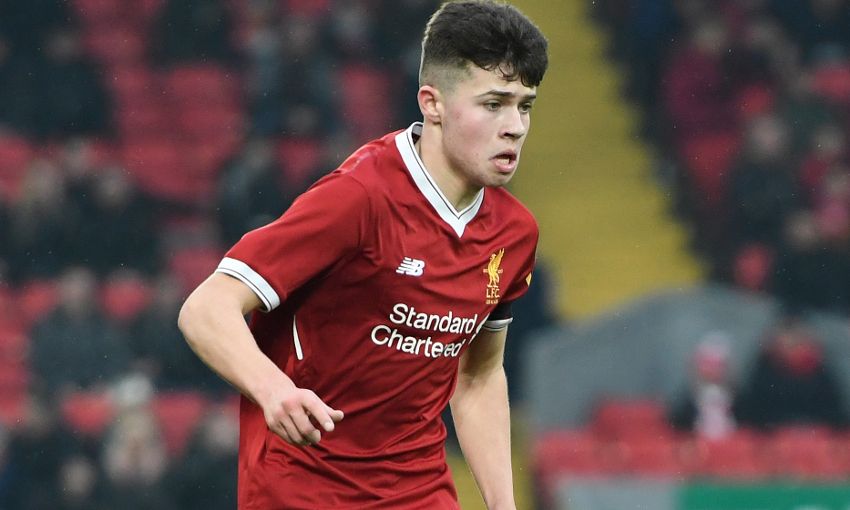 Liverpool U18s hope to bounce back from their FA Youth Cup heartache when they welcome Stoke City to the Kirkby Academy on Friday night.

Steven Gerrard's unbeaten side are just one point behind leaders Manchester United and victory will see the young Reds top the division.

Due to cup commitments, the U18s haven't played a league game since January 6 - a resounding 6-1 away win at Blackburn Rovers.

Read on for more details about the fixture...

Where is the game being played? The match is at the Kirkby Academy, with kick-off set for 7pm GMT.

How can I watch? The game is live on LFCTV and LFCTV GO with our coverage starting at 6.30pm. Click here to sign up now.

View from the manager... 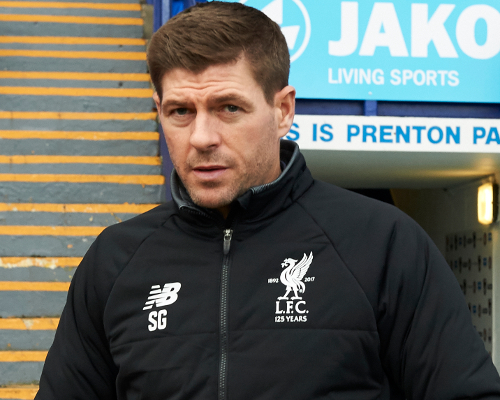 "We are unbeaten in the league up to this point and credit to them because it shows there is a winning mentality in the group. After a couple of defeats in the cups we want to get back to winning ways, you want that winning feeling and the lads should be up for it and really looking forward to kick-off.

"I'm not sure right now which players I will have available and I think there's going to be a knock-on effect from the U23s with a lot of players going out on loan. We have got quite a few injuries as well and I think people watching the game on Friday night might see a different line-up for us.

"When you get the chance to jump up an age group it is always an opportunity to jump up and impress and shine. I've watched quite a few U16 games of late and I think there's quite a few in the group who deserve that chance and the exposure. We have to protect them at the same time and not throw them into the deep end and it's too soon for them, so we will be very careful how we edge them in.

"We will prepare our lads for Stoke's strengths and their weaknesses and then it's over to the lads to go and deliver what we ask them to. If they do that then I'm confident we can get the right result, whatever personnel we have got out."

View from the player, Elijah Dixon-Bonner... 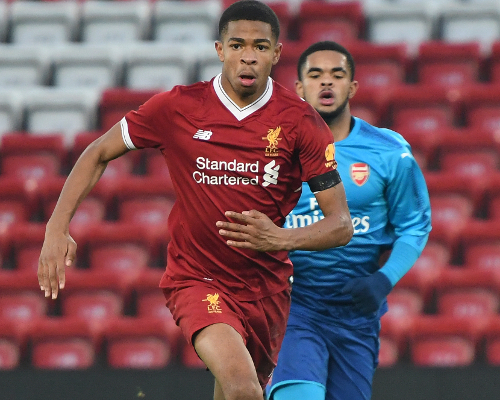 "We are all ready to bounce back now after losing to Arsenal in the FA Youth Cup at Anfield. The whole day was a magical experience for us. From going on the bus to the stadium, seeing the fans, getting off and walking out on the Anfield pitch for the first time was a dream come true.

"Every single player that played in that game can honestly say they gave it their all and that's what Steven asked us to do before the game and don't have any regrets. When you don't get the result you can still walk away with pride and say we gave it our all and we could easily have won that game, and we will go again.

"It has been a long break [since the FA Youth Cup game at Anfield] and we didn't have a game last weekend so everyone is raring to go. The training has been really good and we all can't wait for it and hopefully we can get the three points.

"I love the night games and it's great to play on a Friday night at the Academy. We always get a good amount of people coming to watch the game, the cameras are there and it's a lovely experience, but the main thing for us is to go out on that pitch and get the three points.

"To get the chance to go top of the league with a victory is an extra pushing point for us. We want to win the league and if we can get the win then hopefully that will stand us in good stead for the rest of the season.

"There's no secret to why we are unbeaten in the league so far this season, it's just about hard work and togetherness. We all work for each other, that's the main thing for us and we need to do that every time we go out there because every game will be hard between now and the end of the season."