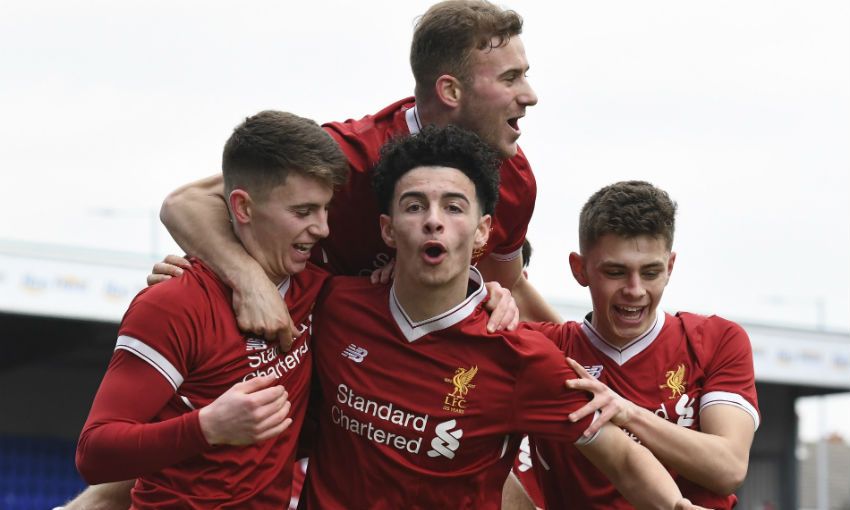 Steven Gerrard’s side dominated much of the first half at Prenton Park and could have gone in at the interval with a more handsome advantage than that given to them by captain Woodburn’s 11th-minute header.

That said, United gained a foothold in the game in the closing stages of the first period - with Tahith Chong crashing a shot off the bar - and then picked up where they left off after the restart.

However, the young Reds stood firm in the face of increasing urgency and pressure from Nicky Butt’s team and clinched their spot in the last eight - where they will face Manchester City next month - when substitute Camacho sent a dipping 20-yarder past United goalkeeper Alex Fojticek late on. 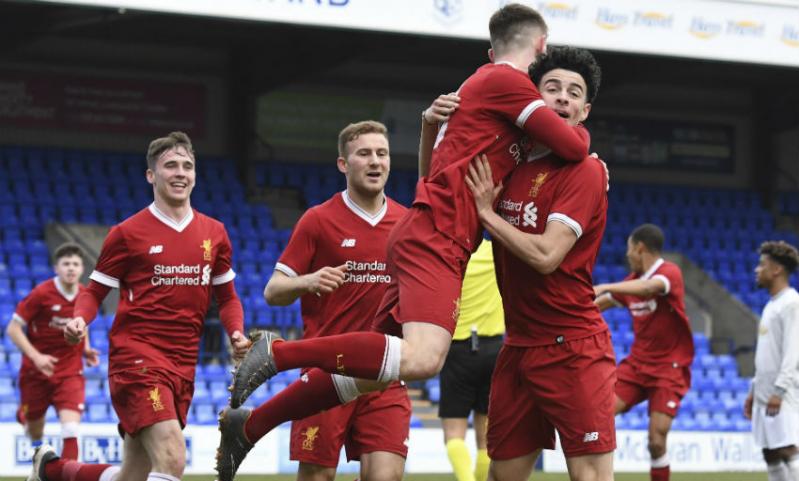 Liverpool began the game on the front foot and their positive start was rewarded on the scoreboard early on.

Elijah Dixon-Bonner found Neco Williams, who floated in an inch-perfect cross to the back post where Woodburn was waiting to glance his header beyond Fojticek from close range.

Further presentable chances for Curtis Jones and Herbie Kane followed as Liverpool sought to extend their lead quickly, and Woodburn toe-poked over the bar shortly after the half-hour mark after excellent work down the left by Liam Millar.

LFCTV GO: Watch highlights from the win over United

Only one side looked likely to score again before half-time, but United’s first real foray forward so nearly resulted in an equaliser against the run of play when Chong rattled Kamil Grabara’s bar with a half-volley from the edge of the area.

That moment seemed to rouse the visitors into life, with Joshua Bohui then jinking past Williams and firing off target, although Dixon-Bonner saw a shot deflect onto the woodwork at the other end prior to the break. 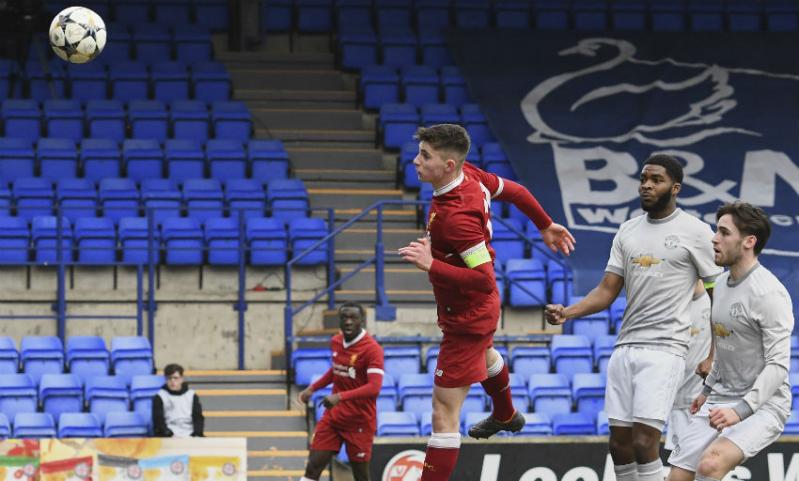 Grabara palmed away Aidan Barlow’s attempt as United went in search of a leveller early in the second period, and Conor Masterson had to be alert to clear Chong’s goal-bound effort after Bohui had harried the Liverpool goalkeeper out of possession.

However, Liverpool sealed their place in the quarter-finals with 13 minutes remaining - and they did so in some style, too, as Camacho cut in from the right and rifled a fine dipping effort into the far corner.