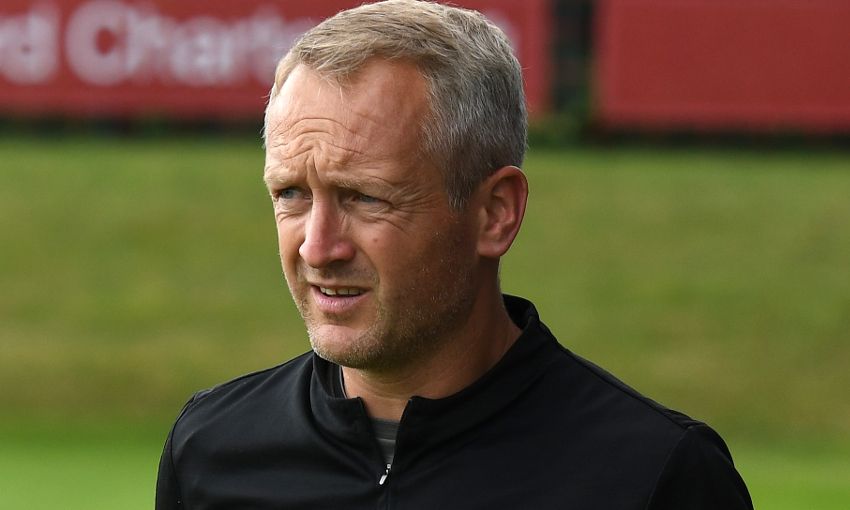 Neil Critchley rued another frustrating outcome for his Liverpool U23s side when their play merited more in a 2-1 defeat against West Ham United.

The young Reds fell behind just two minutes into the Premier League 2 encounter on Sunday but recovered quickly and went on to create a host of opportunities.

However, a combination of the determined goalkeeping display by Hammers stopper Nathan Trott and and their missing several big chances cost Critchley's team.

Matty Virtue did level for the Reds in Kirkby, but a superb free-kick from Oladapo Afolayan 17 minutes from time earned the visitors the three points.

"That was very hard to take because I think the least we deserved out of that game was a draw," Critchley told Liverpoolfc.com.

"A lot of our play was really good, some top football, we controlled a lot of the game and I thought we were the team always in the ascendancy.

"I'm still scratching my head thinking, 'How have we at least not drawn that game?'

"In terms of the goals we conceded, the first one was an horrendous one to give away from a corner and then I was disappointed how the second one came about when we gave away the free-kick.

"Their goalkeeper was far busier and he made some really good saves, but we just didn't take our chances, which is all about making the right choices in front of goal.

"Goals change games and unfortunately it went against us. It's not like we are not creating chances because, as I said, some of our attacking play and build-up was really good.

"Sometimes it's a pleasure to watch us play but what we have to do is not show any frustration and believe in what we are doing and how we are playing and show perseverance.

"That is very tough for the young players who are not getting their just rewards for their good play - and that's the fourth game on the bounce that's happened."

One player at the forefront of Liverpool's attacking play was 18-year-old Adam Lewis.

Having started the campaign at left-back, the Scouser showed his versatility by switching to central midfield - and it was his passing and probing that impressed the coach.

"He provides something different with his quality. From the middle of the pitch he can open up a defence. His energy was very good.

"I don't think it harms him playing both left-back and midfield at the moment. He's similar to Trent [Alexander-Arnold] in that way.

"He's capable of playing both and his versatility could be a real plus for him going forward."