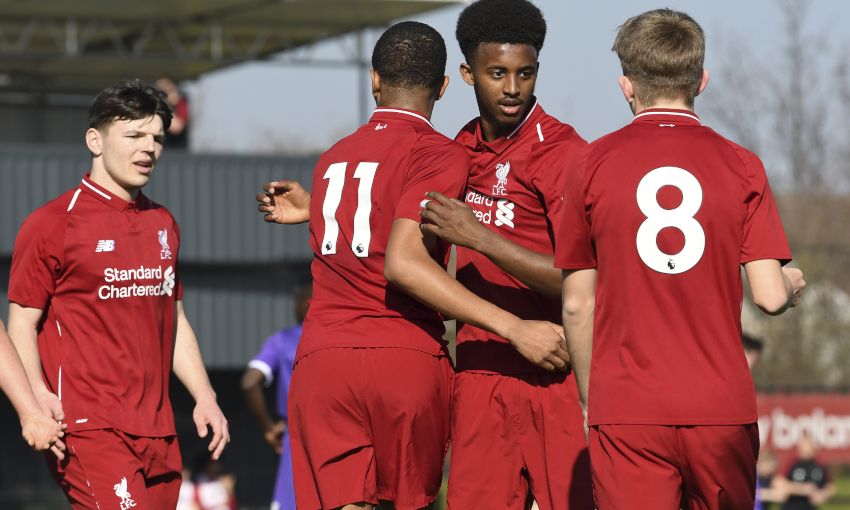 Liverpool U18s climbed to the top of the U18 Premier League North table with an impressive 3-1 win over a tough Stoke City side at the Academy on Wednesday.

Visitors Stoke had beaten Everton 4-2 at the weekend to knock Liverpool's Merseyside rivals off top spot but found little joy on a gloriously sunny day in Kirkby.

Reds centre-back Williams, who signed his first professional contract yesterday, headed the hosts in front and Dixon-Bonner restored the lead with a low shot from the angle on 22 minutes, after Abdoulaye Toure had briefly levelled for the away side.

Having scored a last-minute equaliser in Saturday's 1-1 draw with Newcastle United, Clarkson made sure of the three points with five minutes to go when he dispossessed a Stoke defender on the edge of the box and slotted a finish past goalkeeper Nathan Broome. 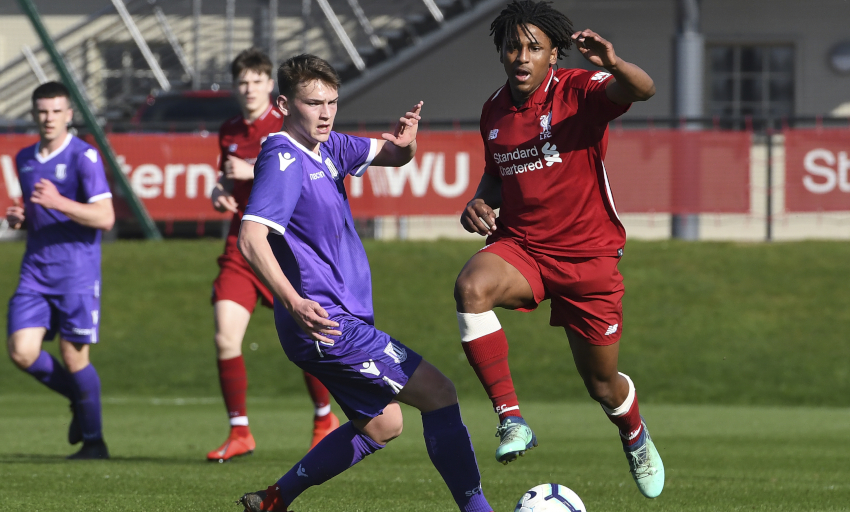 The Potters enjoyed some good spells over the 90 minutes but Liverpool started the game on the front foot with the full-backs bombing on down the flanks to bolster the attack early on.

Right-back Jack Walls was particularly prominent in the opening stages and combined well with Abdi Sharif on the touchline before the latter was fouled for the free-kick which led to the opening goal.

Jake Cain whipped in a delivery and Williams rose highest to head in his fifth goal of the season.

The Reds kept the pressure on as Sharif fired a low, 25-yard shot wide of Broome's right-hand post but, after being kept at arm’s length for the opening quarter-hour, the visitors equalised with their first shot on goal.

Toure broke at pace as the young Potters launched a counter-attack and as Walls raced back to recover his position, the No.11 cut inside the full-back and beat goalkeeper Vitezslav Jaros with a powerful shot to level the score at 1-1.

A moment of brilliance from the Reds soon restored the lead, though.

The impressive Clarkson collected the ball after some good build-up play by striker Paul Glatzel in midfield, surged forward and slipped a perfectly-weighted through pass to Dixon-Bonner on the left of the box.

The all-action No.11 made no mistake, rifling his low shot past Broome and into the far corner of the net. 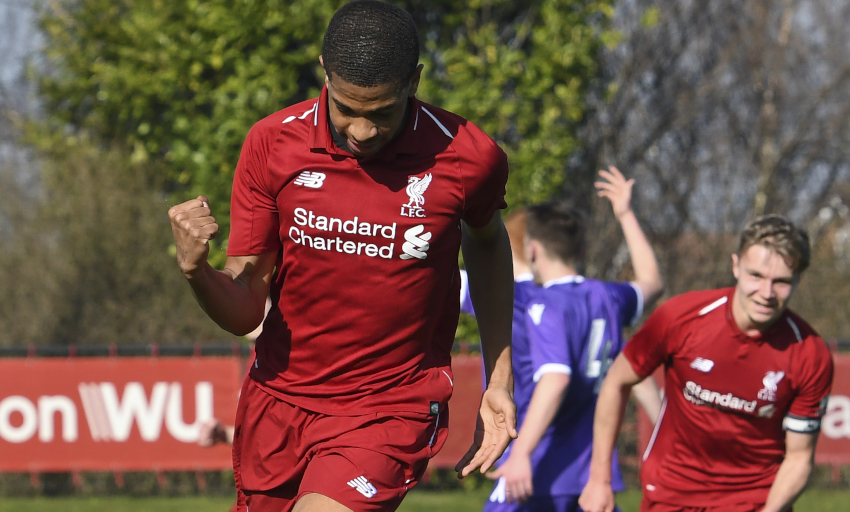 Dixon-Bonner had the chance to add his second moments later, but saw a similar effort blocked.

A brilliant tackle in the box from Stoke defender Lewis Macari denied Cain a shooting chance as Liverpool ended the half strongly and Dixon-Bonner flashed another strike just wide after some slick build-up play and a clever pass from Yasser Larouci had set up the chance.

The expected Stoke response came almost immediately after the break as a last-ditch tackle and an important defensive block denied a pair of goalscoring chances.

Liverpool's Glatzel, back with the U18s as Neil Critchley's U23s are not in action until their Premier League 2 mini-derby against Everton on March 4, showed his class with a flick and turn that forced Macari to handle the ball and deny his progress.

From the resulting free-kick, strike partner Bobby Duncan brought a save from Broome with a dipping 25-yard effort.

Glatzel was revelling in pulling the strings and minutes later he threaded a typically clever pass through the Stoke defence from which Clarkson fired a shot across the face of goal.

With the game still in the balance, Stoke pressed forward for the equaliser and looked almost certain to get it on 65 minutes when Mohamed Sankoh got in behind Williams. However, Reds 'keeper Jaros got a vital touch on his shot from a tight angle to force it past the far post. 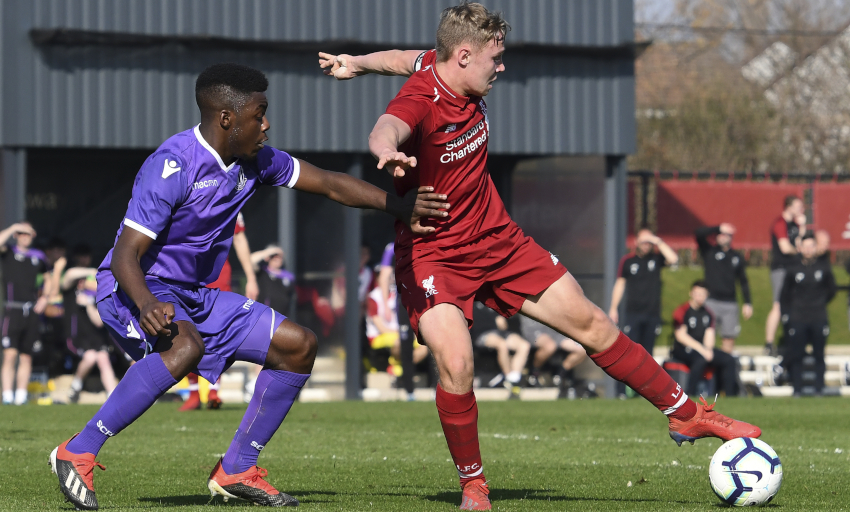 The Potters turned to a training ground routine 10 minutes later after Williams had given away a free-kick with a tackle deemed worthy of a yellow card. Two Stoke players peeled off the end of the Liverpool wall to meet a lofted pass to the back post but Jaros was equal to the resulting header.

With the Liverpool defence undergoing a thorough test, Clarkson relieved the pressure with some individual brilliance. The midfielder harried the Stoke centre-back, robbed him of possession and calmly applied the finish when one-on-one with the 'keeper.

As the final whistle went, Liverpool moved to the top of the table and will now look to consolidate their position in the next league outing, against eighth-placed Blackburn Rovers at the Academy on Saturday.