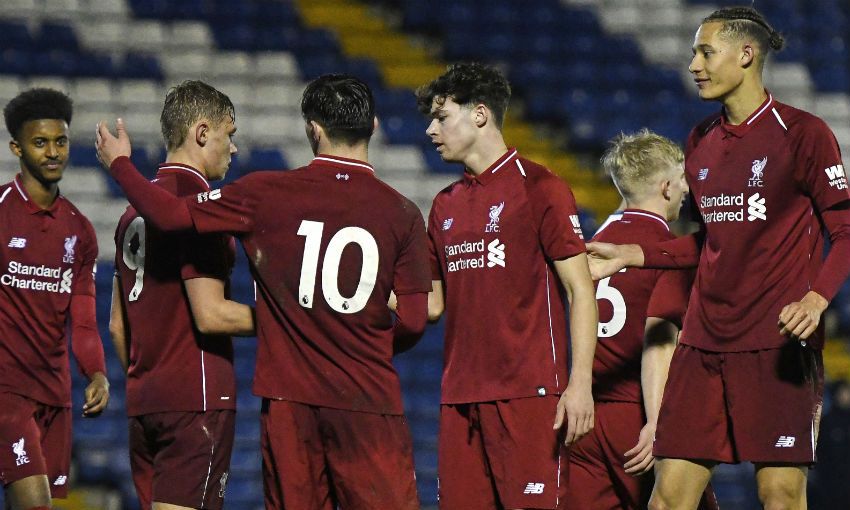 Paul Glatzel outlined his aim to win three trophies this season after captaining Liverpool to a 5-1 FA Youth Cup quarter-final victory over Bury.

Prolific striker Glatzel netted twice - his 25th and 26th goals of the season - as the young Reds booked a last-four tie with Watford in style at Gigg Lane on Wednesday.

Barry Lewtas’ side also currently top the U18 Premier League North, while the club’s U19s travel to Croatia to take on Dinamo Zagreb in the first knockout round of the UEFA Youth League next week.

And Glatzel’s ambition is to end the campaign having played his part in winning a treble.

“Definitely it adds something to it,” the forward told Liverpoolfc.com of the excitement around his team’s run to the Youth Cup semis.

“We do want to win the league but we want to win every competition we’re in, especially this competition. It’s one of the biggest and we just need to keep going.

“We are looking forward to every round as it comes, but we have to take every game as it comes. We’ve done that and it’s a great competition. We want to go all the way.”

Testing weather conditions and an awkward playing surface, along with home advantage for their opponents, meant an impressive Liverpool display was required to earn Wednesday’s emphatic result.

Glatzel continued: “I’d say it was a professional performance. It’s a tough place to come to, the conditions were against us, their fans are here.

“It was a tough game but we pulled through, got the win today and the performance was there so we’re just looking forward to the next round now.”

The 18-year-old’s typically-clinical finish opened the scoring early on at Gigg Lane, with his second of the evening arriving via a predatory header in the opening stages of the second half.

Glatzel then passed up a chance to complete his hat-trick late on when he squared to strike partner Bobby Duncan instead of shooting while one-on-one with Bury’s goalkeeper - an act of selflessness labelled ‘probably the most pleasing part of the night’ by Lewtas. 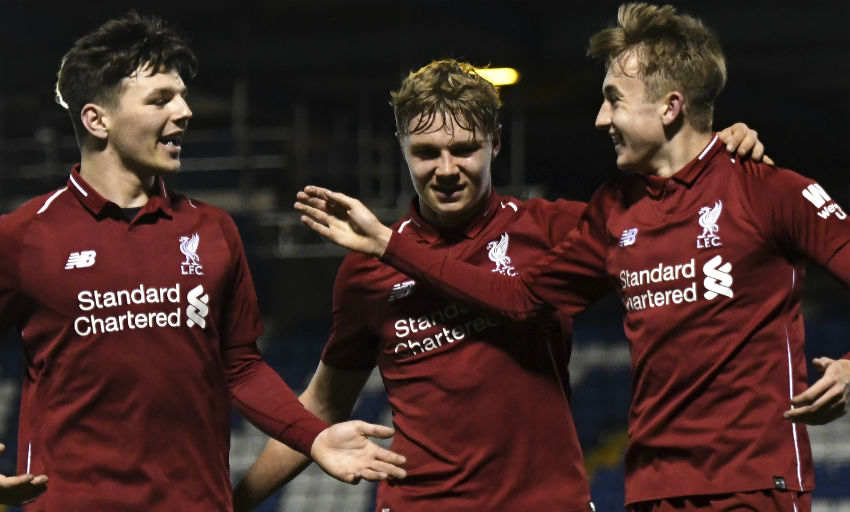 “Obviously I’m happy with my two goals but it’s about the team, especially in this competition,” the skipper said.

“We want to go as far as we can and we’ve done that today. We just need to keep going and we’ve got a good tie to look forward to in the next round.”