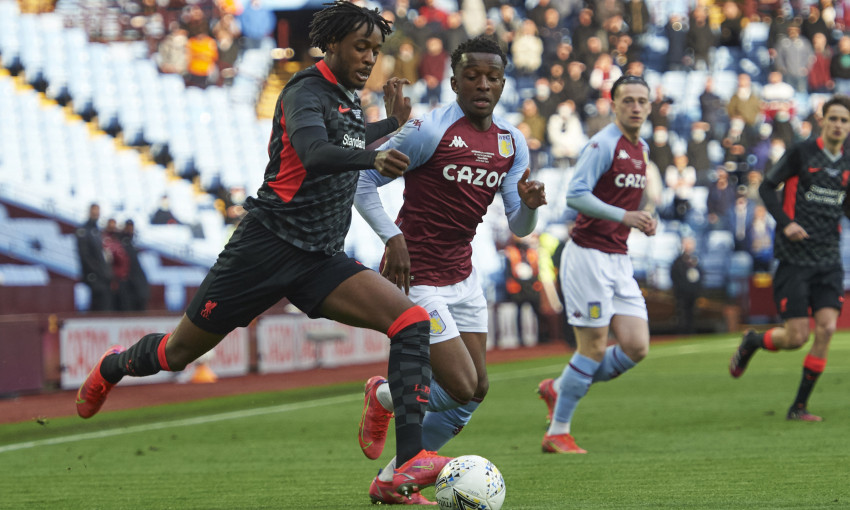 Villa raced into a two-goal lead within 12 minutes thanks to Ben Chrisene and Brad Young, and went on to keep the Reds at arm’s length for much of the prestigious competition’s showpiece.

Mateusz Musialowski and Max Woltman had opportunities to bring Liverpool back into the tie, while the home side twice struck the woodwork.

Substitute Melkamu Frauendorf set up a fascinating finale when his volley was diverted into the net by Seb Revan with 17 minutes remaining.

But Villa’s opening salvo proved enough to clinch the trophy as Marc Bridge-Wilkinson’s team fell at the last hurdle after an excellent run in the tournament this season. 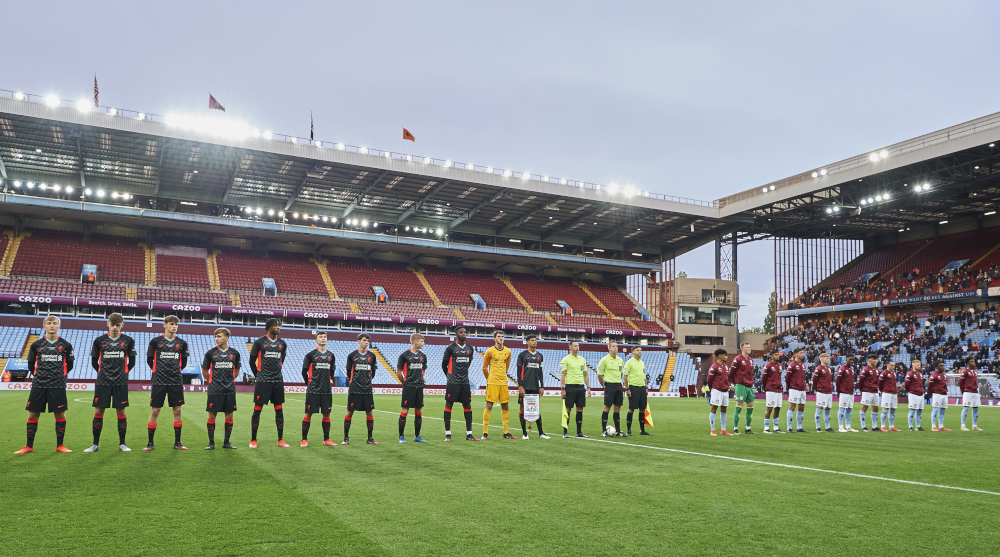 An even beginning to proceedings at Villa Park, where several thousand home supporters were in attendance, gave way to a decisive double blow by the hosts.

The final was just seven minutes old when Arjan Raikhy burst towards the touchline, turned and guided a precise pass to the centre for Chrisene, who took one touch to control and another to crash a low shot through Billy Koumetio’s legs into the bottom right corner.

Villa sensed an opportunity to bombard the recovering Reds and Young crept into space in the left channel but sent a straight effort at Harvey Davies from a narrowing angle.

The same man was celebrating within a minute, however.

Young tumbled inside the Liverpool box under the attention of Koumetio and, though the contact appeared accidental, the referee awarded a penalty that the Villa No.9 dispatched with a skip and a side-foot.

The Reds might have levelled on the quarter-hour as James Balagizi snatched possession at the edge of the opposition box. He was blocked out by the goalkeeper but the loose ball came out to Musialowski, who lifted his drive at the net too high. 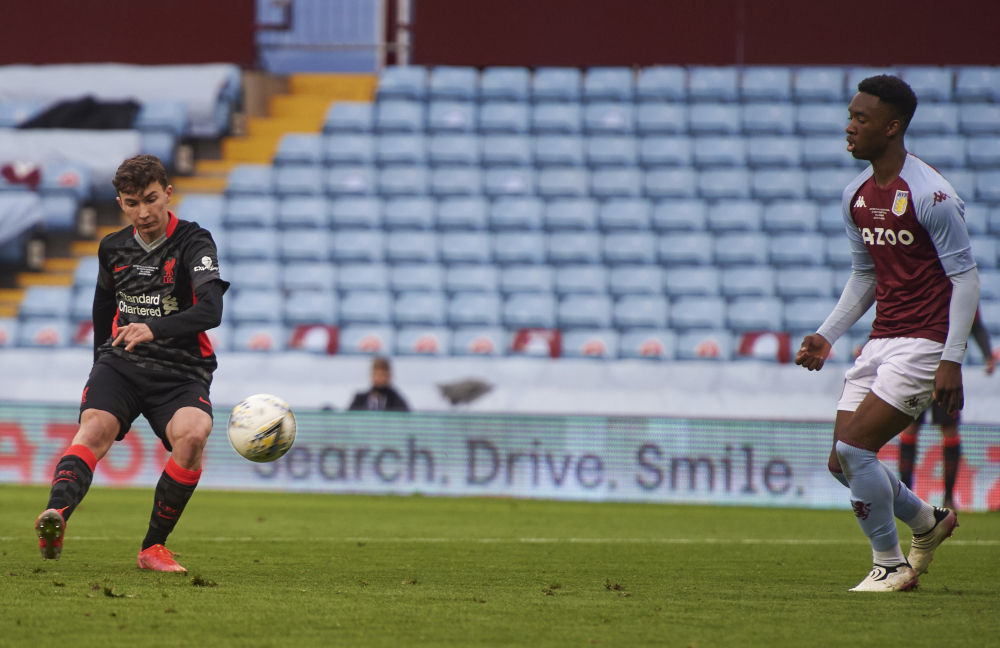 Villa’s ferocious tempo continued to carve out big chances, though.

Young’s close-range shot on the turn glanced the outside of the right post after he had carried the ball around James Norris and Davies, only a brave Koumetio block denied Louie Barry, and Chrisene later struck the same part of the goalframe.

Villa right-back Kaine Kesler-Hayden whistled a hit wide of the far post and Musialowski again sent the ball into the stand from a decent position 20 yards out as the break arrived with the score 2-0.

Bridge-Wilkinson responded by introducing Frauendorf at the start of the second half, in place of Dominic Corness.

And the substitute almost made an immediate impact, beating his man along the right flank and squaring across the area for Woltman. The No.9’s first-time strike drifted wide.

Norris had to make a timely intervention to stop Barry from serving up a sitter for Young, before Davies thwarted Young, Carney Chukwuemeka and Barry in quick succession.

On the hour, Liverpool were relieved to see Young swipe a shot harmlessly wide after Chukwuemeka had dribbled dangerously along the byline and the ball came into the box.

Davies pushed away another blast by the relentless Young and it proved an especially important stop when the Reds bagged at the other end moments later.

Tyler Morton’s deep corner-kick delivery from the right came to Frauendorf, who showed strength to hold off his marker and connected cleanly with a volley at the right corner that was nudged across the line by Revan. 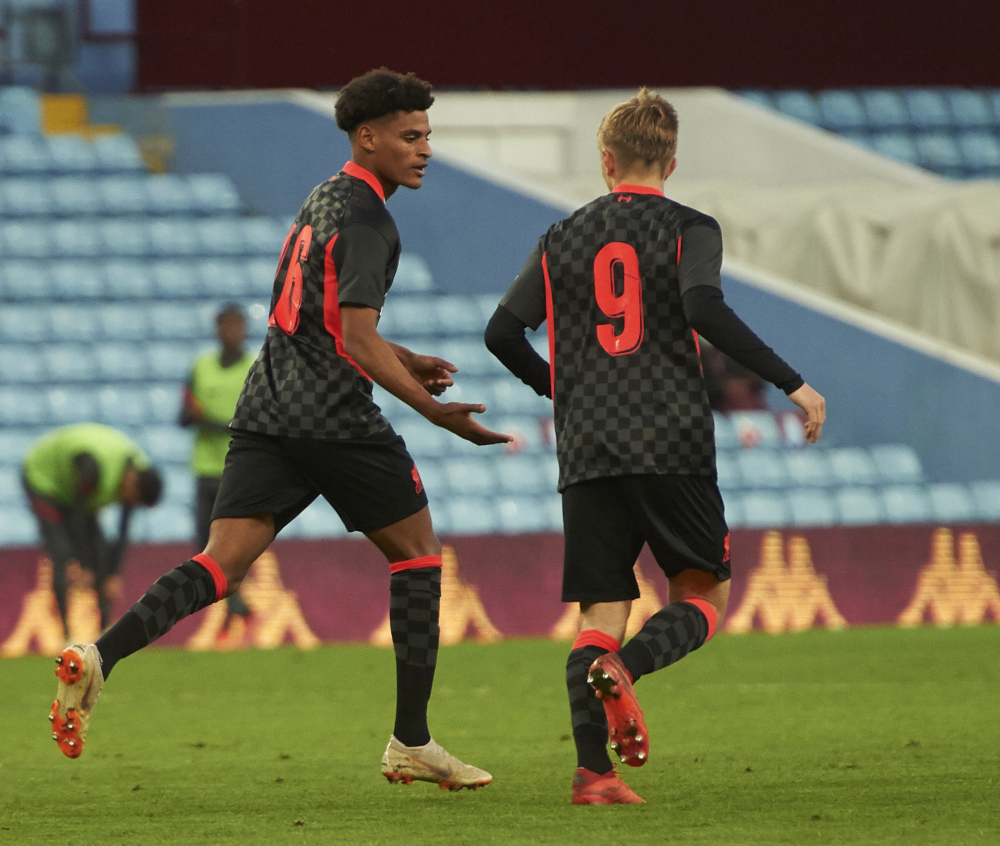 The hosts rallied and Davies denied them vitally once more as Barry’s pass inside the area invited Aaron Ramsey to toe-poke at goal from mere yards out.

Liverpool mounted growing pressure on the Villa goal as time ebbed away and a late chance fell to Musialowski in the box, only for Sil Swinkels to block the attacker’s hit.