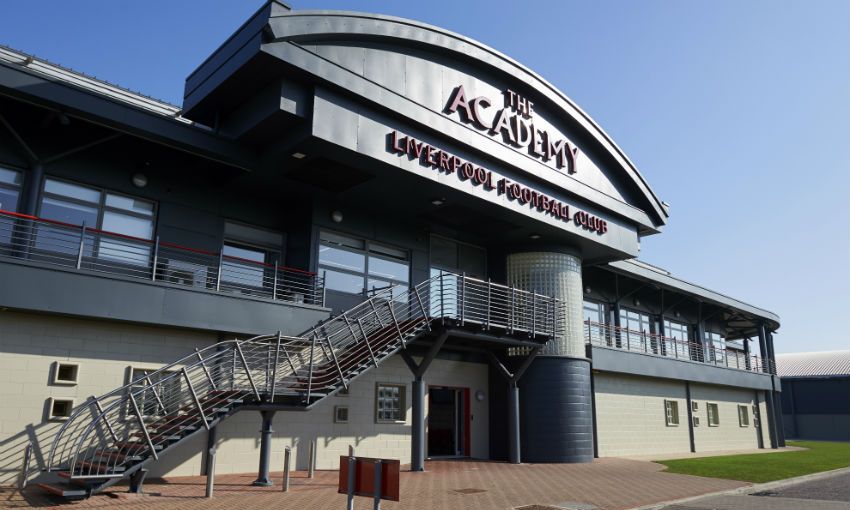 Catch up on another busy period of Academy football with our review of the key events for Liverpool's youngsters during February and March.

There were new contracts, an Anfield debut to remember for many of the squad, and first-team opportunities too.

Here are a few of the highlights you might have missed during the past two months... 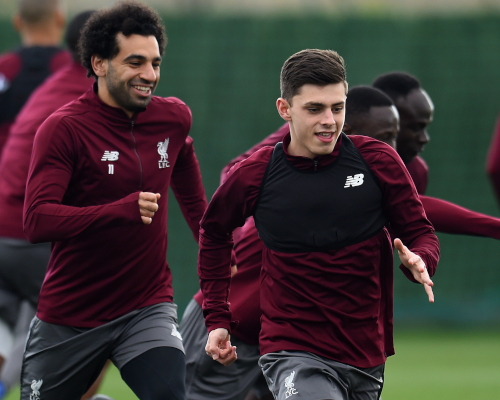 The month started brightly for the Academy when Adam Lewis was among several youngsters to travel with the first-team squad to Marbella for a training camp. The 19-year-old Scouser joined the likes of Nathaniel Phillips, Ki-Jana Hoever and Isaac Christie-Davies, alongside Curtis Jones and Rafael Camacho.

Reflecting on the opportunity, Lewis told Liverpoolfc.com: "It's an unbelievable experience, to be honest. [My aim is to] just to try to get on the bench or maybe in the squad for a Premier League game. Just to keep doing what I’m doing, to be honest.

"Everyone knows the manager gives opportunities and you can see it with Ki-Jana obviously coming off the bench [against Wolverhampton Wanderers in the FA Cup] with four minutes gone. So he believes in you as players and if you do well then he's going to give you that chance."

McManaman and Jones' invaluable support to the Academy revealed 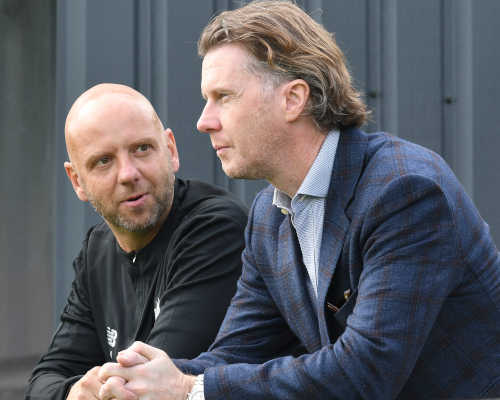 U23s boss Neil Critchley gave an insight into the influence Liverpool legends Rob Jones and Steve McManaman have had on the young players in Kirkby, with the duo regular visitors during the week and for matches.

"Their enthusiasm is incredible really and they are a huge help to me on a personal level as well. They are both very grounded and level-headed and they give you the right types of advice at the right time," he said.

"They are just good people and they don't realise sometimes the impact they have on me and the players. It's hugely beneficial for us and we are very fortunate to have two people, two ex-players, who are like that and long may that continue for us."

Glatzel nets his first goal at U23 level

A battling 1-0 away win at West Ham United for Liverpool U23s included a sweet moment for U18s captain Paul Glatzel.

The prolific striker netted the only goal of the game from close range to open his account at that level. 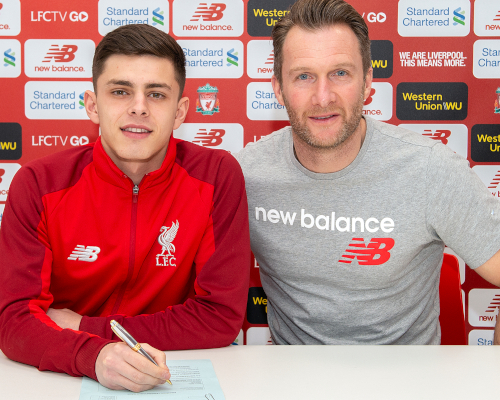 In February, it was announced Lewis had penned a new long-term contract to further prolong an affiliation with the Reds that began at U6 level.

The good news kept on coming for the Kirkby hopefuls, too.

A week later, U18s centre-half Rhys Williams - who joined the club as an U10 - signed his first professional Liverpool deal.

An 18th birthday present for Glatzel

Also in February, it was confirmed Glatzel had signed his first professional contract with LFC on his 18th birthday.

Born in Liverpool to German parents, the forward has dual nationality and has represented both Germany and England at youth level.

"I've been at the club for a long time and to sign a professional contract means a lot to me, and on my birthday as well made everything special. It couldn't have come at a better time and I'm excited," he told Liverpoolfc.com.

"It means everything. I've had some tough times with injuries in the past few seasons but I'm back playing again now, so to be back fit and getting the contract means a lot."

LFCTV GO: Catch up on the latest edition of the Academy Show

A return for Woodburn at the Vitality Stadium

LFCTV GO: The best of Woodburn's return at Bournemouth

Ben Woodburn made his comeback from injury as he played for 63 minutes during Liverpool U23s' 2-0 win over Bournemouth in the Premier League Cup at the Vitality Stadium.

It was the Wales international's first appearance for the Reds since November.

Heartbreak in Croatia as Euro run comes to an end

LFCTV GO: Watch the best of the action from Zagreb

There was disappointment for the U19 group as they bowed out of Europe after losing on penalties to Dinamo Zagreb in the last 16 of the UEFA Youth League.

Reflecting on an overall tournament that saw the Reds net five goals apiece against Paris Saint-Germain and Napoli, Barry Lewtas said: "It goes to penalties and that's the way it goes sometimes.

"I'm sure I will look back on it with fond memories at the end of the season. It was a shame it ended so early but I look back at some our performances, especially at home, we have seemed to play ever so well, scored a lot of goals and had a lot of attempts at goal as well."

Liverpool's youngsters bounced back in style from their European exit with a memorable 2-1 win over Watford at Anfield to reach the FA Youth Cup final.

Glatzel's double took his tally to 28 goals for the season, eight in this competition, on his debut in front of the Kop.

Lewtas' charges will face either Manchester City or West Bromwich Albion, who meet in the other semi-final on April 1, for the trophy.