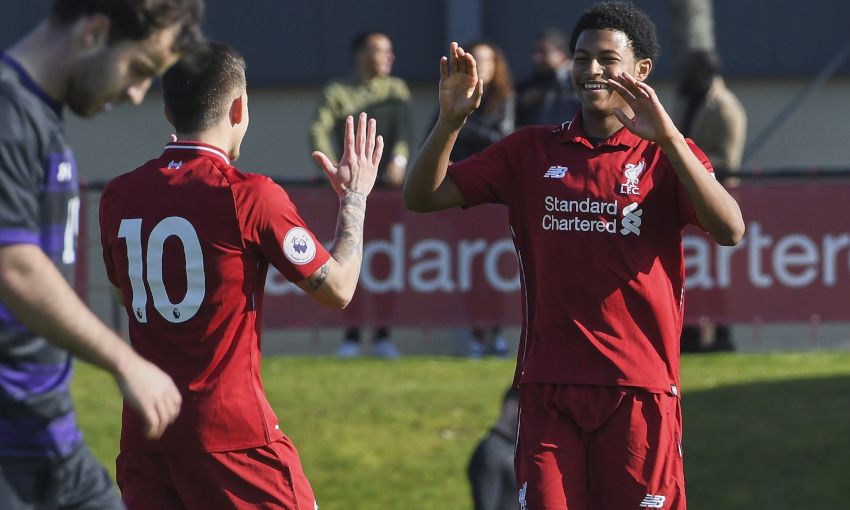 Neil Critchley hopes Rhian Brewster can build on his encouraging return to match action after the striker scored twice for Liverpool U23s in a friendly on Friday.

Having not featured since January 2018 due to injury, Brewster made his comeback with a 45-minute appearance against Northwestern University at the Kirkby Academy.

Teammate Alex Oxlade-Chamberlain watched on as it only took six minutes for the 18-year-old to appear on the scoresheet once again.

Brewster curled in a spectacular long-range effort before instinctively pouncing on a rebound for his second in an eventual 4-0 win for Critchley's side.

"It was great to have Rhian back," Critchley told Liverpoolfc.com. "He's been out a long time and we've missed him. It was great for him to finally get back playing in a game and to score two goals was brilliant for him.

"His first goal was a fantastic strike and then he was there to put the second one in.

"It's lovely to see him back, hopefully he will benefit from that and he can recover. Hopefully there's no issues - and I'm led to believe there isn't - and he can build on that."