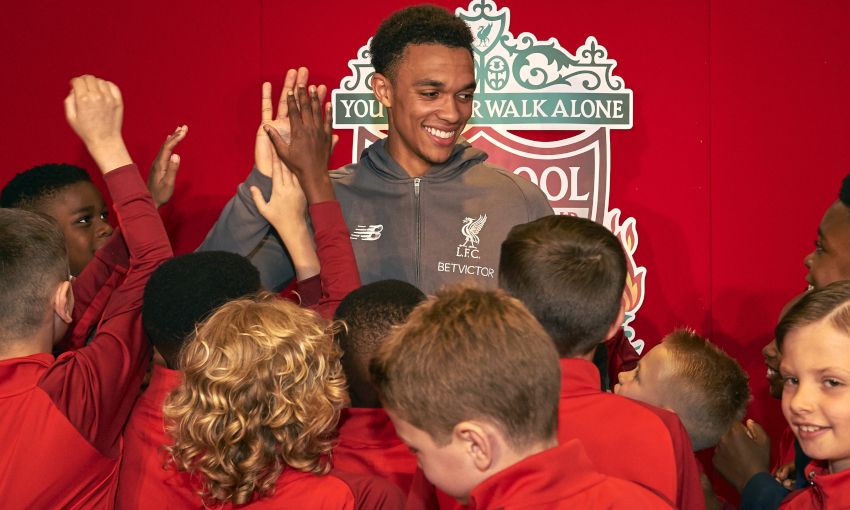 Trent Alexander-Arnold was the surprise guest as Anfield played host to a special day in the Liverpool FC calendar.

The Academy’s U9s’ signing day saw 26 young players pen their first deal with the club having come through a preliminary programme with head of pre-Academy recruitment and player retention Ian Barrigan and deputy Steve Gorst.

The players - plus family and friends - were welcomed to The Beautiful Game lounge by host Peter McDowall before a special message from Academy director Alex Inglethorpe as he spoke about what lay ahead for the boys and highlighted some of those players who had gone before them.

While food was served it was time to welcome Alexander-Arnold, who just 48 hours earlier had played a crucial role at Anfield in the Champions League semi-final against FC Barcelona. 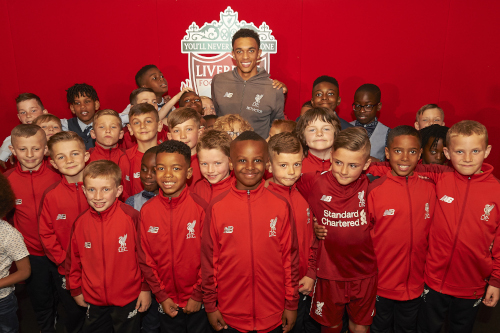 The 20-year-old Academy graduate spoke about the day he had signed for the club and urged the young players to enjoy their football and get everything they could out of their time at the Academy.

His mum Diane also spoke to parents about the journey ahead for them and how they could support the young players in the years ahead.

The players then signed their deals alongside Alexander-Arnold while pictures were taken with their families. LFC commentator Steve Hunter highlighted the qualities of each player as they came to the stage.

A set from Liverpool musician Jamie Webster, a visit from club mascot Mighty Red and a disco brought an end to a very memorable day.

Barrigan said: “It was a wonderful day and a great way to start the players’ journey with Liverpool FC.

“I’d like to thank Trent and his mum for sharing the day with us – he’s a wonderful example of just where days like today can lead.”