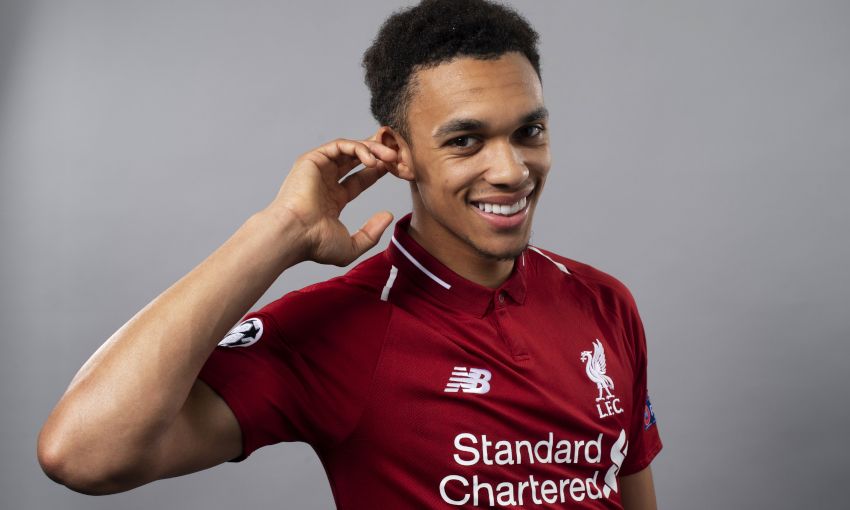 With Trent Alexander-Arnold on the verge of making history in Madrid on Saturday, Academy director Alex Inglethorpe has detailed the pride felt within the Kirkby complex at the progress of their Scouse graduate.

If selected in Liverpool’s XI in the Champions League final, the 20-year-old would become the first ever player aged under 21 to start consecutive finals in Europe’s premier club competition.

It was Alexander-Arnold who provided the key assist with the corner that led to the winning goal scored by Divock Origi against Barcelona that sent the Reds into the final just over three weeks ago.

And Inglethorpe believes the consistent displays of the No.66 throughout 2018-19 serve as inspiration for the current crop of Academy hopefuls.

He told Liverpoolfc.com: “It has been a good year for the young players. First and foremost, Trent has managed to establish himself as a first-team player.

“He has been there or thereabouts as a consistent starter so he can’t afford any complacency, but I think it’s been very good from an Academy perspective to see him progress the way he has.

“I’m desperate for him to win it [the Champions League].

“He has not been fortunate, because that would suggest that it’s all been luck, but over the course of your career you don’t get to play in the Champions League final every season.

“For him, first and foremost he played his part in a really good league campaign and he’s not had it easy because he had difficult moments himself which he had to overcome.

“I’m really proud of him and how he has done and I know the staff here would echo that: we are all proud of him.

“Trent is an inspiration for a lot of young kids here who want to emulate that.” 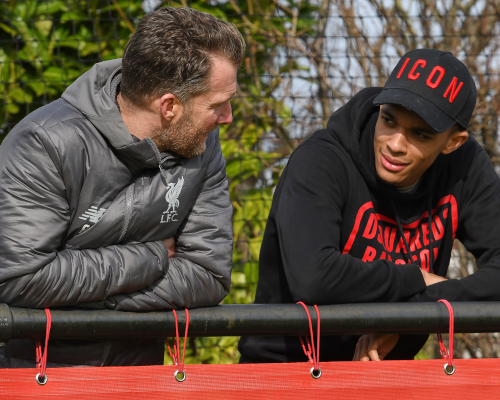 Recently, Alexander-Arnold was the guest of honour as the Academy unveiled their new U9 intake for next season.

After giving the youngsters some inspirational advice, the England international stayed behind to have his picture taken with the players and their families.

“The thing I’m most pleased is the way he has managed to keep his humility,” added Inglethorpe.

“When he comes down to the Academy he is the same lad, there are no airs and graces with him and he doesn’t come in any different.

“He is amazing around the staff and he hasn’t changed one bit. He has got his family to thank for that, I think.”

It doesn’t seem that long ago when Alexander-Arnold was captain of the U16s, playing in a central midfield role under the guidance of the now first-team assistant manager Pepijn Lijnders.

He then went on to captain Neil Critchley’s U18s before making his step up to senior level.

“You couldn’t write these things, could you? And that’s why we love football,” said Inglethorpe.

“It does only seem like yesterday, it really does, when he was playing [for the U16s] as a central midfield player, then as a right winger and right-back for Critch.

“He has had a lot of learning to do, but time flies doesn’t it?”

Alex Inglethorpe interview: How the Academy has adapted to lockdown