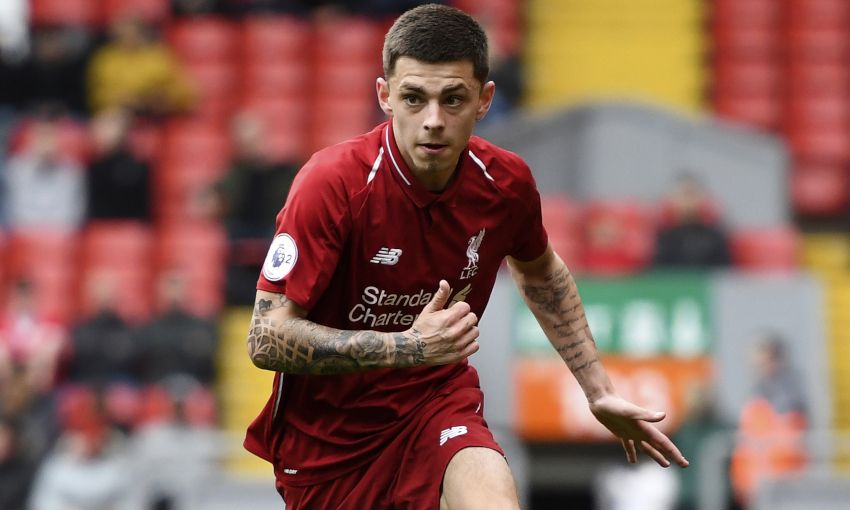 The departure of Alberto Moreno could be the perfect time for Academy hopefuls Adam Lewis and Yasser Larouci to impress Jürgen Klopp during pre-season, according to former Red Stephen Warnock.

Scotland captain Andy Robertson cemented the left-back berth as his own with a brilliant series of performances across the 2018-19 campaign.

With Moreno leaving Anfield, there may be an opening for the young prospects eagerly awaiting an opportunity in Kirkby.

As a regular watcher of Academy football through his work with LFCTV, Warnock has been following the fortunes of two left-backs in particular.

Nineteen-year-old Lewis, a regular for England U20s, will be hoping for a chance to impress Melwood staff when pre-season training gets under way this month.

Larouci, meanwhile, is coming off the back of a promising debut campaign for the U18s in a new role as a left-sided full-back.

Warnock told Liverpoolfc.com: "When you see one of the first-team players in Moreno leaving the club, Adam has got to look at that now and think, 'Is this an opportunity for me?'

"We know the manager will look at the youth and give them a chance, but I think he will also be looking to bring someone in as well.

"What Adam has to do is hit the ground running, make the most of pre-season and you have to try to press upon to the manager, so he has a doubt in his mind to think, 'Do I actually need to go and buy another left-back?'

"Can the likes of Adam and Yasser put a seed in the manager's mind of positivity towards the way they play?

"Adam can also play in a number of positions, including midfield, but sometimes when you have that versatility it can also be detrimental to you because a manager might say they don't know what your best position is.

"Sometimes you are better off nailing down a space and going after that position, very much like Trent [Alexander-Arnold] at the moment, who used to play in midfield and look at him now, he is one of the best right-backs in world football, certainly the most promising right-back.

"Adam needs to look at it and think, 'What is my best opportunity of forcing my way into the manager's plans?' And I think that is at left-back."

Following Lewis' elevation to the U23s last term, U18s boss Barry Lewtas faced a left-back dilemma at the start of the season.

He converted Larouci to the position from a winger and the decision paid rich dividends as he was a consistent performer in the back four, culminating in the club winning the FA Youth Cup for a fourth time after victory over Manchester City. 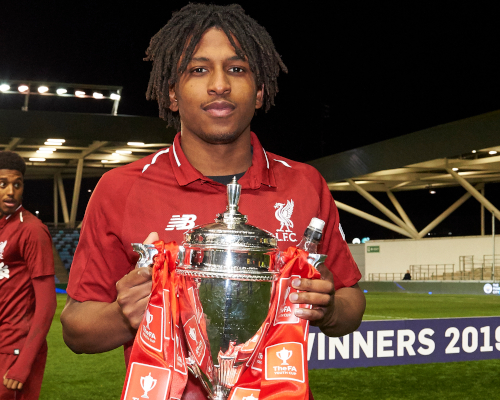 Warnock insists there is more to come from the 18-year-old.

"Yasser enjoyed a very good season," he continued. "When you have his running power and the way he likes to get forward, it actually suits him because he's not fazed when he gets wide and he has to try to beat a player.

"He has also got the speed to get back into position. Yes, he does need to get better defensively, but once he learns he has got that speed where not many people will beat him in a one-v-one situation.

"Yasser is very powerful and difficult to stop, so for me he is an exciting prospect and one that has adapted very quickly to the left-back role.

"I also think he understands the position quite well for someone who only played there for a short period of time.

"In the FA Youth Cup final, Yasser, for me, was one of Liverpool's best performers on the night.

"When you are looking for someone to take the game by the scruff of the neck and someone to get on the ball and make that happen, he was that player.

"He was superb on the night. Yes, he got caught out a couple of times, but he recovered well and will learn from that very quickly.

"Going forward, he is such an asset to have in your team and his fitness levels are great."