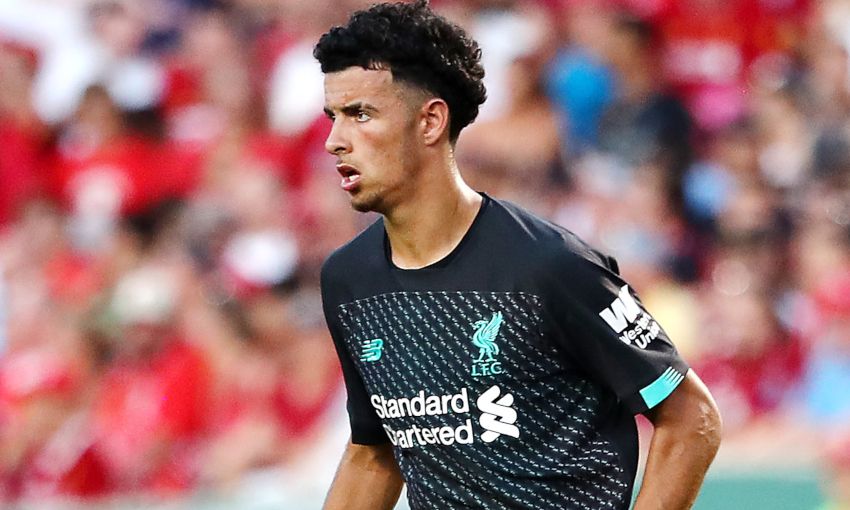 Neil Critchley’s side had opened up a 2-0 lead at Boreham Wood FC but the Gunners fought back to earn a share of the spoils.

The young Reds fielded the likes of Jones, Rhian Brewster, Ki-Jana Hoever, Herbie Kane and Sepp van den Berg in the starting XI after they featured for the first team at Milton Keynes Dons in midweek, while Harvey Elliott came off the bench in the second half.

The Gunners included right-back Hector Bellerin, who was picking up more minutes in his return to action from injury.

The visitors opened the scoring on the half-hour mark when a superb right-wing cross from Neco Williams found Jones at the back post and the U23s skipper slotted home.

Eight minutes later it was 2-0, following another move that developed down the right flank.

Kane swept in a great ball which found Jones, who established a two-goal lead with a lovely deft header.

Nathan Tormey pulled a goal back for the home side just before the break and the dangerous Folarin Balogun levelled the scores courtesy of a Bellerin assist.

Despite being pegged back, Critchley’s charges never gave up and fought hard to regain the lead.

Van den Berg headed over the bar and Elijah Dixon-Bonner fired over the top from an inviting position before Jones was denied his hat-trick by a fine near-post save from Matt Macey.

Reflecting on the outing, Critchley told Liverpoolfc.com: “It’s frustrating because it’s two points dropped. We should have won the game but we just didn’t do enough in the final third.

“Curtis scored two excellent goals, we dominated and were well on top in terms of possession. We could have got the winner but our final pass, final cross and final shot just wasn’t there for us.”