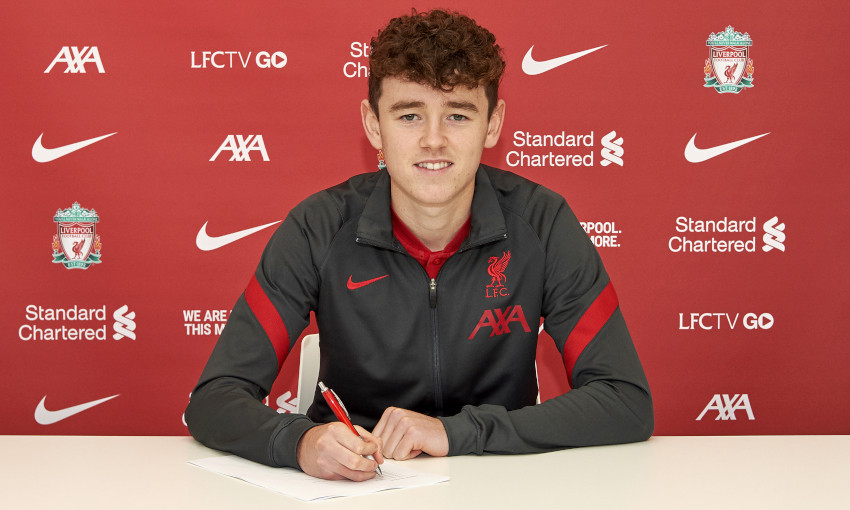 Tom Hill has committed his future to Liverpool FC by signing a new long-term contract.

The Academy midfielder enjoyed a rapid rise up the ranks last season, from making his U18s debut in August to appearing for the senior team in the Carabao Cup quarter-final by December.

It led to him penning his first professional contract with the club at the start of the year, a deal which was then extended in the summer.

And, having turned 18 this week, Hill was able to agree to a longer-term deal which will keep him with the Reds for a number of years to come.

He has been at the Academy since the age of six and is well known for his industrious, box-to-box work and his well-timed runs into the area, which helped him net nine goals last season.

Hill started this pre-season in similar goalscoring fashion for the U18s while also taking the captain’s armband on several occasions.

An injury in training saw him undergo successful surgery on his knee and he is now following a period of rehabilitation with the medical staff in Kirkby.