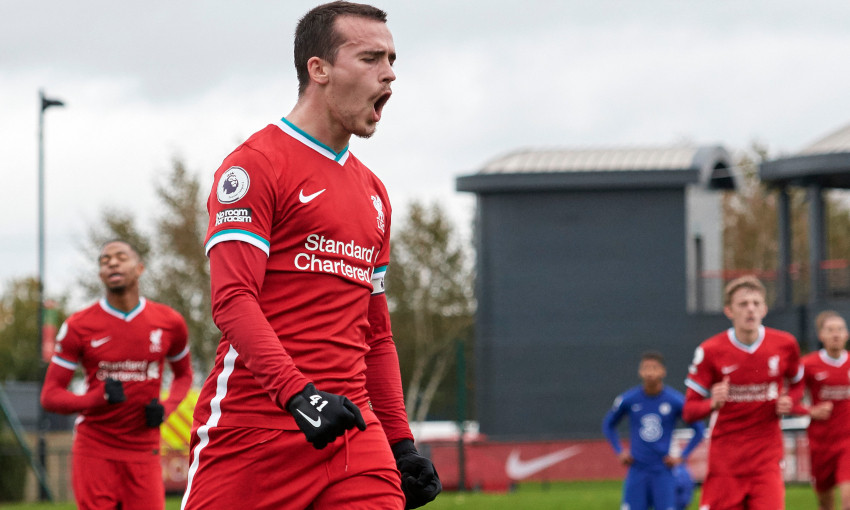 Liam Millar is on the hunt for more goals after netting his first of the season in Liverpool U23s' 3-1 win over Chelsea last weekend.

The Canada international kept his cool to slot home a penalty at the Academy and get off the mark in Premier League 2 – after he'd scored in style during a friendly victory against Salford City earlier in the month.

"It was good for me to get a goal and I was very pleased to get one," Millar told Liverpoolfc.com.

"It has been frustrating because I've hit the bar, hit the post, but hopefully now I can get some more goals. I was so happy to finally get my first goal of the season and I feel like I can really start to get going now.

"I thought it was a really good performance from the lads. We came out fast and flying and caused them a lot of problems.

"We know Chelsea like to play and we knew if we could get into them we would make it a tough game for them."

Millar has captained the U23s in recent weeks and is thriving on the added responsibility.

"I personally am really happy because I want to add that extra responsibility to my game and be a bit more of a leader," he added.

"There's no better place to learn that than here at Liverpool, so I'm very happy Barry [Lewtas] has trusted me to be captain. I'm sure when Paul Glatzel comes back he will be captain and I will give it back respectfully because he is the captain.

"I'm just happy to get this opportunity."

Liverpool U23s return to action on Friday night when they face Arsenal at Boreham Wood FC in a behind-closed-doors fixture. Extended highlights will be available on LFCTV and LFCTV GO on Monday.