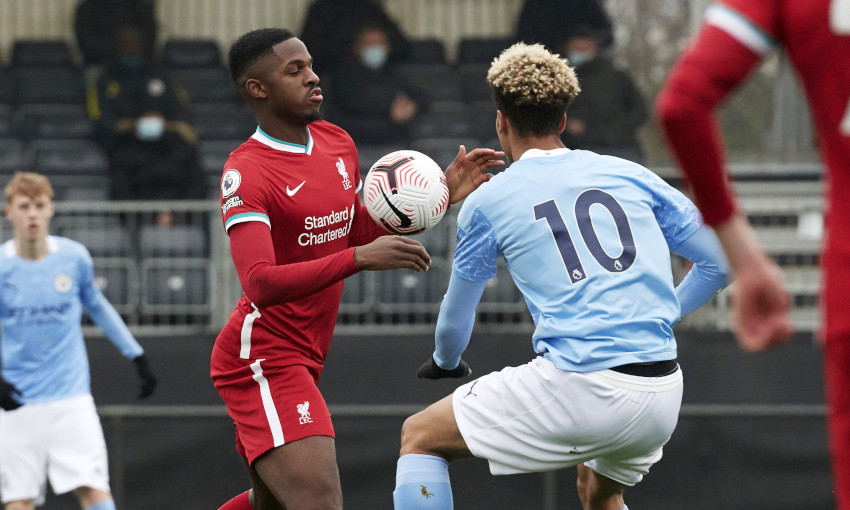 Liverpool U23s endured a difficult afternoon as they were beaten 7-2 by Manchester City in Premier League 2 on Saturday.

Barry Lewtas’ side, who had moved to the top of the table last weekend, were three goals behind at the interval in Kirkby.

And though the young Reds briefly threatened comebacks with goals from Tyler Morton and Tom Clayton in the second half, the visitors went on to ensure all three points.

Liverpool had created the first chance of the game when great work from Owen Beck down the left saw him cross for Layton Stewart – stepping up for his first U23s start this season – whose effort was parried by the goalkeeper, who also turned away a follow-up from Luis Longstaff.

But it was the visitors who took the lead on 20 minutes after a defensive lapse from the hosts. Billy Koumetio was dispossessed in front of his own goal and Cole Palmer had a simple task to finish past Caoimhin Kelleher.

City soon stretched their lead as a loose ball on the edge of the box was caught perfectly by Adrian Bernabe, with his powerful shot giving Kelleher little chance.

That proved significant because, on the half-hour mark, City bagged a third. Kelleher came out well to deny Tommy Doyle, only for the ball to fall to Palmer, whose impressive touch floated the ball over the goalkeeper and into the far corner.

Kelleher denied a strong effort from James McAtee and Felix Nmecha shot over in the last five minutes of a half which ended with work to do for Lewtas’ charges.

And a comeback looked possible within three minutes of the restart as the Reds reduced the deficit.

Captain Liam Millar produced a typical burst into the box and when his effort was half-cleared, Morton was there to volley home.

City hit straight back, though. McAtee’s dangerous delivery went all the way across the front of goal without a finishing touch but when the ball was recycled, Liam Delap was on hand to fire in from close range.

Liverpool almost had a second after a fine ball from the right from Conor Bradley was met by a sliding Stewart, but he could not find enough contact to convert.

It did not take long, however, as Clayton continued his fine recent scoring run in the 57th minute. Leighton Clarkson swung over a corner from the left and Clayton headed low into the corner with the minimum of fuss for 4-2. 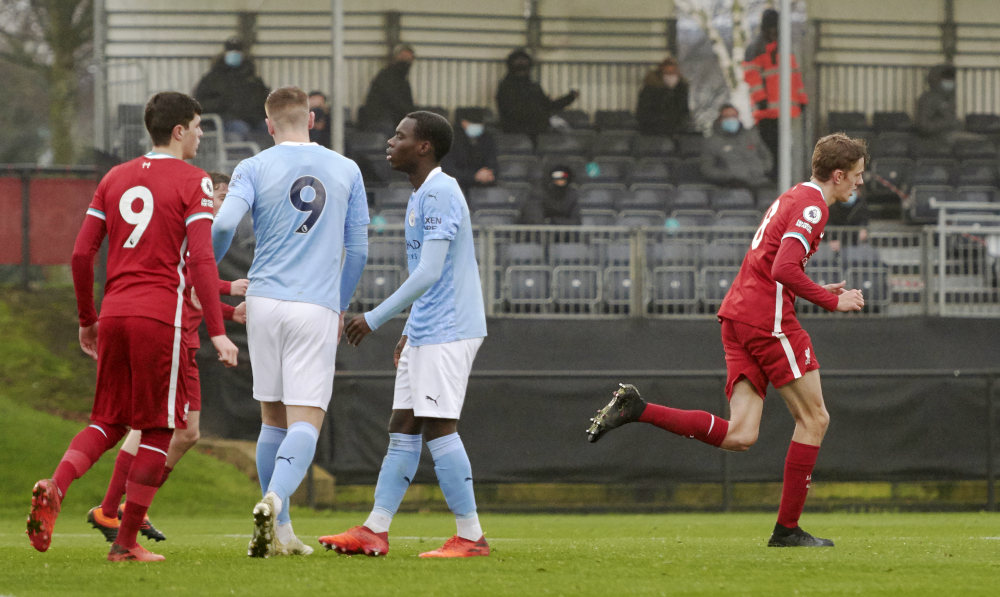 Koumetio made a superb covering tackle to thwart Delap after Liverpool gave away possession in their own half, while Kelleher prevented Palmer from completing his hat-trick from a narrow angle.

But City increased their advantage again with 20 minutes left, Delap clipping cleverly past Kelleher for his second of the game.

The Clayton and Clarkson combination nearly brought the Reds closer once more, with the latter’s precise free-kick headed narrowly wide by the holding midfielder.

But any hopes of a recovery were finally quashed when substitute Ben Knight rifled a shot past Kelleher with 77 minutes gone.

And finally, the referee’s decision to award City an indirect free-kick for a back pass just a few yards from goal saw Doyle’s powerful strike defeat the wall of 11 Reds on the line seven minutes from time.