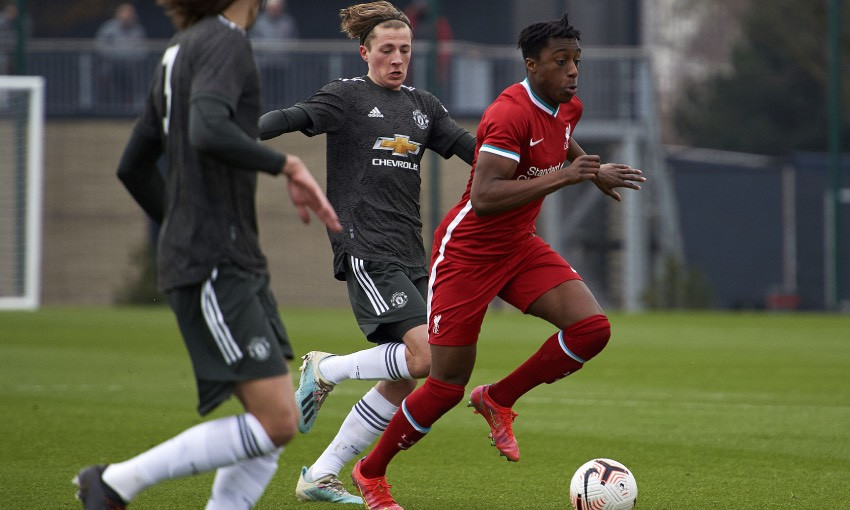 Liverpool U18s were unfortunate to be beaten 1-0 by Manchester United at the Academy on Saturday afternoon.

Charlie McNeil’s 35th-minute goal was enough to secure the three points for the visitors.

The young Reds, who welcomed the return of James Balagizi and Luca Stephenson from injury, pushed hard for a leveller in the U18s Premier League North encounter but were denied numerous times.

Marc Bridge-Wilkinson’s side looked bright in the opening 20 minutes of the contest.

U16s striker Ethan Ennis looked to break through clear on goal after being played in by Melkamu Frauendorf, only for United’s Will Fish to make a last-ditch challenge to thwart the danger.

Kaide Gordon was unable to add a finishing touch to his superb run from deep as he fired straight at United stopper Radek Vitek, having cut inside from the left. 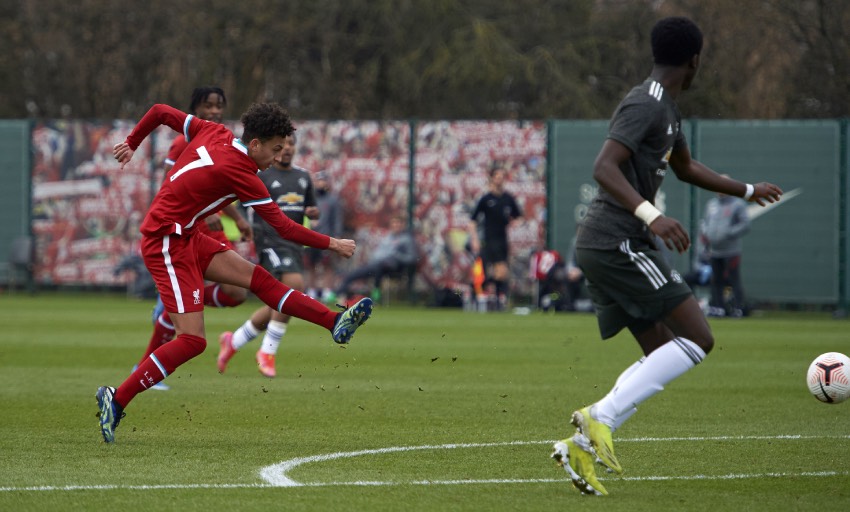 United then applied pressure on the hosts and it led to a breakthrough, with McNeil accepting an easy finish after Jakub Ojrzynski could only palm out an Alvaro Fernandez cross.

Mateusz Musialowski came close to equalising a few minutes prior to half-time as Vitek was a match to his good effort.

LFCTV GO: Watch the best of the United action

After the break, United came out looking to double their lead. Joe Hugill fired fractionally wide with an angled drive from the left before Ojrzynski pulled off a brilliant save to deny Dillon Hoogewerf.

Liverpool did respond well but just couldn’t find a way through Vitek in the United goal.

The ’keeper saved at the near post from Musialowski’s shot after a run into the penalty area and then thwarted second-half substitute Max Woltman to earn the visitors the victory.