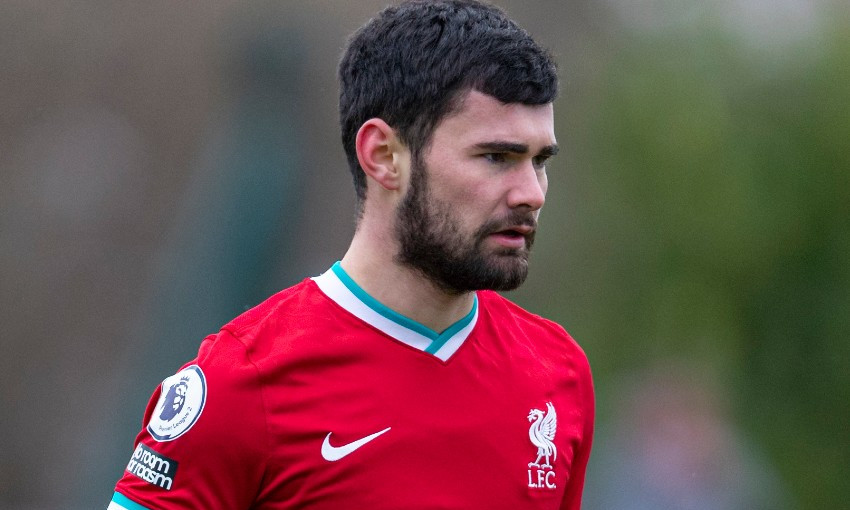 The striker put Barry Lewtas’ team ahead just five minutes into Sunday’s Premier League 2 match at Snows Stadium and netted again shortly before the break, after Luke Pearce had equalised for the Saints with quarter of an hour gone.

Lewtas, who made eight changes to his starting XI with several members of his squad having prepared for and played in Saturday’s internal match, told Liverpoolfc.com: “We trained together with this group all week and I was really pleased with the performance today.

“Southampton have a similar way of playing to their first team so we knew what kind of shape they would use and how they press. The pitch was a little bit tight and small so we knew we would be under pressure when we tried to build the play.

“The game set up in that way but we were able to get at them. I thought we pressed them ever so well and the first goal came from a really good spell of pressure.

“We were disappointed with their goal, but there are probably a number of reasons around that: we were settling into the game and we did make a lot of changes [to the line-up], and the ball over the top just caught us out.

“But we settled back down again, we played some good stuff and then we were able again to pinch the ball off them and score the second. So, yeah, I’m really pleased.”

Lewtas went on to praise Hardy and his attacking partner, Fidel O’Rourke.

“Joe knows how to finish! They were predatory goals. He took his second one really well, through one-on-one with the goalkeeper. He’d had another chance just before that from a narrow angle which the ‘keeper had saved,” he said.

“It’s up to us to try to create opportunities for Joe to score and then it’s over to him, really. If we get the ball to them in good positions then we do believe that, in Fidel and Joe, we’ve got two centre-forwards there who will score us goals.

“I was really pleased today with how the front two worked together, they were fantastic for us. Joe got the goals but it was certainly a partnership up-front that won us the game today.”