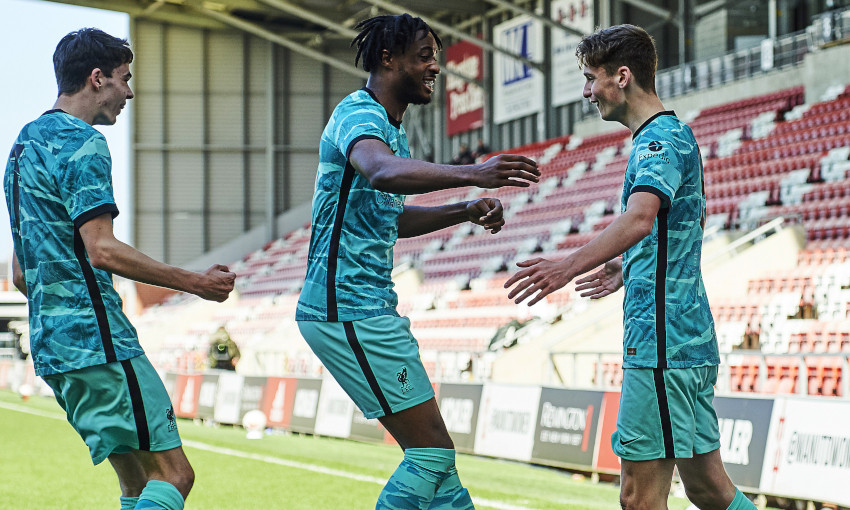 Marc Bridge-Wilkinson hailed the character and determination of his Liverpool U18s side after they reached the fifth round of the FA Youth Cup.

Tyler Morton netted his 10th goal of the season in Saturday's fourth-round tie against Manchester United at Leigh Sports Village.

His first-half effort proved enough to secure a 1-0 win, though the young Reds had to show commendable resilience to progress, especially once they were reduced to 10 men following a red card for James Norris.

Bridge-Wilkinson acknowledged his team were not at their best in terms of their usual fluency going forward, but was delighted by the players' togetherness.

"It was a difficult day for us and I don't think we really performed with the ball in possession like we normally do, but you've got to give credit to the lads because we stuck at it," he told Liverpoolfc.com.

"We had a wonderful moment of quality in the first half to get the goal. It was a great ball in and Tyler with a well-timed run and finish, and the passage of play leading up to the goal was really good.

"Manchester United had a lot of the ball, too much for what we would want it to be, but when you are in situations like that you can only play the game that's in front of you and the lads coped really well defending, towards the end of the game especially." 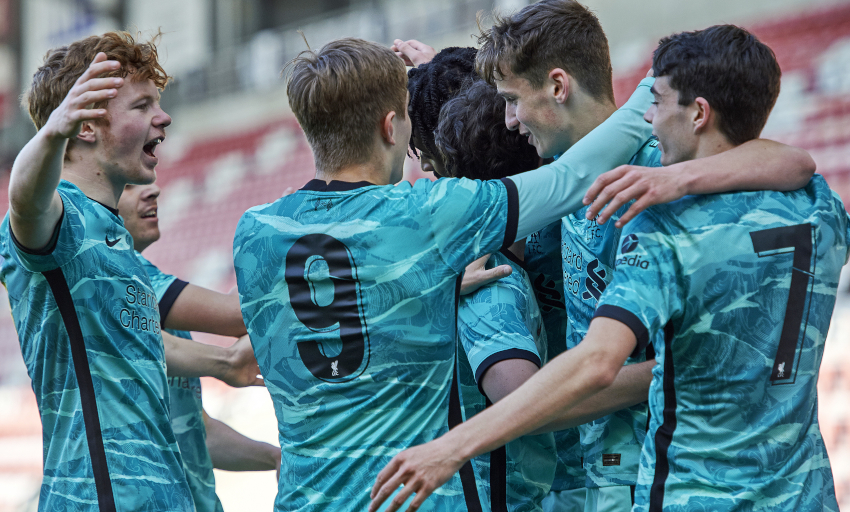 The manager also had special words for captain Jarell Quansah and Billy Koumetio, who were rock-solid figures at the back.

"We weren't at our best today but the lads stuck at it and Billy and Jarell at the back, especially the second half, I thought they were fantastic," added Bridge-Wilkinson.

"We defended really well as a team and as a group and we managed to restrict their shots at our goal.

"They put a lot of balls into the box but we defended properly and our goalkeeper Harvey Davies, who was excellent, of course.

"The lads did everything in their power to defend the goal today, so even though it wasn't our finest day in terms of the performance, it was a really good result and we are really pleased to be in the next round."