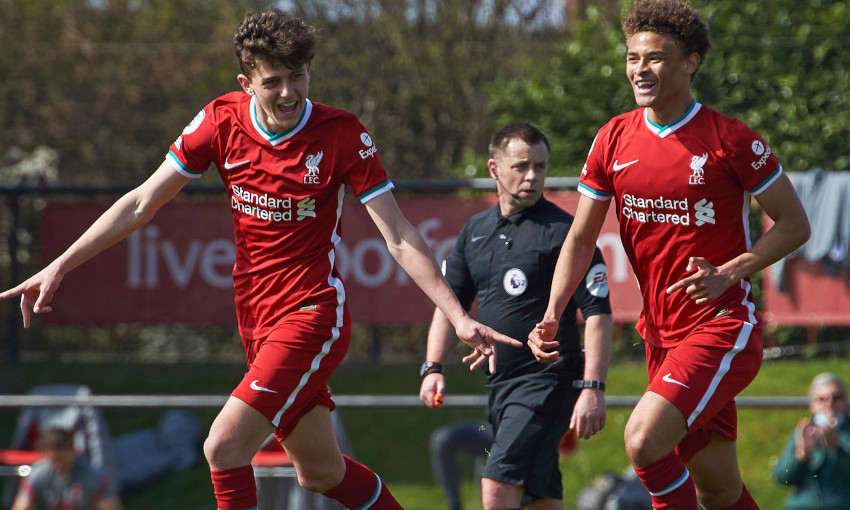 It was a display of commendable character and determination from Barry Lewtas’ side as they continued their excellent recent form to climb to fifth in Premier League 2.

“It was a brilliant game to be involved in and I was just happy to help the team to get the winner,” Beck told Liverpoolfc.com.

“I’m pleased to get my first goal for the U23s and with my right foot as well!

“I gave Tony [Gallacher] the assist for the second goal and he repaid me for the winner, which was a great feeling.

“It’s what I love doing, getting assists from full-back, and the winner topped it off really.”

Beck feels the team can take encouragement from the patience and belief they showed against Brighton as they now prepare to tackle Manchester City in PL2 on Friday night.

“Brighton were a good team, to be fair, and defensively they were very good and well organised and compact,” he said. “It was tough to break them down, but in the end we managed to do that and get the job done.

“We can take a lot of confidence from this win and we want to keep our good run going against City now, which will be another tough game on Friday.”

Beck was called up to the Wales U21 squad for the first time during the March international break.

And although the defender did not feature in the games, he considered the opportunity another positive step in his development.

“It was a good experience to be involved with the U21s for the first time and hopefully I can get more opportunities in the season,” added Beck.

“I’m really enjoying this season so far, it’s been my best one to date and I feel like I’m kicking on now.

“I just want to work as hard as I can, keep improving every day in training and help the team.”